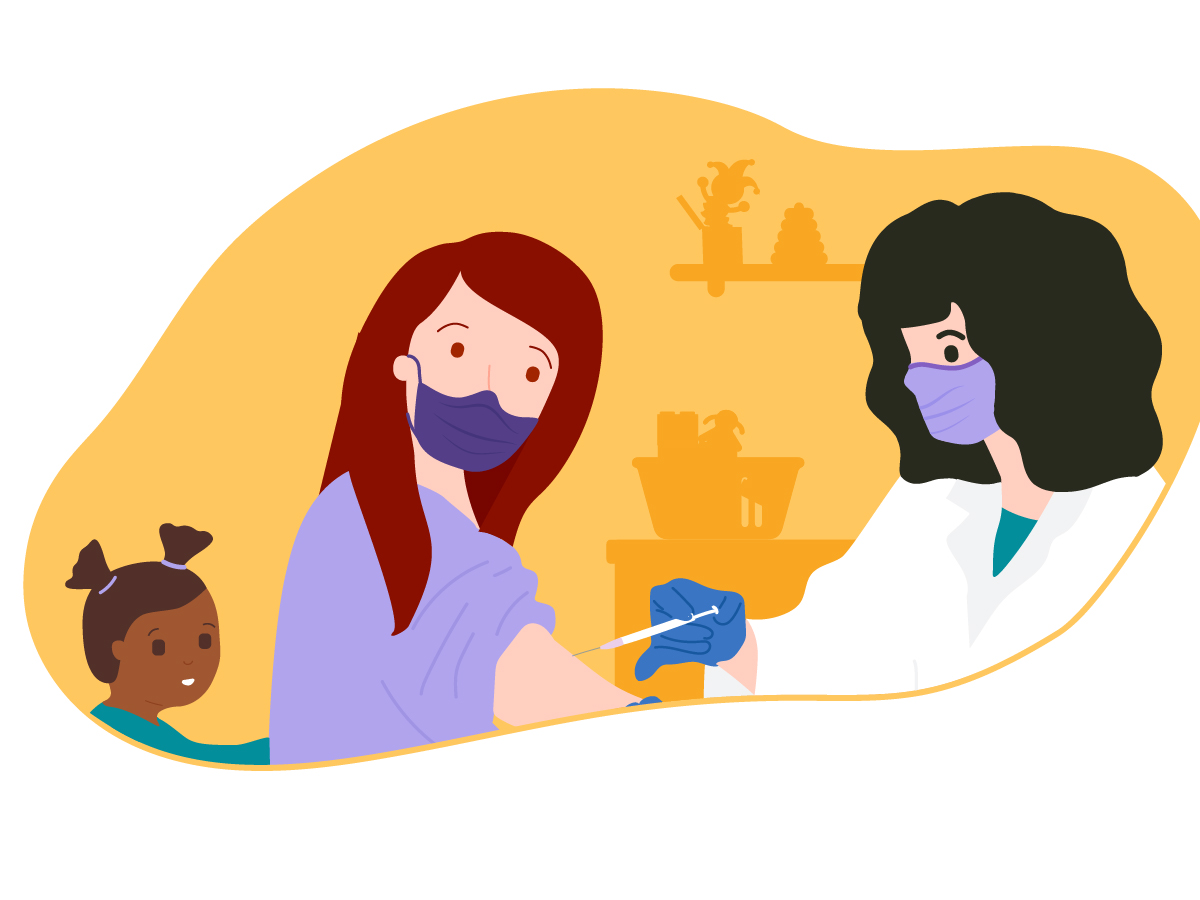 A sensible argument to stop treating the workforce like an afterthought 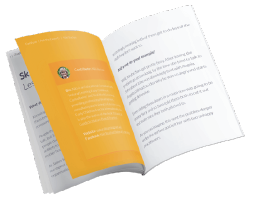 The skills you need to successfully manage staff. What they are, why they matter, and how to improve the ones you have.

You’re walking every day into a place where you can’t really stay at a distance, in a world where we’re all meant to be at an arm’s length.

It doesn’t get said nearly enough, but thank you for that.

As a result, there’s a lot of debate right now about vaccinations and the Early Years workforce. As one of the few sectors who are being asked to remain fully open, and one of the very few who do so without any real protection from the snot, spit, and germs of those who come in, you shouldn’t be at the back of the queue.

But what can you do about it? The #ProtectEarlyYears campaign, organised by the Early Years Alliance, NDNA, and PACEY, has made a great start, raising awareness and pulling the sector together. We wanted to join in the discussion with this explainer article, to help catch you up to speed.

I’ll go over some of the latest scientific evidence related to Early Years and the virus, before trying to piece together some of the strongest arguments for prioritising Early Years teams like yours for the vaccine. Finally, for those of you feeling a little helpless, we’ve got some actions you can take, which you can skip straight to by clicking here.

But first, a question, and an important one. Why exactly is the Early Years sector being asked to stay open?

Why is Early Years being asked to stay open in Lockdown 3?

As you’ll see in the roundup of scientific evidence below, the risk of harm COVID-19 poses to young children themselves is low.

And this is being pointed to by the government and their advisors as the main reason why they are keeping Early Years provision open. “One of the very few things that’s positive about this virus is that it, relatively, affects children less,” explained Chief Medical Officer Chris Witty when he was asked about why nurseries remain open on BBC Breakfast, looking very much like a man who hasn’t slept a whole deal since 2019.

Of course, the thing missing from this explanation, as you’ll see below, is that children can still transmit the disease. In Early Years settings, they can contribute both to the spread of the virus directly to vulnerable adults, or to healthy adults who can easily pass it on before they realise they’re sick.

So why is that a risk worth taking? Well, in that same answer, Witty explained that politicians are having to balance making life possible, while minimising the amount of interactions that happen in society. Because, “It is important for some people to be able to get out to work and nurseries do allow that to happen.”

And while there is huge disagreement amongst the sector about whether that is worth the risk to staff, what he says is right. Your work keeps the rest of the country going.

Whether the decision to remain open or not is the right one, I can’t definitively say. But to ask you to do so without a safety net, any protection, or the financial support early years businesses need, is definitely the wrong one.

As the CEO of the Early Years Alliance, Neil Leitch spends his days trying to fight for the sector. It’s been a hell of a year to have that job. When we spoke, he wasn’t entirely convinced by everything Witty said.

“In an environment where there’s no social distancing – wiping snotty noses, wiping tears – adults are exposed,” Neil explains. “The focus around the safety of settings should shift to adults and not facts and data around the children. It should be about closely analysing the transmission and infection rates with our staff.”

What is the scientific evidence around COVID transmission in The Early Years?

While we do know that the incidence of cases for children 0-9 is the lowest, and 70-80% of children who get COVID-19 are asymptomatic, the data on infection rates spells out the story for those children generally, not just those in Early Years settings.

But cases in settings are on the rise, with 604 reported last week, and that still doesn’t tell us enough about the role of young children in transmitting the disease because their lack of symptoms means they’re less likely to be tested.

Indeed, reviews of the data tell us there is not enough evidence to say conclusively that transmission is lower in children than adults.

The point is that Early Years is not magically immune from the virus, and in most cases they reflect the infection rates more generally. Research does suggest that they don’t elevate that rate as significantly as other places in the community might. But that might not be good enough when rates elsewhere are so high.

Should Early Years Staff be the first in the queue for vaccinations then?

Put simply, no. You would struggle to find anyone who thinks healthy Early Years staff should jump to the very front of the queue.

Andy Matthews, who opened the Nest Royal Wharf Day Nursery just a handful of months before the pandemic began in December 2019,said he completely understands the need to prioritise the most vulnerable first.

“We’re looking to limit the number of deaths and that’s the most important,” he explained to me, “my gran was vaccinated in December, and of course that’s a huge weight off my family’s mind.”

But beyond the most critically vulnerable, there has to be a move to protect those on the front line who are best placed to get society functioning again.

“We are providing the opportunity for a lot of parents to be able to function as normal at home and emergency services need to function too,” Andy explained, “that’s why it’s important that we maintain provision in nurseries for them.”

If you are going to continue to be asked to stay open, you should be prioritised as soon as the most vulnerable in society are safe.

The case for prioritising the vaccination of Early Years Staff

Currently, Andy tells me, he sits 39 millionth on the list. Here’s why that’s not good enough:

1. We need to protect a vulnerable workforce
“When you have asked a particular element of a sector to remain open, when you’ve closed every other part of it, as they have here with Early Years Education compared to schools, you should prioritise it with vaccinations, testing and the assurance of focused clinical evidence,” says Neil.

As we’ve explained, while children are safe, they can still transmit the disease. With masks not always a feasible option, and social distancing difficult, the risk for cross-infection to adults can be high.

All this means that the government simply cannot treat early years teams like essential workers when it’s convenient, and then avoid policy that protects you when it’s not.

The recent boost in testing programmes for Early Years staff, as announced by Early Years Minister Vicky Ford, is a good start. But it should come with confirmation that you will be prioritised for vaccinations to reflect how vital your work is and ensure that soon, you will have the precautions to protect yourself and your loved ones.

2. We need to stop the spread of the disease
“The data does suggest that the danger to children is very very small, and that it is a safe space to be in for children,” Andy explains. “But the fear is that if the child has it, and takes it home, that could be really difficult – how could a vulnerable or sick parent look after the child,and what if they’re a single parent? And if they have family members who are at risk, that’s of course a danger too.”

If your teams are some of the few people in society interacting daily, and closely with others, then it seems logical to protect them.

3. We need to make sure key workers can still access childcare
One thing that the pandemic has revealed to parents in particular, is how important early years settings are in keeping our critical workers able to do their jobs. Just ask

If transmission between children and staff increases, we risk losing that.

“It’s all well and good keeping nurseries open and ‘allowing’ them more income from other parents who are deemed non-essential,” explains Andy, “but if they hemorrhage their staff team because of a couple cases of COVID, they won’t be able to stay open for anyone.”

And if that happens, then the infrastructure keeping the NHS and other emergency services open, may start to buckle under the strain. Andy has currently only had to close a small bubble of children once in the last year, but more broadly, there are reports this is happening more and more often.

Just this week, LEYF’s CEO June O’Sullivan explained that she has been forced to close more bubbles in some of their 39 settings, leaving many essential workers without care.

“This country needs an Early Years workforce immune to this virus,” she said in her letter to MPs this week, “rather than one which is seriously debilitated by illness.”

What can you do to support?

Talking about this is one thing, doing something about it is another. Here are a few actions you can take: