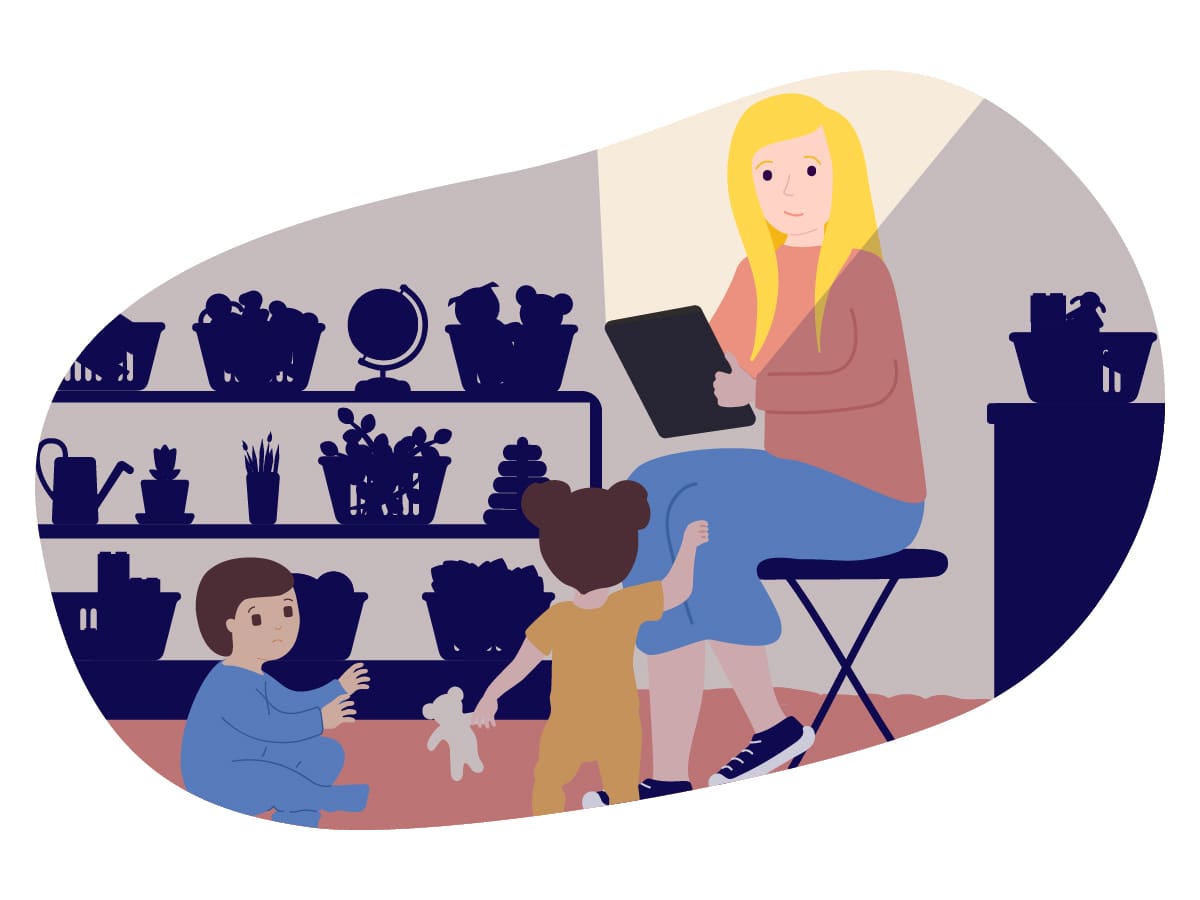 The end of EYFS tracking: why EY software needs to change

Let’s note, understand, and share development - without interfering in it.

Let’s note, understand, and share development - without interfering in it.

We’ve got a new EYFS coming. There’s new guidance, and lots of important talk about reducing your workload - we especially like that last bit.

At Famly, we want to help. How? By putting an end to unnecessary tracking in the Early Years.

We don’t mean the end of observations, assessments and planning to help children thrive - that’ll always be at the heart of any great early years provision.

But it is time to end pointless data collection to prove your children are progressing ‘right’. Time to stop producing evidence for Ofsted too - not least because they say they don’t want it anymore.

For lots of you, there won’t be much to change with the new EYFS. For others, it might be about tweaking how you do things and unburdening yourself from a whole load of data collection that was just putting more pressure on you.

We’ve worked with Ofsted, the teams behind Development Matters and Birth to Five Matters, and a whole load of our settings across the UK as we prepare for the changes. If one thing is clear, they all want to see less paperwork in the early years, and more time with the children. We hope we can help.

As these changes fall into place, we’ll be here every step of the way. We’ll be talking with settings of all shapes and sizes and explaining how they’re adjusting to the changes ahead.

First though, we wanted to take the chance to explain why we’re making a change, and how we got to rely so heavily on digital documentation and endless tracking in the first place. And ultimately, what we’re going to do instead.

In every single edition since it was first published in 2012, the Development Matters guidance came with statements, or examples, to help explain what typical child development can look like at certain ages.

It’s become pretty common to use these to track progress. Right now, it’s one way you can track progress in Famly too, and we call it statement-based tracking. You tick off examples in observations or assessments, and you get a graph to show you how the children are doing according to their age.

You’ll find this process in almost every single digital tool, and plenty of paper-based options too.  When we first started out, it was what a lot of people expected and asked for - so we added it in.

And yet on every single page of the Development Matters guidance, it said this was the wrong approach.

“The development statements and their order should not be taken as necessary steps for individual children,” it read. “They should not be used as checklists.”

That’s why we’ve decided it’s time to get rid of statement-based tracking in Famly.  Because the problem is that those statements represent far too narrow a picture of child development. As the new Birth to Five Matters document says, development is more like “dancing around a ballroom than climbing a ladder”. We can’t really expect children to go through the same steps one after the other as they progress through their early years - something I’m sure you all already know.

1988The National Curriculum first introduced the idea of Key Stages.

2008The EYFS is here, combining the Foundation Stage and Birth to Three Matters frameworks.

2017Famly launches observations and learning journeys, following in the footsteps by allowing practitioners to tick off statements and track based on that.

2019The DfE release the first details on the new EYFS, with one of the primary aims being to “reduce workload and unnecessary paperwork so you can spend more time with the children in your care”.

2020We begin to consult with sector experts and Ofsted on changes to Famly’s child development features.

2020In a webinar with Famly, Ofsted’s HMI Wendy Ratcliff said “Ofsted will not want to see tick lists, tracking or assessment data.”

2021The EYFS becomes statutory, and Famly will release our new approach to child development and software.

Why did we come to rely on tracking progress?‍

Eager to support settings, resource suppliers sold PDF checklists for progress, which were then digitised by software suppliers. This further snowballed the expectations placed on you, the practitioner. We’re a part of that too. Now, with more than 2,000 early years settings using Famly, we have a responsibility to help guide you through these changes.

But as Beatrice and Julian Grenier, the author of the new Development Matters, point out, it’s not just software to blame. In lots of cases, the process of collecting data, proving progress and noting evidence for Local Authorities and Ofsted can drag us away from the truly valuable task of being with children in the moment.

“The assessment practice that makes the most difference to children’s learning is feedback in the here-and-now.” Julian writes. “Sadly, burdensome data collection and tracking leaves some early years practitioners feeling too exhausted to use assessment effectively.”

In part, the process of tracking has become an easy way to ‘prove’ that you had ‘done’ the education (so that you could get back to the real work of actually educating). It came about from a lot of pressure to ‘do’ child development tracking for people other than the children. Obviously, that’s not what the Early Years should be about.

As Ofsted, the DfE and experts are working to remove those pressures, it’s time we software providers did the same.‍

So what’s the point of EYFS software?‍

If we no longer need to collect data just to prove to Ofsted or anyone else that children are progressing, why do anything? We still believe there’s a huge value in EYFS software, not least because tools like Famly also help to ease a whole lot of other administrative burden like invoicing, registering children and keeping in touch with parents.

But as for child development software, after a lot of a discussion, we came down to two main areas where we have a role to play:

Put simply, we’re going to help you to note, understand and share children’s development, without interfering in it.

So how are we going to do that?

If this is the End of Tracking, what instead?

Fundamentally, we want to give you more flexibility to do things your way, and more ways to be inspired by others, with fewer tools that take you off track.

With Famly’s new release, you won’t be able to link observations to statements in Development Matters, or see any kind of statement-based tracking. We want to help you to do fewer, more high-quality observations and make best-fit assessments of your children using all your knowledge — but only as often as they need them.

And we won’t stop there. We’ll be working with all sorts of experts and settings to talk about how they do things right here on the blog, to help inspire your practice.

But that doesn’t mean that you have to throw your Development Matters, Birth-to-Five Matters out the window, or toss your own painstakingly-crafted curriculum guidance in the bin. Far from it, in fact.

Books aren’t meant to be turned into ticklists, and that’s what these documents are - books and guides to support you. As that’s what they’re good at, in Famly you’ll be able to choose your preferred documents, and then read them as reference material when you come to make observations.

We’ll also be making it easier to build in and make judgements against your own curriculum with our special curriculum builder.

Don’t forget you can watch back our special webinar with Julian Grenier and Wendy and Phil from Ofsted It’s all about tracking, assessment and what you are (and aren’t) expected to do for the children in your setting.

Guide to navigating the EYFS 2021 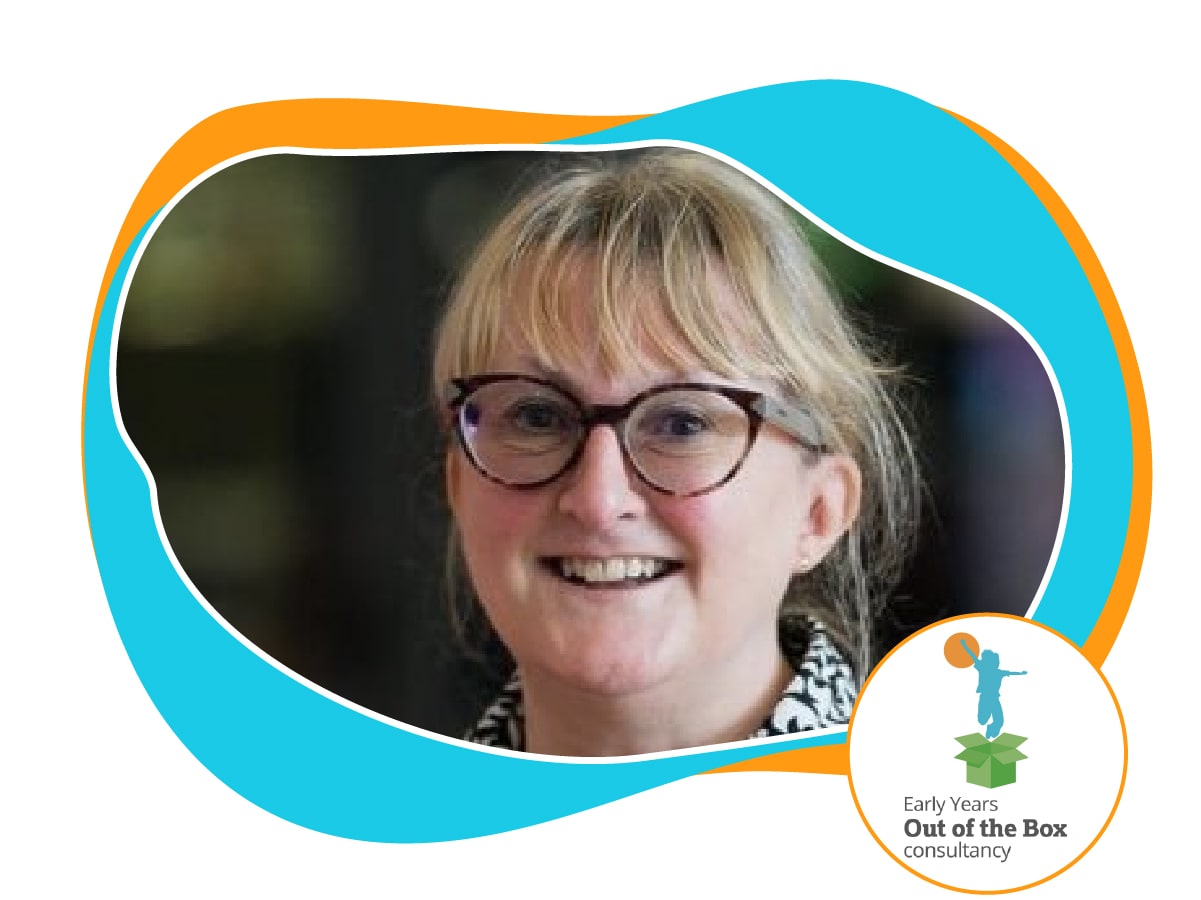