Want a quick run-down? Here are the main points:

Now picture the same scene if you don’t speak any English. The hustle and bustle of the setting will be even more overwhelming, as words of comfort just won’t do. They’ll just sound like gobbledygook.

Including children who have limited or no English at all can be a real challenge for practitioners. How do you get them involved in the routines of your setting, or help them communicate with the other children?

We’ve written about why respecting and including a child’s culture is so important in the Early Years, but making the child feel safe and comfortable in your environment is the first step to EAL inclusivity.

Helena Meineck, winner of the Famly Children’s Champion Award 2020, gives her insight into the daily routine in her multicultural setting, and has 6 of her top tips for those of you with EAL children in your care. All children are unique, and you’ll know what works best in your setting and when to adapt to best suit your children, but these tips are a perfect starting point.

Whether you’ve had years of experience welcoming EAL children to your setting or have no idea where to start, these tips will help you evaluate and reflect on how we include and welcome multilingual children in the Early Years. ‍

1. Find out what they love‍

In order to make children feel comfortable, safe and relaxed, find out what they’re interested in.

“Chat to the parents and find out what they like, what they dislike. It’s a really powerful way to get them engaged,” says Helena.

Are they a huge fan of fairy tales? Winnie the Pooh? Digger trucks and racing cars? Find whatever it is and make it a part of your provision for when the child gets to your setting.

“Having something there that they can relate to is key,” says Helena. It makes them feel safe and gives them a sense of comfort. An EAL child came into Helena’s preschool, All Saints, and absolutely loved everything about digger trucks. Helena made sure to have books, activities and puzzle books all about them, ready for him to engage with.

You can also use this as an opportunity to scaffold that learning with a few English words. With little words here and there, they’ll start to recognise and repeat them, making them even more involved as time goes on.

“We started to ask him if he’d like to play with the red digger, or the blue truck.” They slowly extended the learning, and, little by little, he became more and more involved through his newly-learnt English words and excitement over them. ‍

2. Use music wherever you can‍

Music is a language in itself - and it’s an international one.

“99.9% of children love music. They love to sing, to dance and to play with instruments,” says Helena. And that’s exactly why she puts it at the centre of her practice.

Music doesn’t necessarily need words, which makes it the prime activity for children that can’t quite get their point across in English. Think drums, tambourines, a keyboard with different sounds, cds, youtube or musical shakers. It’s the easiest inclusive activity, as it doesn’t matter a bit which language you speak - it’s all about making music with notes and sounds, and moving along to it.

The team at All Saints have a dedicated instrument corner for this. With little electric drum kits that play different types of music, from samba to country, children are able to hit, shake and play a whole range of different sounds.

“We slowly start to see them making contact with the other children,” says Helena. It’s a way for children to interact without the stress of verbally communicating, and helps them build that foundation for future friendships. All without speaking a word!

Top tip: If you use a lot of nursery rhymes at your setting, make sure you add actions to them for EAL learners. They’ll probably be quite disengaged if it’s just words, so adding those actions in lets them participate in the fun.

A note about multilingual learners

It’s important to remember that EAL learners may not be able to speak English, but they may already be talking animatedly in their mother tongue. Just because they’re silent and unable to respond doesn’t mean they’re not listening, not understanding or uninterested.

“Maybe their ability to speak is not at the same level as an English born child but their understanding is,” says Helena.

It’s vital that you don’t make the activities less challenging or engaging because you’re not getting the same level of engagement from an EAL learner as the native English speakers - you should continue to communicate and engage with them as much as possible.

‍3. One word is all you need‍

Do you know how to say ‘hello’ in their mother tongue? What about ‘play’? Helena always tries to learn at least one word in their own language to make them feel comfortable and included. If children come into the setting and understand that you’re greeting them, it goes a long way in putting them at ease.

“I learnt the Polish word for ‘come’ and used this whenever I wanted the child to come and sit down,” says Helena. Not only did this help Helena get the child included in the activity, but it showed the child that their language is also respected and valued.

And what’s more, giving children their own word is an excellent way to let them know they can always get assistance when they’re stuck. Helena teaches her EAL children the word ‘help’ so they can always catch her attention if they can’t quite get the right word - it gives them a sense of security they can rely on, and that even though they’re struggling, they’re still part of the conversation.

4. Let the other children help ‍

“Sometimes children react to other children better than they do to adults,” she says. When it’s all a bit overwhelming and you don’t know what’s going on, having another child take you by the hand and play with you works absolute wonders, and can be less scary than an adult.

How to do this? Focus on the older children.

“A lot of the older children want to be buddies. It makes them feel important and that they have a special job to do,” says Helena. Giving them that responsibility makes them feel proud, and they take it seriously when they’re tasked with helping a newcomer settle in. ‍

As well as giving you knowledge about their child, like their favourite biscuits or bed-time story, letting the parents play a role is more important than you might think. Keeping the parents a part of the transition to your setting is key for Helena.

“We had a little Polish girl who had a really strong bond with her mother, and had huge difficulties saying goodbye,” says Helena. Instead of forcing them apart and excluding the mother from the process, she told the mother she could stay for as long as she needed.

“It can take two hours, two days or two months,” she says. “There’s no set time to get them integrated and comfortable in setting life.”

The mother ended up volunteering at the setting, and little by little drew back from her daughter to let her slowly become involved. If Helena hadn’t allowed the mother to stay for as long as she had, the child would’ve been distressed, and the transition would have been more traumatic than it needed to be.

But what if the parents don’t speak English either? This can seem like a bigger mountain than you can climb, but the answer is simple: use your community. If they’ve been referred to your setting, reach out to the parents who referred them to see if they can help interpret. Write your comms down in WhatsApp in simple English so they can google translate it at home. Sometimes the simplest things are key.

The more the parents understand, the more they’ll be able to chat to their child about the setting - making it that much easier for them to feel a part of the setting family. ‍

You already know that each and every child is unique. And that is no different with how a non-native English speaker will react to being thrown into an English-speaking environment.

That’s why patience is absolutely key here. Where one child might want to throw themselves into the action head-first with absolutely no hesitation, another might feel incredibly frightened that they don’t understand a word.

“Don’t expect them to join the group straight away,” says Helena. They may be reluctant to join a big group, and it’s important that you don’t assume they want to. They just have to take it at their own pace.

“A little group of one-to-one play is best,” says Helena. Try interacting with them on a one-to-one basis initially, or help them engage in a small group activity with one or two other children to start off with. ‍

To read more about Helena’s setting, All Saints Pre-school, and her whole ethos, have a look at our interview about her winning the Children’s Champion Award of 2020. 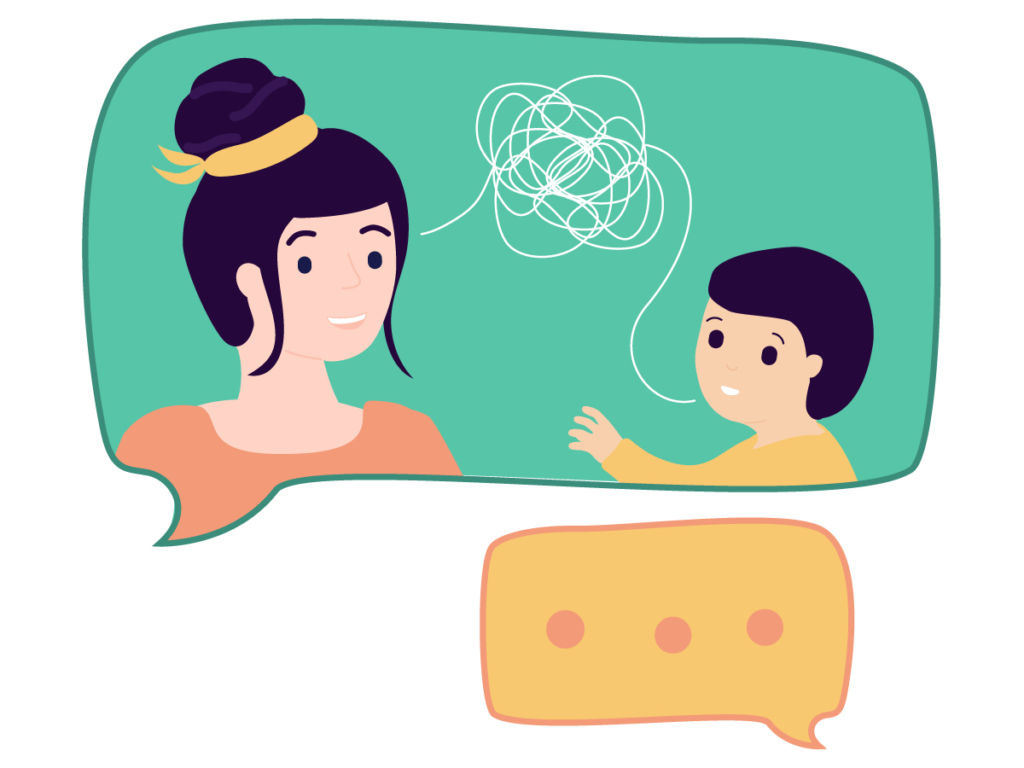