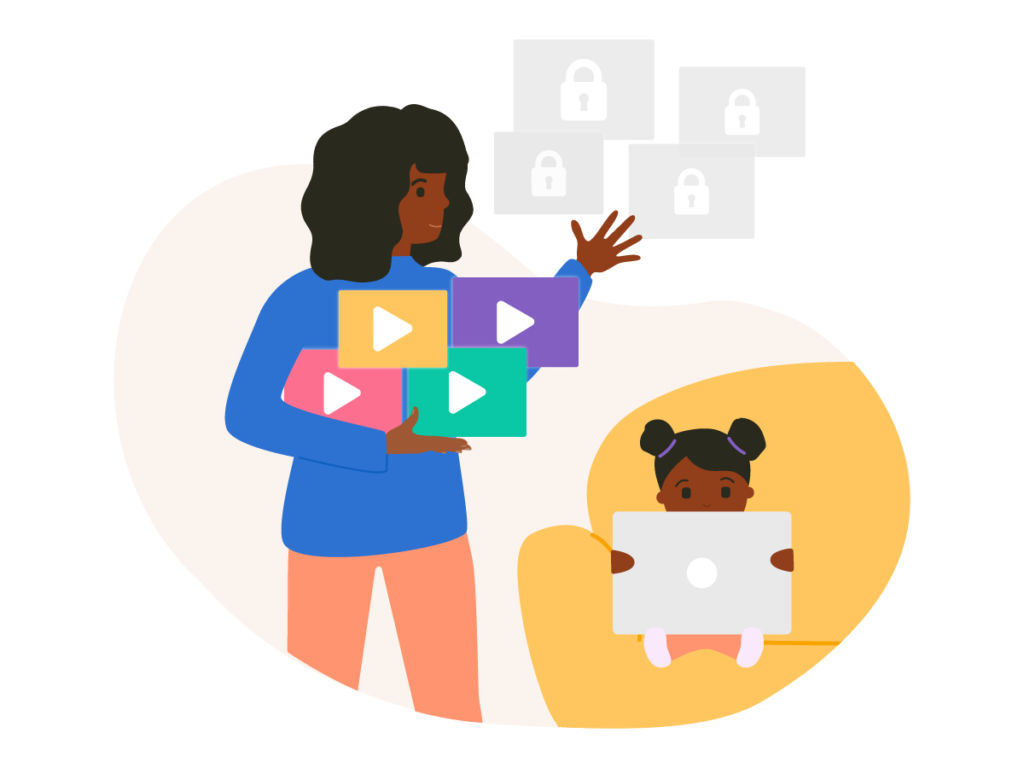 What Makes a Children’s TV Show Worth the Screen Time?

It’s not the screen time that counts — it’s what we’re watching.

It’s not the screen time that counts — it’s what we’re watching.
and

Whether we like it or not, we’re getting more screen time than ever. In fact, we’re raising our average daily screen time faster than researchers can tell us to cut it out.

But as long as we’re here, we may as well make sure we’re using that screen time in the best way possible — and that’s more important for young children than for anyone else.

Children absorb all sorts of tiny details and social nuances from their TV shows, and use those cues as models for their real-life behavior. But to us grown-ups, these details can seem so small and insignificant, that most of us might not know what to look out for.

So what really makes a good children’s TV show?

To unpack that, I called up Dr. Colleen Russo Johnson. Colleen is a researcher and developmental psychologist, with a special focus on children’s media and technology. She’s a senior fellow with the UCLA Centers for Scholars and Storytellers, and the Chief Scientist and co-founder of the OK Company, makers of the OK Play app. We talked about why it’s so critical we pay attention to what TV shows children are watching, and how we can help children get the most out of their screen time.

Why you need to care about what shows children watch

It’s tempting to just let children watch whatever they want. But according to Colleen, it’s really important that we give it more thought. With young children, she explains, the fine details of what they’re watching matter more than ever.

“85 percent of our brain development occurs in our first five years. Young children are sponges, soaking up everything they see and hear. They’re so, so influenced by what they’re watching — more so than they’ll be at any other point in their lives,” Colleen says.

It’s much more than just teaching them about shapes and numbers. Children’s TV shows are a great way to introduce little ones to life lessons, social and emotional concepts, and big ideas that they’ll use their whole lives. But there’s a lot of nuance that shapes exactly what children take away from their screen time.

That’s why it matters that we pick carefully.

If you’ve only got a minute, here’s what you should know about helping children get the most out of their screen time.

As it turns out, a good children’s TV show doesn’t need to be educational. At least, not in the traditional sense.

Children absorb so many different layers of learning from television — from big things like the concrete lessons in an episode, to little things like the tone in which characters talk to each other. Because of this, those small details in how children’s shows are written and presented can have big effects on what children learn from it.

In deciding what shows are best for your children, it might help to ask these questions:

Screen time during the coronavirus

We’re all using screens more than we’d like at the moment. But given the circumstances, a lot of us just don’t have much of a choice.

“The whole debate about whether or not it’s right to park children in front of the TV or tablet is a pretty privileged one,” Colleen says. “A whole lot of families just don’t have the space to debate whether all this screen time is good, because in their lives right now, they need the TV to occupy their children.”

Television isn’t quite the brain-rotting menace our parents warned us about. There are plenty of brilliant programs out there — and especially when exploring the real world is a bit complicated, quality programming is a great way for children to learn more about the world around them.

This isn’t to say you should expect children to become geniuses just from watching TV, Colleen clarifies. But with a bit of thought, you can make children’s screen time as positive as possible.

Helping children get the most out of their screen time

Here are some of Colleen’s top tips for making sure children’s screen time is as healthy and productive as possible:

Watch with them. The gold standard for children’s screen time is watching along with a parent, Colleen says. Children’s learning, engagement and understanding all get a big boost when they watch along with an adult caregiver.

“This way, children have the opportunity to pause, ask questions about the show, and compare it to real life. The show can prompt deep, rich conversations — much in the same way that you’d talk when reading a book to a child,” Colleen says.

Even if you can’t watch alongside your children, checking in from the other room is still beneficial for them. Just lend half an ear — chime in with the occasional, “Ooh, what’s happening now?”

Focus on the social and emotional learning. Every children’s TV show sets out to be educational, but it matters what they’re trying to teach. For Colleen, it’s most important that the shows set good examples of how to treat one another, and how to be a curious, thoughtful, considerate person.

“Every child is going to learn their ABCs and colors eventually. It’s much more complex and important to learn social and emotional skills, so that’s a priority for any quality show,” she says.

Pick their options ahead of time. Colleen recommends that with any streaming platform, children should not have full reign over what they’re choosing to watch.

“Even if a platform has a designated children’s section, you should always have parents or caregivers as a filter,” Colleen says. “If children are browsing through shows, you should sit with them and browse along. See what imagery, themes and characters they like. Watch some episodes with them, and decide whether it’s right or not.”

Putting a streaming device on airplane mode and offering children a selection of pre-downloaded TV shows is an easy, safe way of making sure they’ve got a carefully curated selection. This way, you’ll be more comfortable if you have to leave them alone as they watch.

YouTube has eclipsed traditional television as the go-to place for children’s TV shows. That’s cause for concern.

Here’s why you should think twice about leaving your child to browse freely on YouTube:

What if you just find the show annoying?

Even if you’re sick of hearing the Paw Patrol theme song for the fourteenth time today, Colleen recommends you hold back your instinct to reach for the headphones. It’s important that you’re always able to listen in on what children are watching.

But given the wealth of good programming out there, you can find something else that both you and your child can agree on. And if you’re finding a certain show irritating, it might be a red flag that it’s time to find another children’s TV show to watch.

“What exactly is it that’s annoying? Is it the way a character talks, or how they treat someone else? TV is a huge influence for modeling behavior to children,” Colleen says. “So if there is some behavior on the show that you think is irritating, there’s a high chance children will start to imitate it. Especially right now, you don’t need to make your life harder than it needs to be.”

Where you can go for the best shows

There’s no shortage of “Top 10” lists for children’s shows all over the internet. But at the end of the day, you know your child best. You should pick shows that encourage children’s curiosities, that dive into the subjects and narratives they like best.

When it comes to deciding whether a given show is age-appropriate, Colleen recommends referring to Common Sense Media. Intended for both parents and educators, it offers reviews of thousands of movies, shows and games for children aged 0 through 17, and gives you an idea of what sort of themes and content you can expect.

As Colleen explains, finding a good children’s TV show ahead of time translates to more peace of mind for parents about their child’s screen time later on.

“As a working mom of two kids, I get it. It can be really, really hard to feel comfortable with their children’s screen time. But I want parents to know the responsibility is on the content creators to make that screen time valuable, productive and healthy,” she says. “Especially for social and emotional development, there’s a lot we can do at home — and children’s media is a big part of that.”