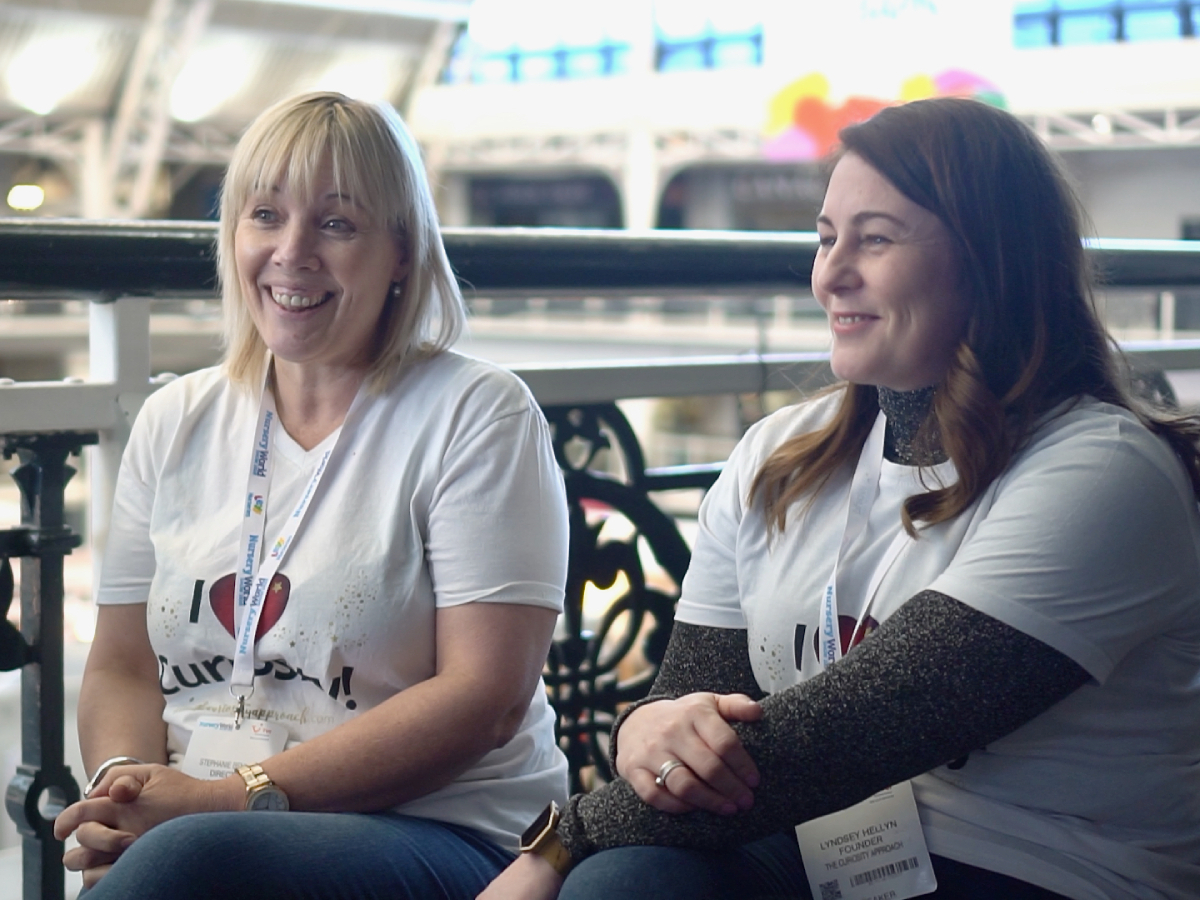 As the world around our children changes, so should our approach to creative play. 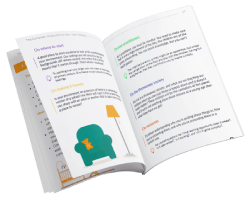 It’s no secret that our world today is much different than the one we knew twenty, ten, or even five years ago.

But should we let these changes affect our fundamental idea of play?

If you ask Lyndsey Hellyn and Stephanie Bennett, the answer’s yes.

Lyndsey and Stephanie are the co-founders of Curiosity Approach, an Early Years consultancy company with their own philosophy on play and creativity. Between the two of them, they bring over 50 years of teaching experience and Early Years management, as they also work as Directors of six nurseries across the Midlands. They’ve been featured in the BBC, and have multiple Ofsted “outstanding” sites on their record.

At this year’s Nursery World Show in London, I sat down with Lyndsey and Stephanie to discuss how the Curiosity Approach came together, and how we can all work to get a little more creativity and play in our settings.

You can take a look at some of the biggest insights from the interview in the clips below, or scroll to the bottom of the page to watch the full 14-minute interview.

What is the Curiosity Approach?

The Curiosity Approach is Lyndsey and Stephanie’s own approach to growing creativity in the Early Years. They advise settings on how to follow their pedagogy — which they describe as drawing inspiration from influential, classical pedagogies, adapted to reflect today’s world.

Why society needs change in the Early Years

As Lyndsey and Stephanie say, childhood just isn’t what it used to be. Our expectations of children are changing, the toys and tools children learn to play with are changing, and the way they develop is changing.

The duo’s worry is that children are becoming more sedentary, and less creative. They say that today’s toys and media are more designed to perform for children, rather than facilitate the children’s own creativity. The change they propose at the Curiosity Approach is re-focusing the Early Years experience on active learning and creativity.

How are children changing?

Just after the 3:30 timestamp, Stephanie and Lyndsey get into how they feel children are changing. A lot of this is rooted in more exposure to digital media, they say. For one example, they see children losing core strength, and becoming less active.

But another issue is how digital toys and gadgets change children’s concepts of everyday things — and things crucial to healthy growth. Think about making friends. What did making friends mean when we were young, and what might today’s children think now, when we can connect with 5,000 “friends” online without ever meeting them? For the Curiosity Approach team, it’s these concerns that motivate a return to more traditional approaches to creativity and learning.

How did Curiosity Approach start?

Around the five-minute mark, Lyndsey and Stephanie tell how the Curiosity Approach got started. It was a matter of shared values — when they crossed paths, they realised they were both operating their own nurseries by similar pedagogical methods. It was a natural fit, then, for them to pool their resources and partner up. This became the Curiosity Approach — which they describe as a return to more old-fashioned play and pedagogies.

The problem with plastic toys

One issue in today’s Early Years settings, as the two see it, is an overabundance of plastic toys and furnishings. Plastic, as they say, doesn’t have consequence or character. Plastic toys tend to look and feel the same, and you can drop and toss them without breaking them. According to the pair, surrounding children with an abundance of disposable, hardy plastic doesn’t teach them to respect resources.

Instead, they recommend giving children more earthy materials, like a ceramic cup or wooden toys. This teaches the little ones to take charge of objects, to care for them, to understand consequences of treating things too roughly. As Stephanie asks, “How can they look after this planet if they can’t look after their resources?’

How to assess your Early Years environment

Supposing you’re looking to reassess the toys and materials in your setting. Where to begin?

The two believe that our settings need to be an extension of home, not a watered-down version of school. Little children are not school-age children, and most parents would prefer they’d be together at home – so nurseries should reflect that. It’s their play space, not ours.

How to make gradual changes

But if you’re looking to make changes, don’t go ahead and bin everything this weekend. If children come back one day and you’ve cleared out all their familiar toys and furnishing, it’ll be uncomfortable for them.

Instead, as the pair say, do things gradually. If children like certain toys, leave them. Gradually introduce new components that encourage more creative play, and then model that play for them. Show how to craft hanging, sparkly decorations out of recycled CDs, or how to play with clay or wooden blocks.

Ideally, children will gravitate toward these more open-ended toys, and once they no longer use the old stuff, you can give those away. There’s certainly other settings or charities that could make use of them!

Here’s the full interview with Curiosity Approach, where we discuss: