Take to the stage, no matter your age.

Any child can wear a princess dress

Reach for the sky: Getting the best out of the revised EYFS

The language of broccoli 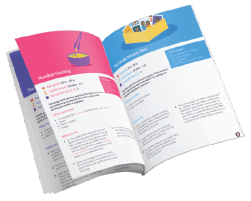 Drama games for toddlers are great for so many reasons. They encourage creativity, self-expression, and group bonding, making them a wonderful tool for helping children learn important self-development and social skills. They’re also a whole lot of fun for everyone involved.

Whether you use these theater games as icebreakers, warm-ups or afternoon activities, they’re sure to get the little ones’ creativity flowing.

The drama game for toddlers: A fun and simple game that helps children develop empathy. They can explore how others might feel through movement and unspoken communication.

How to do it: Split the children into pairs and choose one from each pair to be the mirror. On your signal, the other children can start moving slowly in any way they wish. Their ‘mirror’ must copy their movements as closely as they can, so that they look like a reflection in a mirror. When the time feels right, pause the game for a moment to have the children swap so everyone has a go at leading and mirroring.

The game can be expanded by giving the children different prompts. For example, you could have them be a character from a story or take on a role they often see in the world (like a construction worker or a dancer). You can also specify the situation they’re in (e.g. underwater, at the North Pole, in the jungle).

The drama game for toddlers: A drama game that can be played with groups of any size that helps develop social skills and a creative imagination.

How to do it: Everyone gets to take a turn at being the leader in this game. All you have to do is suggest an activity by calling out “let’s” and then the activity you have in mind. For example, “let’s build sandcastles” or “let’s explore a cave.” Whenever a suggestion is called out, everyone replies with “yes, let’s!” Then the group starts acting the suggestion out. At any time, anyone can call out a new suggestion, and the scene can change. This is great for building confidence and creativity as every idea is met with “Yes, let’s!”

The drama game for toddlers: In this game, the children get to teleport to different locations. Whenever they arrive in a new environment, they must adjust their actions to suit. ‍

How to do it: Have the children spread out around the room and give them an environment to start off in. You could have them start at the playground, on a spaceship or at the beach. They then get to play-act as though they are really in this setting.

Every so often, announce that they’re about to teleport and then give them a new environment to explore. It’s a good idea to create contrast with each shift. For example, you might have them at a Wiggles concert one minute and then a library the next. This activity is a lot of fun, but it also gets children thinking about different environments and the actions and behaviors that fit certain contexts – an important skill both in theater and in life.

The drama game for toddlers: A call-and-response game that helps improve communication skills and the development of a wide vocal and emotional range.  ‍

How to do it: Start with any phrase you wish and have the children repeat it in different ways. The key is that the phrase can never be said the same way twice. This allows children to explore different volumes, tones, and intonation. You can also encourage them to explore different emotions and how they might affect the way the words are delivered. This game can be played one-on-one with a child or in a group setting. With a large group, you can go around a circle having each child repeat the phrase in a new way.

The drama game for toddlers: This classic game is a big hit with children of all ages. It’s a good way to get the younger ones settled down, and in the mood to concentrate.

How to do it: Appoint one student as the detective and have them leave the room. Ask the remaining students to sit in a circle so you can pick the ‘tagger’. Let them know that you will tap the tagger on the shoulder, and they must nod to show that they understand they’ve been chosen. Have them close their eyes, walk around the circle a few times, and at a certain point, tap one student on the shoulder.

Once the tagger has been selected, the detective can come back into the room. With younger children, it’s best to keep them sitting in a circle and have the detective sit in the middle. The tagger’s job is to wink at other children, while the detective must try to figure out who the murderer is as soon as they can. When a child sees the tagger wink at them, they get to create a theatrical death scene and then lie down for the rest of the game.

It’s a good idea to have a winking tutorial before starting the game. If any of the children struggle, they can do an exaggerated double blink instead.

The drama game for toddlers: Children get to explore their creativity while learning to cooperate with others in this fun sculpting game. Each child gets a turn at playing the sculptor who creates works of art from the other children.

How to do it: Depending on how many children you have in the group, you can ask them to split up into pairs, or groups of three or four. One child plays the artist while the other children are the clay. The children playing the clay must relax and allow themselves to be moved around by the sculptor. You can add to the fun by playing music during the sculpting process, and when you stop the music, this signals that time is up. At this point, the artists can walk around and see the other creations. Then it’s time to switch places so everyone has a turn at being the sculptor.

The drama game for toddlers: This classic dancing game is great for getting all that excess energy out, while helping the little ones explore movement and expression. ‍

How to do it: Have the children spread out in the room so they have plenty of space to dance freely. When you hit play, the children dance, and when the music stops, they have to freeze.

You can play this as an elimination game whereby any child moving when the music stops is out. However, you can also challenge the children in different ways. For example, you can call out different themes for the dancing (like ‘ballet’ or ‘on the moon’). You could also try a collection of different songs, and ask the children to adjust their dance moves to suit the music.

The drama game for toddlers: Choose a character (like a doctor, a fairy, or an astronaut as examples) and show everyone how that character would walk. Everyone has  a turn to enjoy being seen and heard as they get to be the leader.

How to do it: Have all the children gather and form a line, with one in front as the leader. The leader gets to start out as any kind of character they want. They could be a ballet dancer, a puppy, a police officer, an astronaut, or anything else they fancy. They must explore the room as this character, and the other children simply follow suit. After a certain amount of time, you can give the signal for that child to go to the back of the line. At this point, the next child in line becomes the leader and they get to choose a new character for everyone to copy. Continue until all the children have had at least one go at leading.

The drama game for toddlers: A wonderful theater game that helps children explore physical movement while learning about the animal kingdom.

How to do it: This game pairs well with lessons about different animals. However, it is also great as a standalone game. You can give each child an animal, or better yet let them choose their own or each other’s. Keep in mind, the game works best if everyone has a unique animal to play. Have the children explore the attitude, physicality, and sounds of their animal. Once they’ve had time to explore these things, ask them to start interacting with each other. Why not try giving them prompts by calling out questions (e.g. What would the lion think about this little bunny over here? Would the frog and the lizard be friends?)

Source: You Are Mom

The drama game for toddlers: An imaginative game that allows children to use costumes and props to create their own unique character.

How to do it: Try visiting second-hand clothing stores and costume shops, and possibly even seek out donations to develop a varied collection of costumes, accessories, and props to inspire the children. Ask the children to choose some items and create a look for themselves. From here, try asking them a few questions about their chosen outfit to help them develop a character. For example, you might ask “how do those colors make you feel?” or “what kind of job do you think a person dressed like that would have?”

Once they’ve started to develop their character, ask them to move and talk the way they think this character would act. After this, you can suggest they interact with each other, which will really help them develop their characters and explore their imaginary personality. This is a really wonderful way to inspire creative thinking, self-expression, and the development of healthy social skills.

Note: If you’re an existing Famly customer, please click here to learn more about what we’re doing for you.