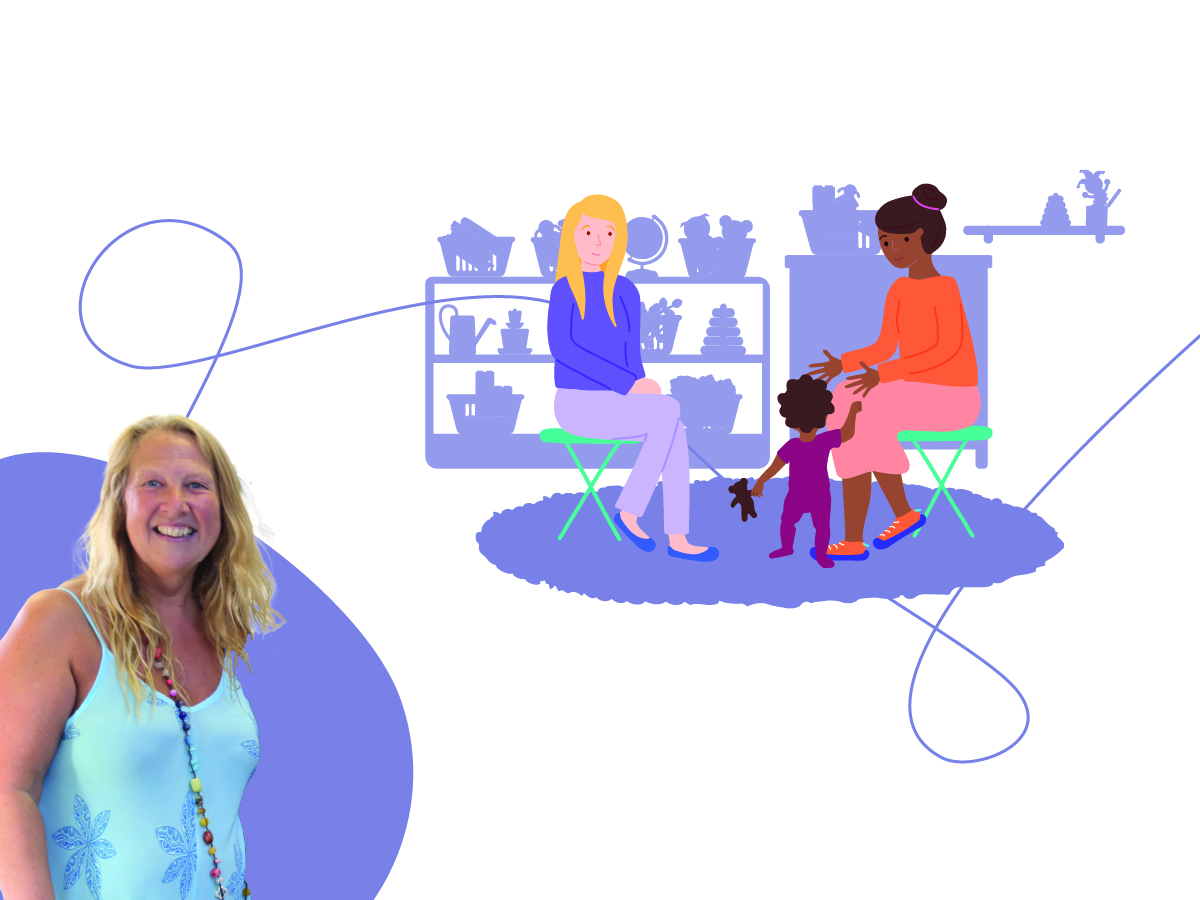 When Wendy Kettleborough tells parents that they’re experts in their own children, it often comes as a surprise.

“Quite often they don’t believe me when I say it. They’ll go, ‘Well, you’re the first person that’s ever thought that.’ I think we forget to make parents feel valued sometimes,” she says.

For 14 years, Wendy has been running a program at Sunshine Pre-School in Sheffield called Parents are Experts. She’s careful to point out that it’s not a parenting course — it’s a self-awareness course. The idea isn’t to pile up homework or new expectations on parents, but simply to boost their confidence in their own ability to connect with and understand their children.

And in those 14 years, Wendy’s seen that a little bit of confidence can go a long, long way.

“It’s been really transformational. I think as educators, we sometimes have a tendency to keep our knowledge to ourselves, and we might forget to verbalize our respect for parents at times,” she says. “But when we say how important parents are, it raises their self-esteem, and helps them realize the value of childhood, and their invaluable role in that process.”

So let’s take a look at how Wendy’s program works, and how her story might help more of us find new ways to connect with the parents in our networks.

Where did Parents are Experts come from?‍

The Parents are Experts program started with a simple realization: A lot of the time, being a new parent is incredibly stressful.

The Parents are Experts program runs between 6 to 8 weeks, with Wendy and her colleague Becky Kirk meeting small groups of parents in the same classrooms where they teach the children. There’s no set time for the 2-hour weekly sessions — they happen whenever parents have time off work.

She’s happy to take an open-ended approach to each course’s focus, depending on what’s engaging to parents. But during those 6 to 8 weeks, she tries to give parents three concrete takeaways:
‍
• A better understanding of how we're wired as individuals, and how that shapes our interactions
• A clear picture of the importance of play, and how children learn through play and experimentation
• Reassurance that parents doing their best and being attentive is enough
‍
As Wendy sees it, these three points make a big difference in boosting parents' own confidence, and helping them feel more invested in their child's development — both at home and at Sunshine Pre-School. So let's look at how these three points take shape through Parents are Experts.
‍

At the start of each course, Wendy has every parent take an Enneagram test.

It’s like a Meyers-Briggs personality test, but a bit simpler. It’s just meant to give you an understanding of who you are, and how you’re wired: Like how you respond to stress, or whether you’re very rigid or more relaxed in how you structure your life.

The point, Wendy explains, isn’t so much to give parents a detailed self-analysis. Rather, it’s the big picture: Everybody is wired differently, and that’s okay.

Sometimes, if parents feel like they don’t understand their child’s behavior, they might feel they’ve fallen short somehow — which, in Wendy’s experience, can aggravate tensions at home. Understanding that we all work a little differently is Wendy’s first big step toward helping parents feel seen, heard and respected.

“When you learn about yourself, and why you do the things you do, you don’t get annoyed with other people as easily. You start to accept that people are just how they are,” she says. “Parents say it just melts frustration.”

Working in the Early Years, you know just how important it is for children to play. It’s how they learn, grow and express themselves — that’s just a foundational truth in the sector.

But sometimes, we can forget that that isn’t obvious to everyone.

So that’s why Wendy’s second big goal is to underline that importance to parents, and help them understand patterns and schemas in their own children’s play.

As Wendy says, these play schemas are one of the most effective ways to help parents reframe their understanding why their children do what they do — even when it might seem a bit annoying at first.

To do that, she’s written and published a series of children’s books to explain basic play schemas (meaning the patterns in how children play) to parents. Books like Jessie is a Transporter or Matthew Lines Things Up take inspiration from children she’s had in her care, and aim to bring this idea of play schemas beyond the Early Years sector.

“The schema books provide guidance, so parents can understand their children’s point of view, and all the ways they learn through play,” Wendy says. “It’s a way to help shift parents’ focus and perspective, to get them to ask, ‘What’s my child learning?’ rather than ‘Why’s he doing that?”

Above all, Parents are Experts doesn’t set out to give parents more hoops to jump through. Its core message, as Wendy often says, is a simple one: “You’re really, really important.”

Wendy has worked in the Early Years since the early 1980s. She’s been an Ofsted inspector, a practitioner, and worked in early intervention. And from her four decades in the sector, she knows that empowering parents doesn’t always have to be so different from empowering children.

“What I realised is, it’s about being heard, about being seen, and about being valued, and having a sense of belonging. If we can give parents those four elements, they’ll really start to flourish and grow,” she says. "We want parents to realize that they're helping build the minds and worlds of their children. Once we do that, they start to see their status, their impact and their children's future in a new light."

When you work within the Early Years, it’s easy to take your own knowledge for granted. Something like “play is learning” seems like the most foundational truth to you, as obvious as the sun in the sky. But to a parent, that’s an epiphany. The simple act of sharing our knowledge and support can make a big difference in how a parent understands their child.

At the end of the day, Wendy says, Parents are Experts helps get parents more invested in the big ideas of child development — and feel empowered to recognize their own role in that process. And when we've got that boosted sense of involvement, it's much easier for the work we do in our settings to follow families home.


To learn more about 'Parents are Experts' or to inquire about starting a similar program at your own setting, you can contact Wendy at wendykettleborough@manorandcastle.org.uk.