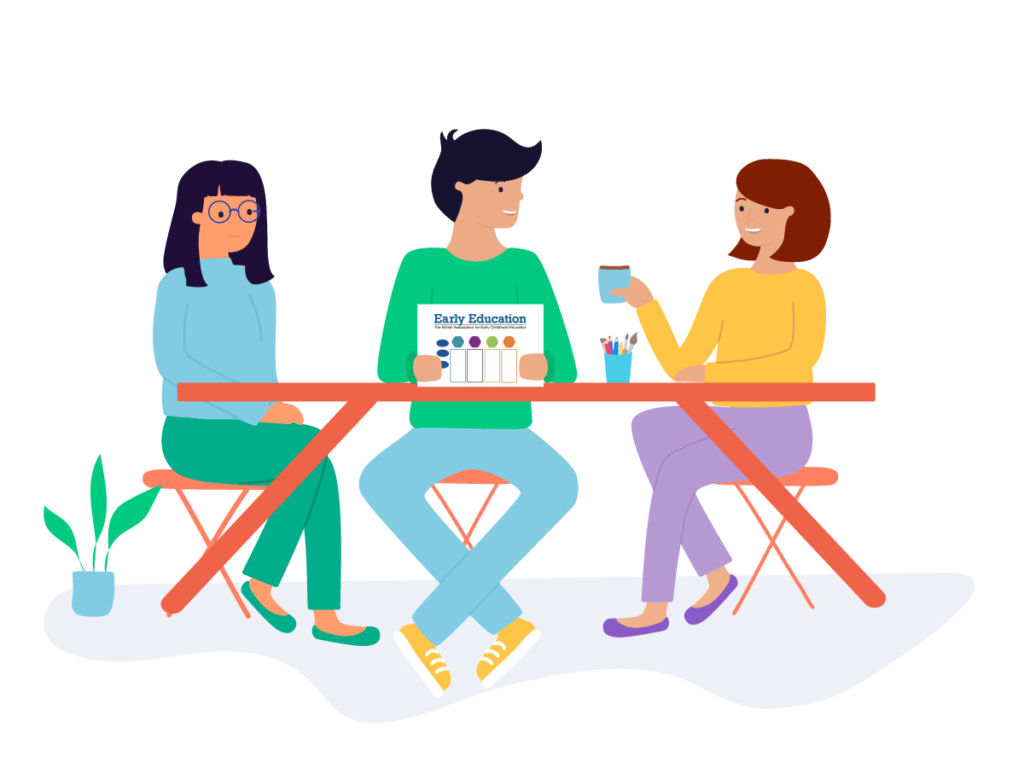 What’s the Role of Executive Function in a Child’s Early Years?

And what do children need in order to succeed at it?

And what do children need in order to succeed at it?
and

When you think about making lunch, you probably think about that as one task. To children, it might seem more like 20.

You’ve got to wash your hands, head to the kitchen, grab a plate, find a cup, wash the carrots, fetch the bread, be sure to get the mustard out of the fridge … you get the idea. The point is, it’s easy for us grown-ups to take our task management skills for granted.

We can thank our executive functions for that.

Executive function isn’t exactly a new concept, so much as it is a new way of thinking about the way we learn to keep track of things in our heads. In recent years, we’ve seen more focus within the Early Years sector on how we can help children process information, stay organised and focus on what they’re doing. Whether executive function is an entirely new concept for you, or you’ve worked with it before, we thought we’d run through the essentials of the concept that’s been settling into our Early Years vocabulary.

To get some expert perspective, I called up Sue Asquith and Dr. Mine Conkbayir. Sue is an Early Childhood Consultant, and author of Self-Regulation Skills in Young Children — and Mine is an Early Years consultant, speaker and author, with a specialisation in the neuroscience of early childhood.

Sue and Mine offered a sharper idea on exactly what executive function is, and why it now seems to be front and centre in the Early Years landscape.

What is executive function, anyway?

It’s the group of skills we use to execute a task, stay focused, and keep organised. Over the years you might have called these executive functions by different names: Problem-solving, playing with an idea, thinking before acting, or staying focused.

Whatever you’ve been calling it, executive function refers to three core components:

As Sue Asquith explains, executive function isn’t just an Early Years issue — we work with it our whole lives.

“You probably find these skills to be pretty fundamental, but it’s useful to know plenty of adults struggle with their executive functions, too. We just might call it procrastinating, or having trouble meeting deadlines,” she says.

But like so many other life skills, getting a good handle on this starts in the Early Years. That’s where the little ones need your help.

Why is executive function just showing up in Development Matters now?

However, the skills that executive function refers to have been a part of our Early Years approach for a long time. As Sue Asquith explains, grouping them under “executive function” just helps us focus a bit more on certain things we’re already doing.

More than anything, it’s a reflection of what the Department for Education thinks is important for young children. Ultimately, it’s up to you to reflect on it, and decide for yourself how to interpret it in your practice.

While executive function is important, you really only get the full picture when you look at self-regulation, too.

As Mine explains it, the two terms are inextricably linked, but self-regulation is even more foundational for children. If executive function helps us get things done, self-regulation helps us understand our emotions, so that we can be stable enough to get anything done in the first place.

She points to Dr. Dan Siegel’s “hand model” of the brain: Explained simply, there is an upper and lower brain. The lower part processes our emotional impulses — feelings like excitement, panic, happiness or anger. The upper part is more logical, where we make the rational decisions we need for executive function. But if that emotional lower brain gets overwhelmed, it mutes the logical upper brain. That’s why it’s so hard to make smart, careful decisions when we’re feeling frazzled.

That’s exactly why we can’t get started with executive function before our children know how to reflect on their emotions: What am I feeling? Why am I feeling this way, and what’s causing this? How can I calm down?

Mine believes this is one of the most critical responsibilities for Early Years educators.

“Children do not readily control their emotions by default. They have to learn that through co-regulating their emotions — that is to say, in coordination with a caring, guiding adult,” Mine says. “Adults need to model self-regulation by talking about feelings like anger, frustration or sadness, and how we process that. This is absolutely vital to our happiness and wellbeing, and we need that in place before we can get to executive function.”

Building executive functions doesn’t require a whole new curriculum. Far from it, in fact — you’ll find that it’s already a natural part of everyday activities at your setting.

Here are a few examples of common Early Years games, and how they address the core skills of executive function:

Helping children get a handle on executive function

As you think about executive function with the children in your setting, you’ve got to remember that emotional wellbeing comes first. And that even with a strong foundation of self-regulation, executive function can still take its time.

Executive function is a lifelong learning process, and the Early Years can be a very difficult time to get the hang of it. If children are having trouble following instructions, or hitting those tick-box markers of proper executive function, it might just be because they’re four years old.

“Early Years settings can be really overwhelming for some children. Especially if they’ve got SEND or have experienced trauma, for example, a lot of situations can be frustrating and overwhelming, and they’ll become fidgety or upset,” Mine says. “This makes it very hard to access their executive function skills. But instead of viewing these children as ‘failing’ at it, we should think about what in our environment is failing these children — and how we can help them feel in control.”

If a child is struggling with elements of their executive function, don’t think of them as being “naughty,” or having a tantrum. Instead, look at it as a sign that they don’t yet have the resources they need to get control over how they’re feeling and behaving. Making sure children have a quiet space in your setting to calm down can be a big help here, and so can sensory calming toys or breathing exercises.

So, executive function doesn’t exist in a bubble. It goes hand in hand with self-regulation, which helps children feel up to the task of staying organised and getting things done. As you hear more and more about executive function in our Early Years landscape, it’s important to keep one thing in mind: wellbeing comes first.