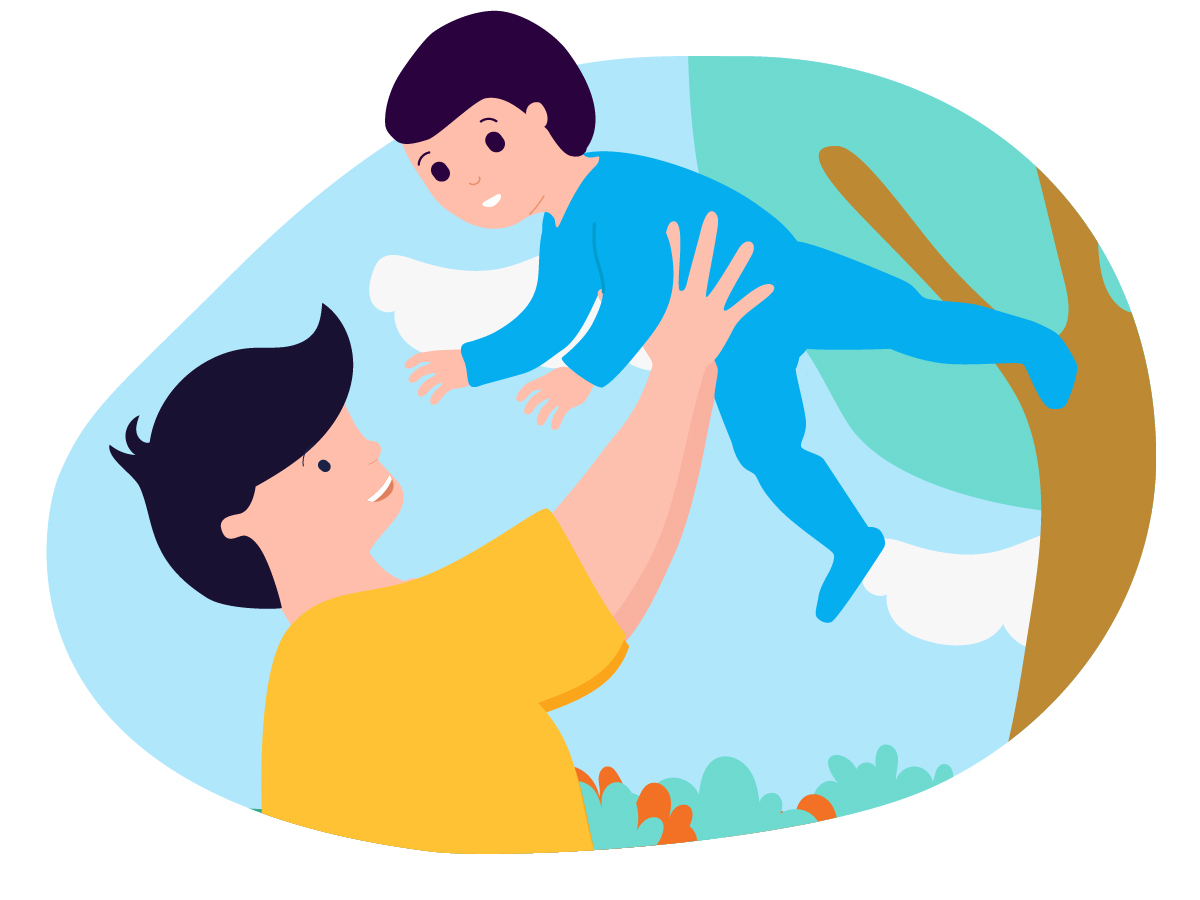 How to get dads more involved in the Early Years

Why playtime with fathers is important, and what we can do to encourage it.

Why playtime with fathers is important, and what we can do to encourage it.
and

What this piece is all about

When we talk about parenting, gender stereotypes within childminding and parenthood have come a long way over the last century. In fact, fathers are nearly 7 times more involved with their children than they were 50 years ago. Mothers are not seen as the only possible caregiver, and fathers are taking a much more active role in their child’s life. But the time children spend with their fathers is still significantly less than mothers.

The pandemic doesn’t seem to be helping. Since the beginning of Covid-19, reports continue to crop up saying traditional gender stereotypes are suddenly being reinforced again. These gender stereotypes include females single handedly taking on the caregiving and childminding.

As an Early Years practitioner, you can make a massive difference to help prevent this.

This piece will delve into why fathers may have difficulty engaging with settings, and why our current approach in engaging them may actually reinforce these traditional gender stereotypes. But it’s not all doom and gloom! I’ve got some great tips for you on how to include fathers, and how to be as inclusive as possible.

I had the pleasure of chatting to both Alice Sharp, an Early Years consultant who co-authored an entire activity book on activities for dads to help them engage with their children, and Marcus James, who runs The WonderWorks, an early years setting for parents working in the film industry. Both have fantastic insight into father engagement and engagement from men in the workforce, and have wonderful tips for you to reflect on your own practice.

Bonding with toddlers is incredibly important. We’ve got a great piece on attachment theory in the early years and why bonding with children in those first few years is so crucial – it lays out why the first relationships we have in life are actually the foundations for all future ones.

Aside from being beneficial to their general development and future relationships, playtime with dad can actually help children with their self-regulation. A 2020 study took data from nearly 80 studies between 1977 and 2017 on father-child playtime, and found that the more a child plays with their father, the better they were at dealing with and recognising their own emotions.

Fathers are slightly more hands-on with their playtime and favour rough-and-tumble play, which lets children explore their own boundaries. If a child accidentally gets hurt and has to control those feelings of anger, this is perfect practice for dealing with disagreements at school.

Alice, who helped create a special Early Years training programme for men, takes the same view. “The rough-and-tumble play that fathers tend to engage in helps children learn where and when to push their boundaries, to take those risks,” she says. By taking risks, they learn when to stop and to recognise when they’ve had enough.

Why do fathers engage less?

With a mere 2 weeks of paid maternity leave, and a reluctance to take shared weeks away from mothers, it isn’t difficult to see that there may be a reason fathers are less engaged. But our current attitude towards fathers might actually be part of this problem.

Marcus, Head of Early Years for The WonderWorks, highlights that there’s a stigma against men being involved in Early Years and caregiving, and that’s part of the issue. “Fathers sometimes feel very left out,and aren’t given the space or the confidence to enter into a female-dominant sphere,” he says.

Let’s take a look at toddler groups, for instance. Does a ‘mummy and me’ group immediately come to mind? What about antenatal classes and mother-toddler bonding? And some of the most popular websites like mumsnet? The one thing they all have in common: they’re primarily mother-centric.

This all stems from our own prejudice. “We too often see men as a threat,’ says Marcus ‘as if they’re unsafe.” It’s a problem we all participate in without even realising we’re doing so – we have a stigma against men being the caregivers.

“One of the men I worked with in our training programme brought up yogurt pots to me,’ says Alice, ‘as he was so disappointed they read approved by mothers. He was so tired of being left out of the discussion, and mentioned that nothing was father approved.”

Marcus brings up exactly the same issue. “When we input parent details into our software system, the mothers are the main point of contact. We often get to the auditing process and realise the father’s details haven’t even been given, despite the fact that they 100% need to be there,’ he says. ‘We still perpetuate this idea that mothers are the primary caregiver, and that fathers are insignificant, almost.”

How to change tactics

So when you’re talking with the men at your setting, how can you get these ideas across to them? As it turns out, most dads are already into it – they just need a helping hand to get started.

“The fathers are really interested in the areas of child development. They question more and want to be convinced a lot more than the mothers do,” states Alice. For Alice, this may boil down to a large portion of mothers adopting a ‘can do’ attitude – an attitude that they can do everything by themselves. “[…] it may be that we don’t see fathers as capable enough,” states Alice.

This plays a big role in how fathers are treated when they drop their child off. They’re extremely interested in their child’s development, but they don’t necessarily feel accepted or comfortable enough to strike up the conversation.

Going back to the mother-centric toddler world, Alice mentions fathers greatly appreciate a sense of camaraderie when they’re surrounded by other fathers. If fathers have a support network, and feel included, they’re more likely to contribute, to ask questions and take an active interest and role in setting life.

“When I first went into a setting as the only male colleague, it was a little stressful,’ recounts Marcus ‘as it was a different environment than what I was used to. It was a lot more open.” A similar stress applies to fathers, as they’re often pushed out of mother groups as mothers don’t trust them. If fathers don’t feel trusted or included by practitioners, they won’t volunteer to participate or get involved.

To get you started, here are some things to reflect on:

Getting down to the most important question: How do we go about promoting inclusive practices for fathers in the Early Years?

“We should be looking at the skills the dads already have,’ says Alice ‘and find a hook that you can use to get them interested and engaged.” Alice brings up a Scottish nursery, and their fantastic initiative of Ready, steady, restore. The group brought dads to the heart of the setting by getting them to use existing skills to engage with children.

If we take a look at this in action: the setting took a dad who was an electrician, and encouraged him to give a small workshop to the children where they look at how a lightbulb and a plug worked. The dad who was a builder came in and built a bird bath and talked it through with the children, sharing his knowledge and passion with them.

How to find a hook

What else can you do?

Finding a hook isn’t the only thing you can do. When we get down to it, the smallest changes can make the biggest difference. The first step is changing our perspective.

“We can’t group all fathers into one group,’ says Marcus. ‘That simply doesn’t work. We need to look at this individually, like we do with children. It’s about finding that connection and building on their interests and relationship with you.” 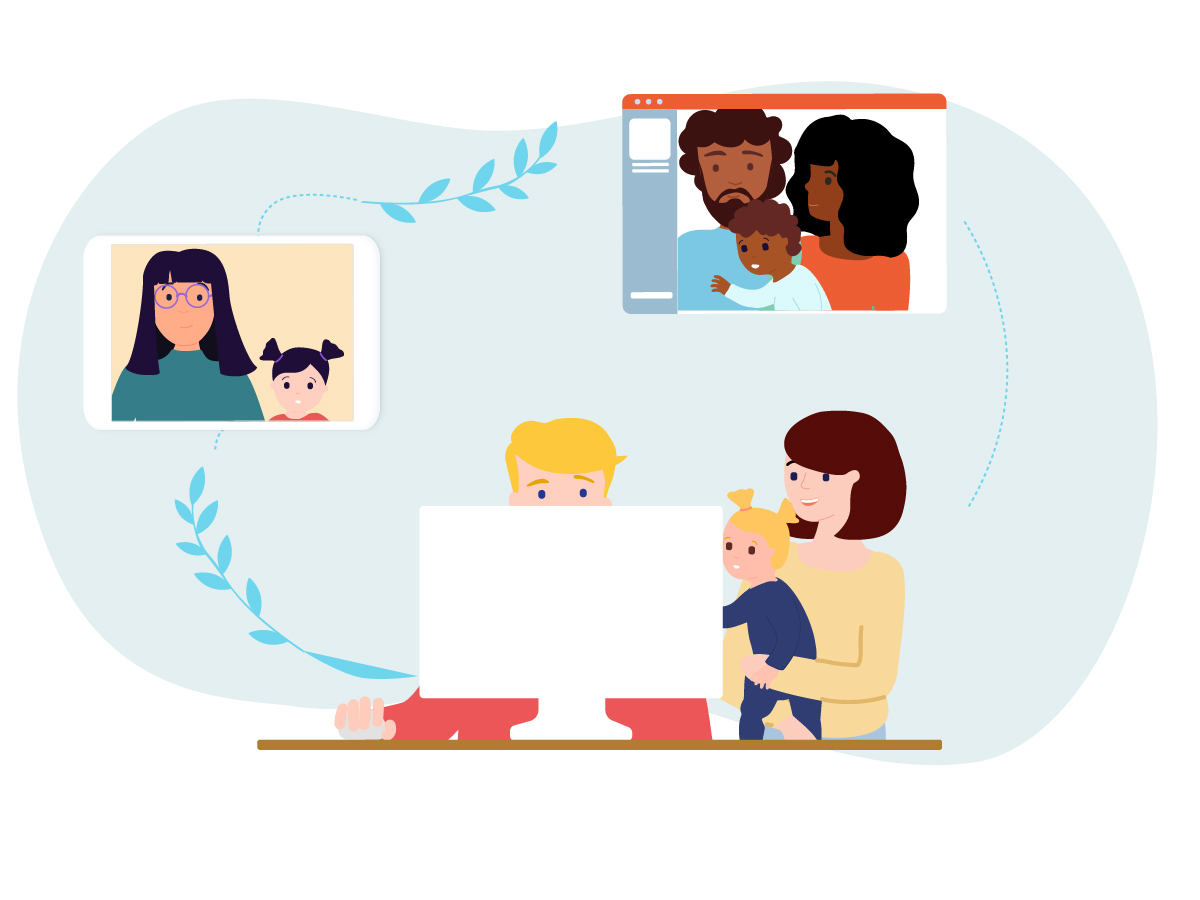 Sue Cowley: How To Build Parent Partnerships That Last 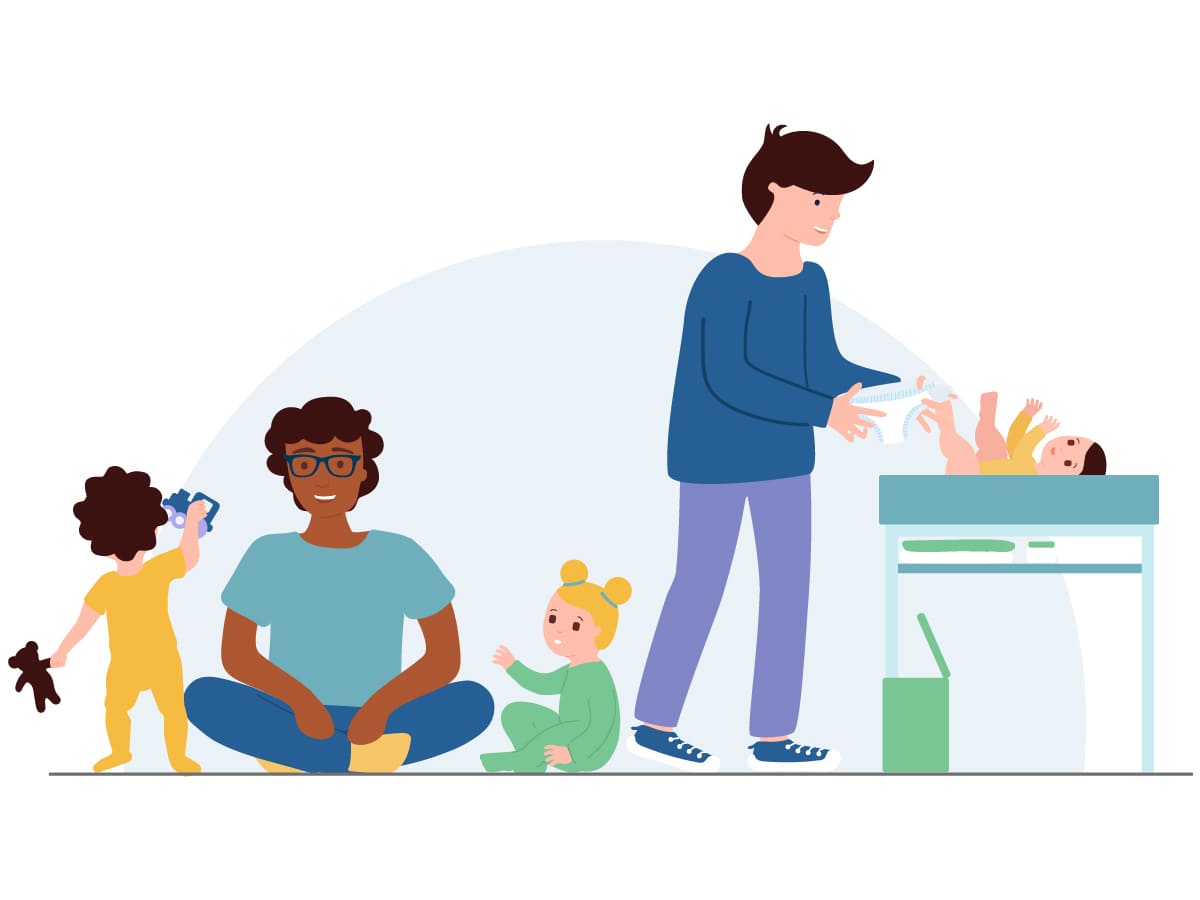