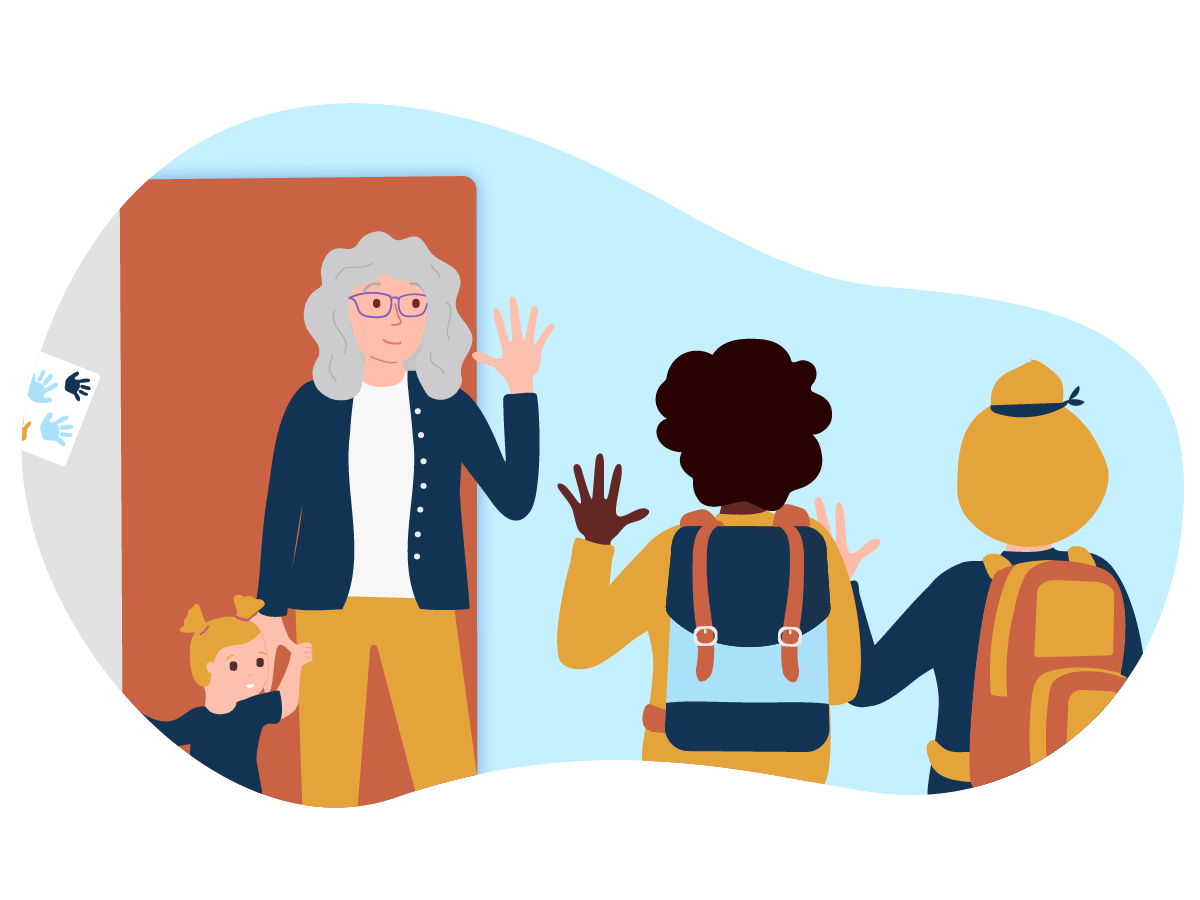 How to get the most out of your Early Years apprentices

June O’Sullivan speaks out on this invaluable route into EY

What’s in this article?

I love apprentices! They are the next generation of Early Years teachers and, in my experience, they are amongst some of the best new talent we have. That’s why I’ve dedicated an entire chapter to it in my new book: The A-Z of Early Years.

At LEYF, many of our senior staff have come through this apprentice route. In fact, we’ve just promoted someone who started out as an apprentice 16 years ago to the role – appropriately enough – of Apprentice Manager.

A Brief History of the Apprentice

For those thinking about taking an apprentice, be assured you are entering a historical and well-respected training and recruitment pathway.

Apprentices have a long and respected history going back as far as the Middle Ages. Back then, a senior master could have a maximum of three male apprentices lasting for two to seven years. Slightly different to the modern Early Years workforce where a male apprentice is a rare sighting!

It is true that since the 1990s, apprentices started to dwindle as the Government opened up the universities and an increasing number of people decided to take that route as parents, schools and the press began to imply that becoming an apprentice was a second-rate career choice. This, of course, was both disappointing and misguided – and no longer true.

Many young people choose to go to University because they think they will earn more over their lifetime with the promise of the so-called ‘graduate premium’. A reference to the gap of at least £10,000 between the salary of a graduate and an apprentice suggests otherwise.

But, according to the Million Jobs Campaign, over a third of all graduates have lifetime earnings below those of the average higher apprentice and nearly half of those from post-1992 universities earn less than apprentices.

We need more of this kind of evidence that measures apprenticeships against universities and work to challenge these misconceptions.

So, why hire an apprentice?

Apprentices are a popular option in the Early Years sector for two big reasons.

The first was a pragmatic response to our sector’s continual recruitment crisis since 2016. Secondly, and simply, because they give us the opportunity to train our staff ourselves.

We are increasingly disappointed by the calibre of some newly qualified Level 3 staff, particularly their grasp of pedagogy and their understanding of the complexities of the role as Early Years teachers. Good employers want to train staff and build their pedagogical competence in line with their own values and understanding of good quality practice.

Indeed, whether they’re called educators or practitioners, the role of the staff member is to care for and teach our children and that means understanding how we support their learning through nurturing relationships, kind interactions, activities, provocations, routines, and resources. That is significantly more than just teaching to the EYFS.

As employers, we have a duty to ensure our apprentices have a great learning experience if they are to succeed. We must ignite their spark of interest and turn it into a flame so bright that they fall in love with Early Years and stay forever.

Thinking outside the hiring box

How we attract, recruit, nurture and retain them is a key element of the sector’s succession plan.

One thing to consider if you want to attract and retain apprentices is to make sure that when advertising for new apprentices, you’re thinking about men as well as women. The proportion of UK Early Years professionals who are male is miniscule and has barely grown over the last 20 years. There are many reasons for this, but we are constantly learning from research about the best ways to encourage men into childcare. Just before Covid-19, we were launching an all-male apprentice cohort in partnership with the University of Wolverhampton. The plan was to track the process through our action research so we could learn and share the findings so watch out for that in the future!

Making a difference by using Early Years apprentices does not only apply to nursery teachers and practitioners, but Chefs too.

The LEYF Early Years Chef Academy has an accredited Early Years Professional Cooking Award and chefs can do this through an apprenticeship route. Other roles in bigger Early Years settings can include administrative and finance , so don’t forget that apprentices are a perfect solution to many business functions too – but only if they are learning from the best.

The future for apprentices is bright if the Government apprenticeship continue to shine a spotlight on them and they find an appropriate way to simplify the Levy funding process. Currently, we rely on the levy as the main source of apprenticeship funding, but this is impractical as the levy pot is nearly always empty.

To mark National Apprenticeship Week (8-14 February), I have been urging all employers who have an annual salary bill of more than £3m to transfer any unspent Levy funds to nurseries, which will enable apprentices to undertake essential training and get young people back into work.

This coincides with the Government extending the amount of time employers have to spend their Levy funds from 18 to 24 months before they expire. Levy paying employers can now transfer up to 25% of their Levy funds to other employers – especially to those smaller organisations struggling to fund vital early years apprenticeships.

Finding underspent levy takes the investigative powers of Poirot, a dose of good luck or maybe an appearance on First Dates. A central source, listing organisations with underspent levy funds would be a very helpful move especially if the central pot has an Early Years tag on it. In the meantime, best to join organisations which advocate on behalf of the apprentices so you remain in the communication loop.

Lev Vygotsky (well known to all students of Early Years) used the metaphor of the “little apprentice” to describe the help and support children need from their teachers to extend and stretch their learning. It’s no different for the adult apprentice.

The A-Z of Early Years by June O’Sullivan is priced £19.99 (paperback) available via Sage 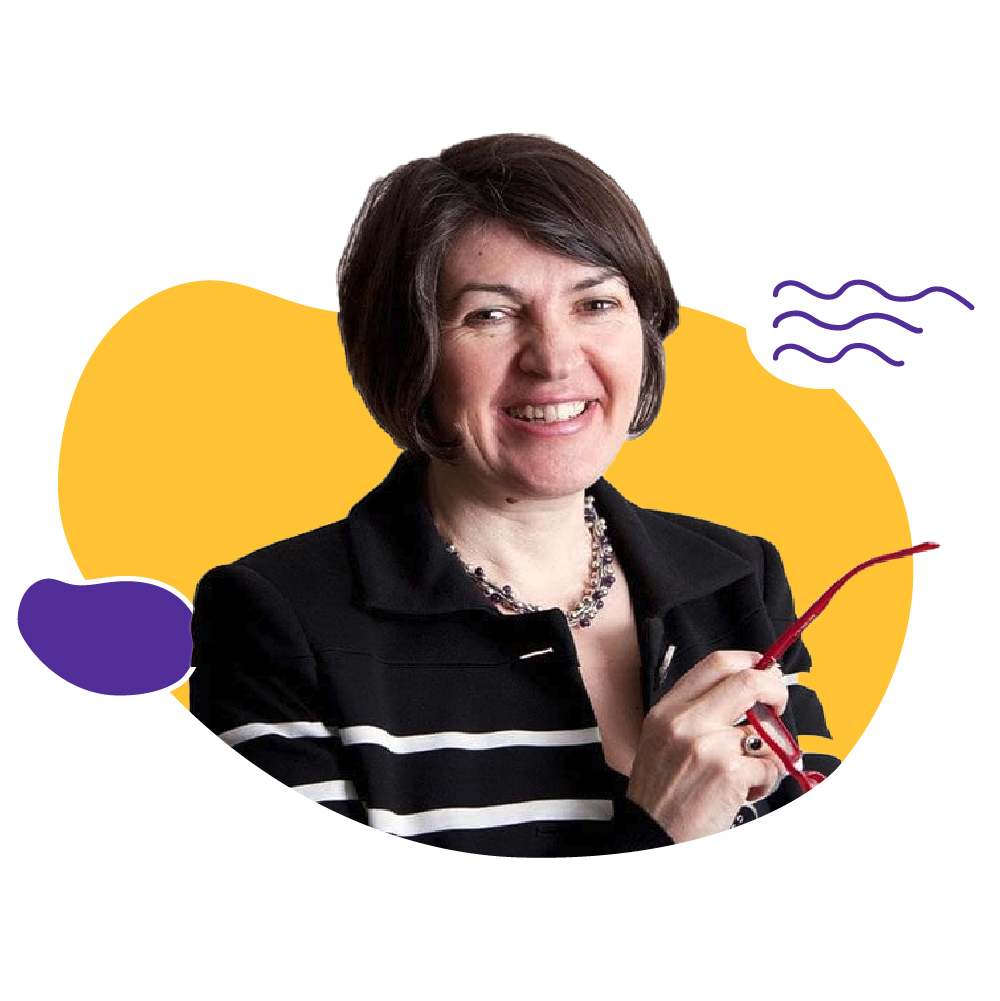 June is the CEO of London Early Years Foundation, the UK’s largest childcare charitable social enterprise with a family of 37 nurseries across London.

June is the CEO of London Early Years Foundation, the UK’s largest childcare charitable social enterprise with a family of 37 nurseries across London. 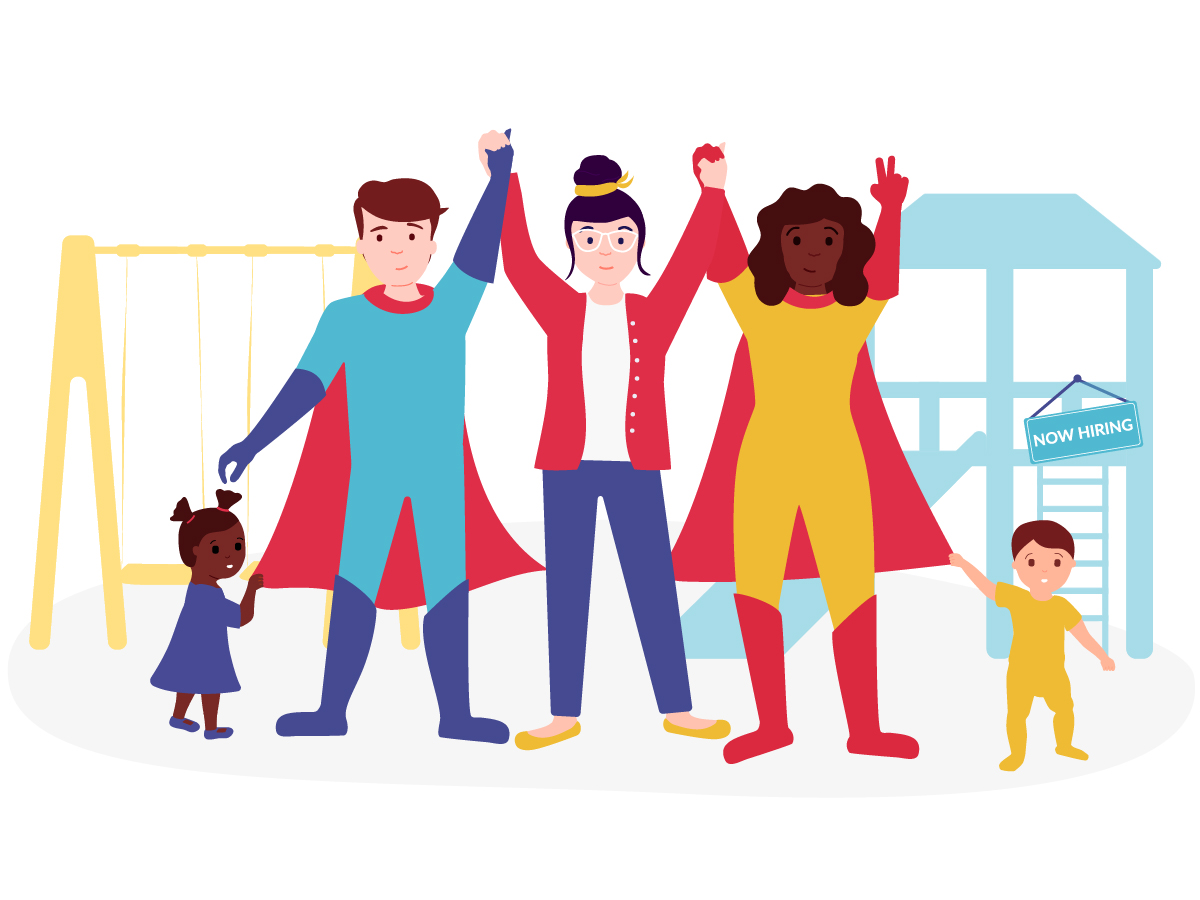 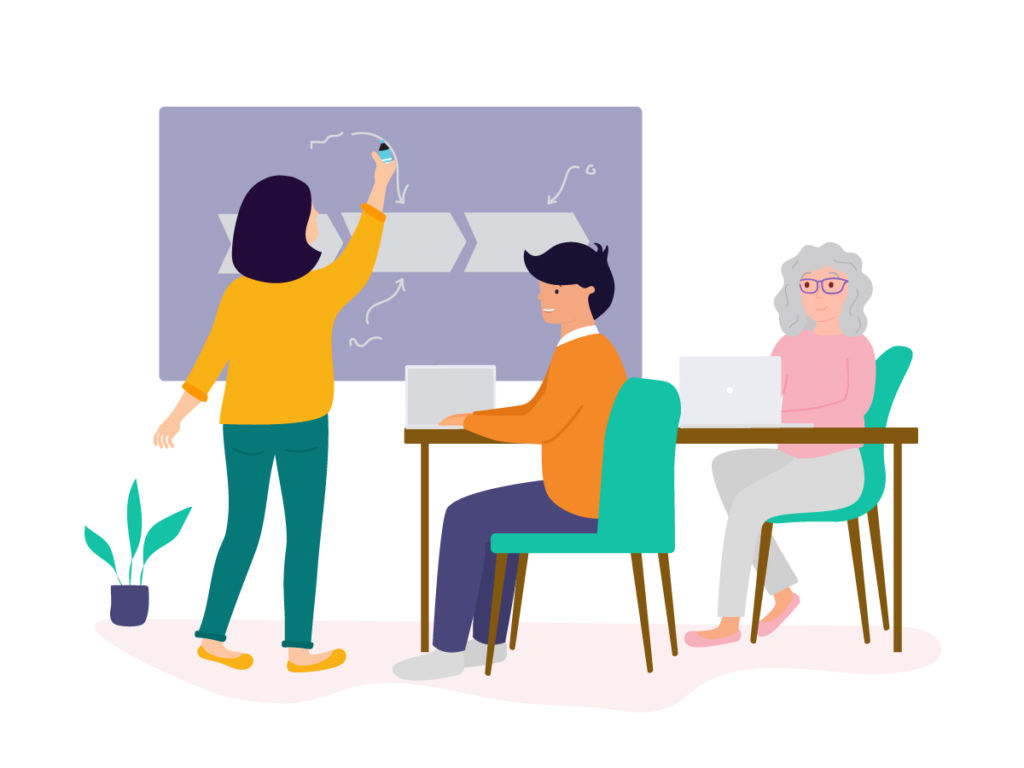 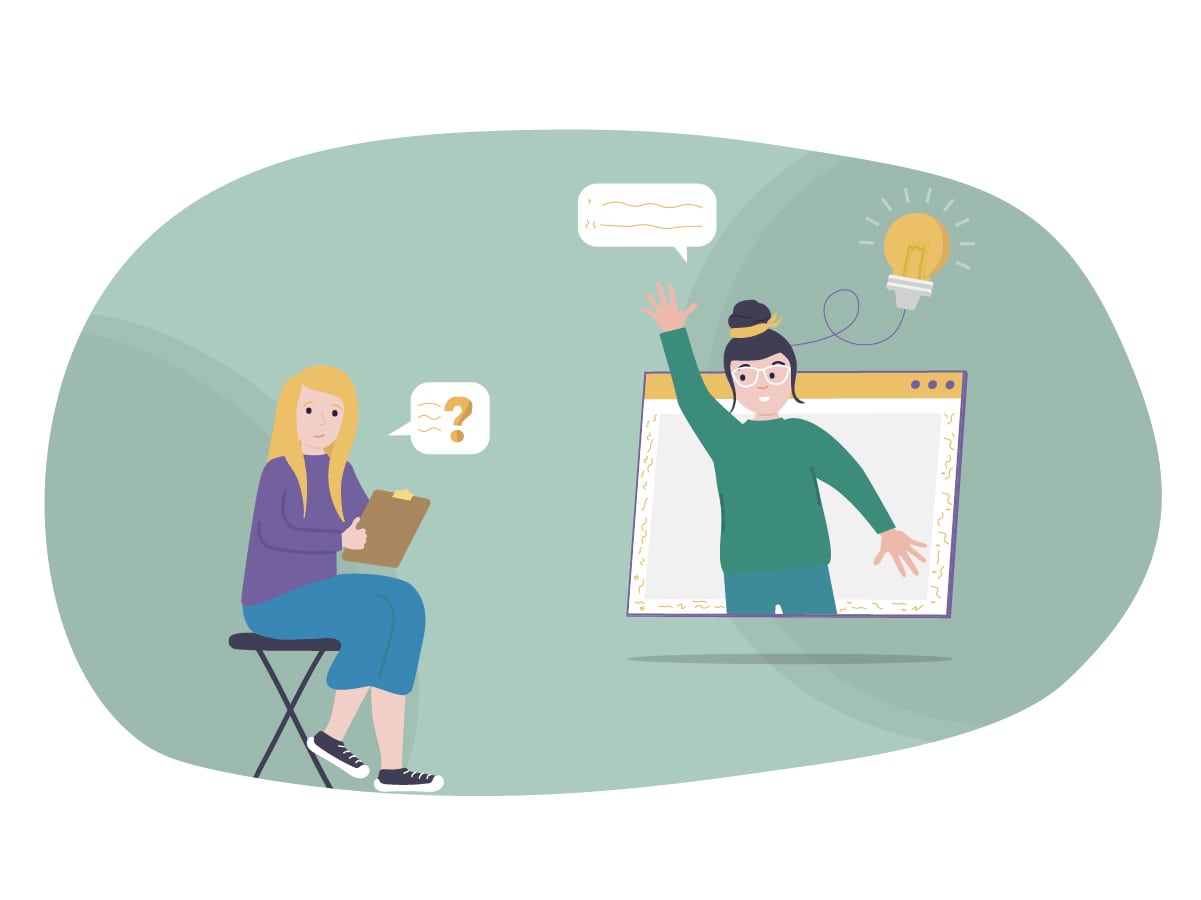