How to really foster empathy in children.

How to really foster empathy in children.
and

How many times have you caught yourself saying this? Or heard parents doing so? And how many times do you feel like it really helped the situation you were dealing with?

Whether they are intentional or a complete accident, conflicts happen in any childcare setting. It’s easy to ask children of any age to apologise, and preparing children to understand why apologies matter is a crucial part of their development.

But so often, this approach forces apologies that come without meaning or a real understanding of exactly what’s happened. We’re going to take a look at what’s wrong with forcing apologies like this, how empathy works in young children, and some tools you can use instead when faced with a situation that makes you want to say ‘Say Sorry’.

To start with, we need to think about exactly what we really want an apology to mean. In short, it shows that someone:

Not quite as simple as it seems.

Asking children to expect to understand this full range of emotions is a lot. What can often come out instead is a robotic apology that means very little, because the child knows saying sorry is what is expected of them, even if they don’t really understand why.

What’s more, it’s teaching children a magic word that can get them off the hook. And even more importantly, the practitioner is missing out on an opportunity to work through some crucial empathetic progress.

To better understand what might work instead, we need to know a little more about this whole empathy thing…

Empathy isn’t easy. Putting yourself in another person’s shoes is really difficult to do, especially for young ones who are still developing an understanding of their own emotions.

In fact, empathy tends to be one of the last social skills children develop fully. It starts with having self-awareness and then being able to project this onto the way other children might be feeling.

Heather Shumaker, author of the brilliant ‘It’s OK not to share…” explains the problem with young children and remorse.

“Most children are not capable of being sorry yet. Children differ—you may have an early bloomer—but most children simply lack the emotional and cognitive development to feel remorse. Expecting young kids to say “Sorry” teaches them nothing more than a misguided lesson in sequence: kick, say “Sorry,” move on.”

Piaget focuses on this a lot in his understanding of the Preoperational stage (from 2-7), where he says many children are still egocentric and find it difficult to fully take the point of view of others.

So when fully fledged empathy is not yet complete in many pre-school children, why are we asking them to apologise? Instead, you need to start seeing these moments as excellent opportunities to develop their empathy, rather than a few more empty words.

What to do instead?

It looks like ‘Say Sorry’ isn’t the answer. So what can practitioners do to use these situations to actually develop a child’s empathy?

1. Recognise a different type of resolution

Just because children can’t always understand the complexities behind an apology, doesn’t mean they can’t resolve the situation in a different way.

Many of you will have witnessed beautiful moments without a hint of a ‘sorry’. Of children giving a helping hand to a friend they accidentally knocked over. Of them offering a toy or treat to someone they have upset. These moments show children starting to recognise feelings they have felt themselves or simply acting on instinct.

By barging in with a ‘Say Sorry’, you’re stilting the opportunity for a more genuine resolution. Make sure that you’re recognising all different types of resolution and not simply insisting on an apology.

Time is also important here. It is often rushing in with this forced apology that prevents children from really taking a look at what’s happened before they are made to feel like they’ve ‘resolved’ the matter.

Of course, this requires children to be present in the moment after the incident, which is why you need to…

3. Bring the children together

One way is to simply bring the children together. If they realise they’ve done something wrong, sometimes children simply want to remove themselves from the situation. They’re not alone either – many adults take a similar approach.

But by telling them clearly what’s happened and explaining that they need to stay, they have to take a clear look at exactly what happened.

Heather Shumaker also covers many ideas for how to better resolve these situations in her book.

“When you were playing with blocks, you knocked over Alice’s tower too.” “When you were jumping around you hit John in the face with your hand.”

These comments shouldn’t come with judgement, they are just there to help the child understand what they have done, even if this seems obvious to you.

It’s important for children to be involved in the actions to resolve the conflict too.

This isn’t a ‘consequence’ or ‘punishment’, but simply encouraging them to take a step towards improving the situation. Modelling this behaviour can also help to show them how it’s done, and you may find them taking the steps to resolve the situation by themselves in the future.

Describing the effect of what’s happened starts to bring the relationship of cause and effect into focus.

“When you hit Amelia, it scratched her face. That must hurt.” This might look like a guilt trip, but that’s not the point. It’s another way of encouraging empathy and being clear about how what’s happened might have caused the upset.

As you might have noticed, this really isn’t about punishment or blame. Understanding your role in a conflict is crucial to a meaningful apology, but it’s not as simple as trying to dish out blame.

The kind of descriptive conversations we’ve been talking about so far are key to this, as it allows children to develop a constructive understanding of remorse, rather than one linked to shame.

8. Model by apologising in your own life

One of the greatest ways we can foster empathy is by apologising in the correct way ourselves.

You can model empathy straight away, by asking the hurt child if they are OK. But you can also take steps to apologise when you might have done something wrong.

Some good ways to model quality apologies include:

If you’re interested in this idea of a better way to model apologies, this is an interesting piece.

9. Ask them to make a guarantee

For younger children, a guarantee is more meaningful than a forced apology. Ask “Will you do that again?” and encourage them to make a reassurance to the other child. This helps to reestablish trust between the children, which is crucial to repairing the relationship after the conflict.

As we’ve already mentioned plenty of times, the advantage of these approaches over ‘Say Sorry’ is that you actually have the chance to teach full empathy to children in your setting.

Understanding the ages at which children are likely to feel empathy should be your starting point. At a very young age, all you can do is simply describe the feelings of others and why they might feel that way, as well as guiding their play towards empathy. For example, you might say about a toy they’re playing with that “The baby is hungry! Are they going to get some food too?.”

As the children grow you can start to ask more open-ended questions to give them the opportunity to think about others’ feelings. Questions like “How can we help John feel better about his sore foot?” are a good start. 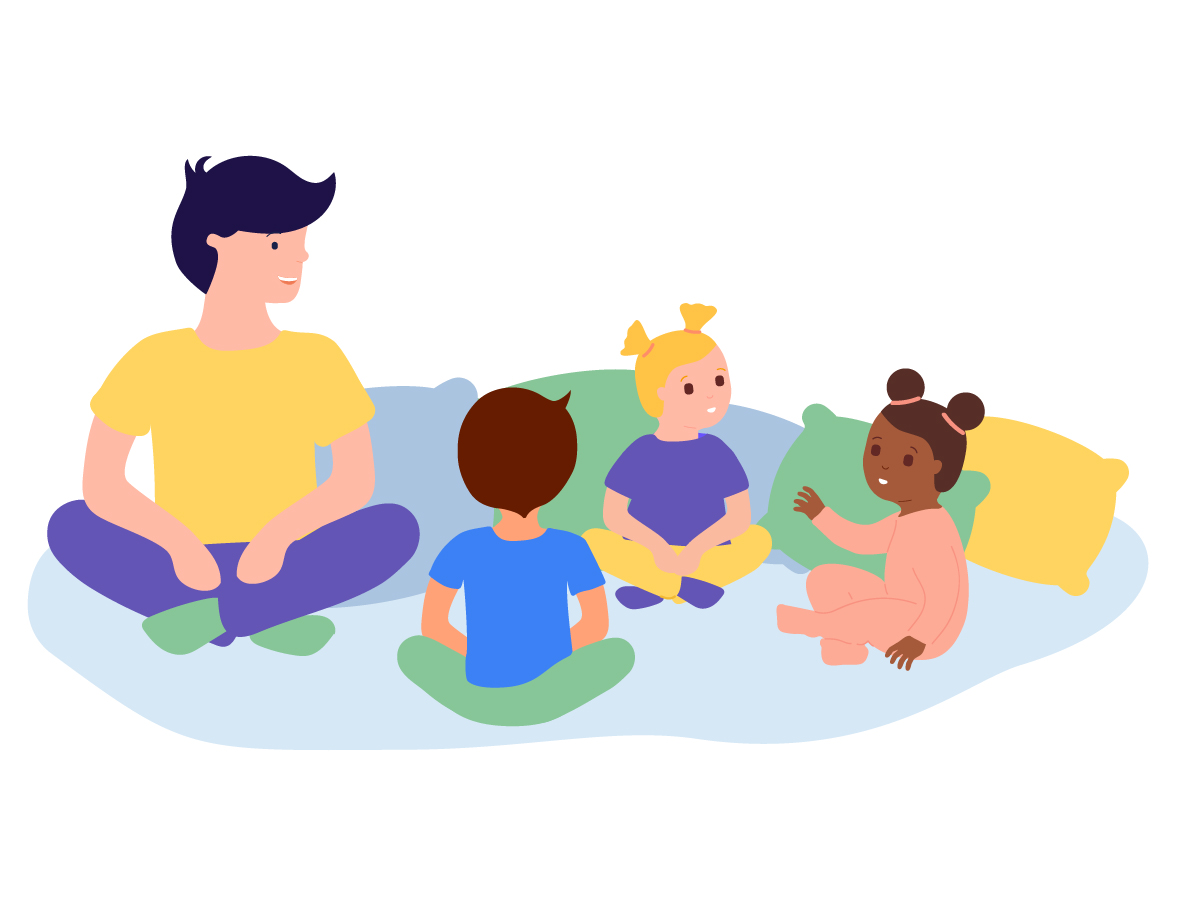 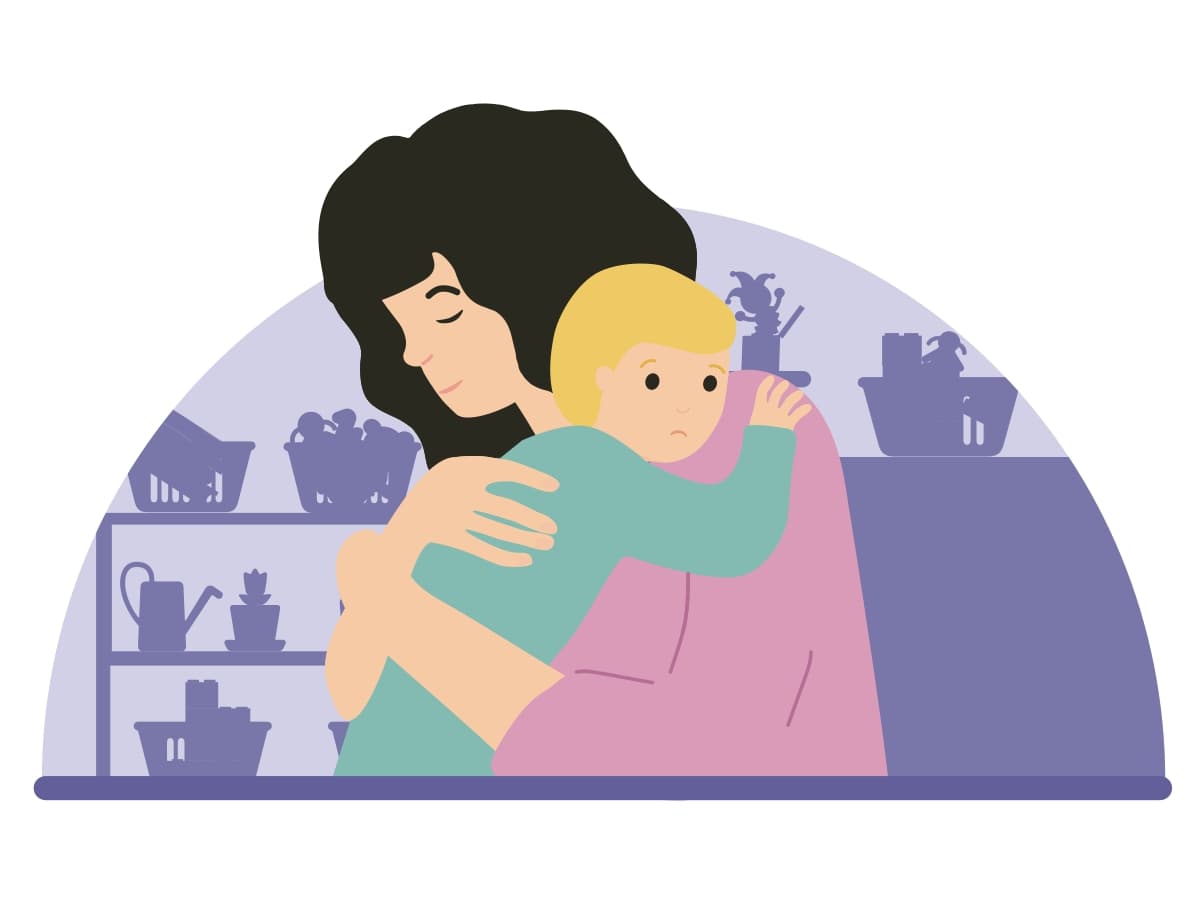 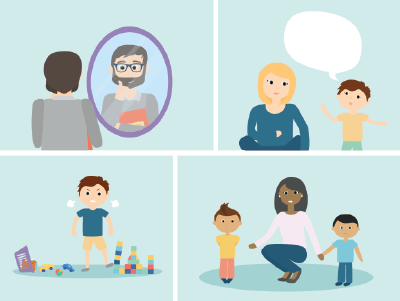