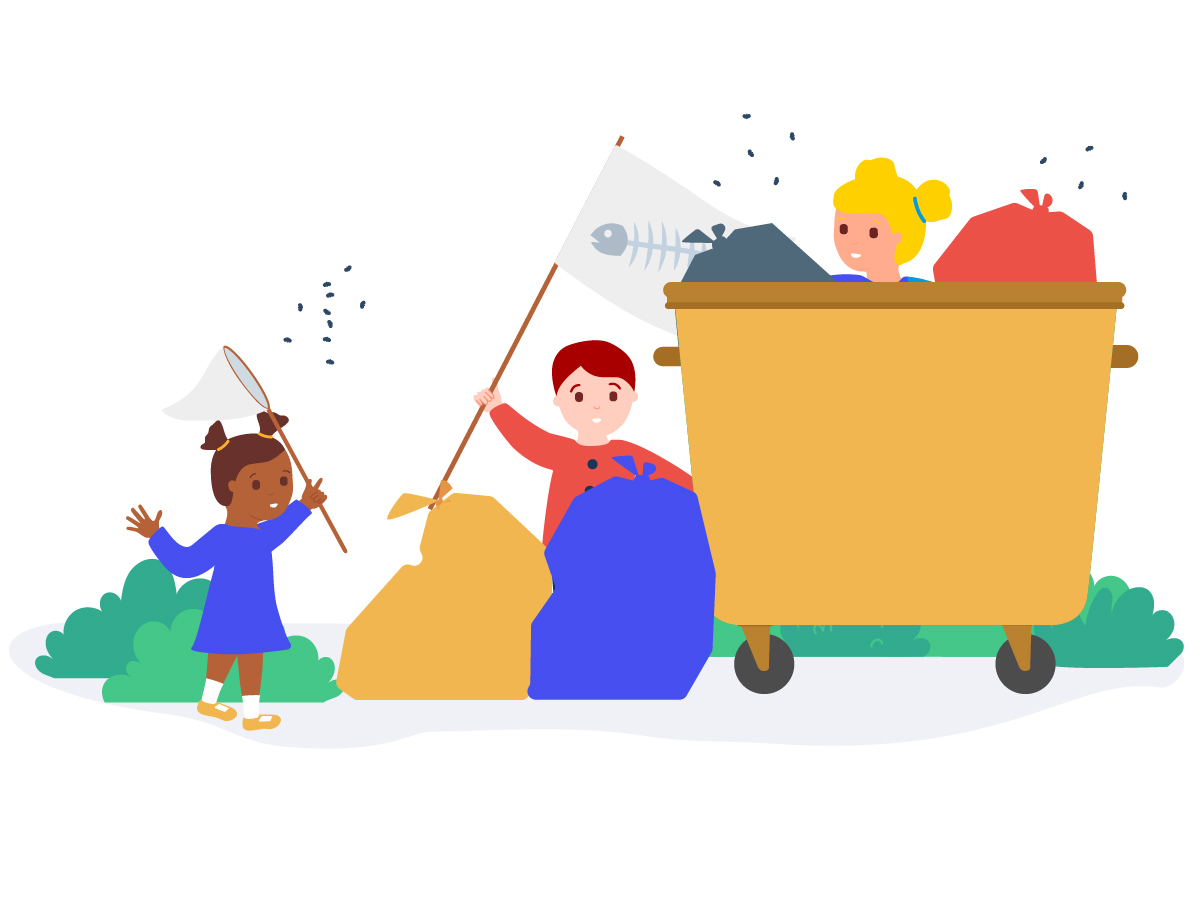 The happiest children are playing in the garbage

Adventure playgrounds give us a new way to think about play.

Adventure playgrounds give us a new way to think about play.
and

• This piece is about adventure playgrounds, and way that they give children more opportunities to take risks and explore independent play.

• To some, adventure playgrounds might seem like ugly, needless risks. To others, they’re where children can experience the purest form of play.

• In this story, we'll look at where adventure playgrounds came from, the philosophy fueling the concept, and how you can explore the concept further yourself.

Picture a fenced-in dirt lot, scattered with old tires and paint cans. In the middle, a few younger children are trying to hammer nails into a clubhouse made of scrap lumber. Over in the corner, another group is trying to get a bonfire going out of dry twigs and yarn.

There’s hardly an adult in sight.

If the sound of this sets off your alarm bells, you’re not alone. But some might tell you that you’re witnessing children engaging in one of the most valuable forms of play.

On your conventional playground, adults prescribe play. Grown-ups designed the swing sets, picked out the slides, and installed the monkey bars. On adventure playgrounds, the structures that pop up are a direct expression of children’s interests and creativity. Children get the space, tools and freedom to build what they like, and to use it how they see fit.

To a first-time visitor, adventure playgrounds might look risky, informal or unstructured. But their supporters believe that this type of play creates happier, more resilient, creative children.

And as little ones face more pressure to perform and professionalize, adventure playgrounds offer us the opportunity to get back to the very roots of play-based learning. So let's look at why they're valuable, and how you can draw from these concepts in early education.

The origins of the adventure playground

The Danish landscape architect Carl Theodor Sørensen noticed that children had a fascination with construction sites and junk yards, and wanted to create an environment that could enable little ones to tap into that impulse.

His solution was a dirt lot, stocked with scrap wood, hammers and nails, shovels, and bits of old building materials and refuse. In Danish, he called it a ‘skrammellegeplads’ — a junk playground.

If it seemed like a loose idea, it was. The point was for the children to decide what the park would be, and how they wanted to shape their own play. They would do so under the supervision of ‘playworkers’: trained adults who were there to support and assist children in their play, but never to guide or shape their play.

In 1946, the British landscape architect Marjory Allen wrote how she felt the concept affirmed children’s creativity and capabilities:

“The main difference is that the children are given facilities which are a spur to their creative abilities and their love of fun and adventure,” she said. “The area in which they are invited to play will no longer be an insult to their intelligence or to their physical abilities.”

Inspired, Marjory Allen became the driving advocate in spreading the concept across the UK after World War II. The English gave junk playgrounds the more appealing name of ‘adventure playgrounds,’ by which we know the concept today.

Compared with your conventional playground, an adventure playground might seem risky.

There are more rough edges, heavy objects, and unsupervised space than we’re used to giving children. It’s our natural adult instinct to want to protect children from risk, of course. But it’s also children’s instinct to seek out risk.

In our early years, our brains are wired to reward us for confronting risks. It’s how we learn to weigh consequences, understand the limits of our own physical abilities, and build our coping skills. Risky play most often happens through children’s free, unstructured play, beyond the rules and supervision of adults.

• Play involving heights and the risk of falling, such as climbing a tree
• Play involving speed, like running or jumping from a swing
• Play with dangerous objects, like a pointy stick or tools
• Play near dangerous elements, like heavy blocks or a campfire
• Rough-and-tumble play, such as wrestling
• The ability to disappear or get lost

Why children benefit from exploring risk

Adventure playgrounds don’t inject danger for no reason. The risky elements that exist are planned, contained, and purposeful: it’s about giving children a controlled environment to explore their limits and abilities.

‍Tim Gill, a scholar and consultant on how children play in urban environments, says that exploring risk through play is an important developmental experience.

“Right from birth, children have an appetite for engaging with uncertainty and risk. Just watch any toddler trying to take their first steps,” Tim wrote in an email. “Of course, as adults we want to stop children from coming to serious harm. But if we try too hard to remove all risk, we deprive children of the very experiences that best help them learn how to cope with everyday life as they grow up.”

But how do we get the right balance of risk? On adventure playgrounds, this is where the playworker comes in.

At each adventure playground, upholding that purpose comes down to the playworkers.

Playworkers are professionals. They're trained adults whose job is to offer advice or a helping hand when children ask for it, or to step in if things get out of hand. But they aren’t meant to direct children’s play. Knowing when to step back is just as vital as knowing when to step in.

Jonas Bertelsen, the first playworker on the very first adventure playground in Denmark, said, “All the initiative must come from the children themselves. I cannot, and indeed will not, teach the children anything.”

Today, playworkers follow a formal set of principles, which speak to the ethos of the adventure playground:

• All children need to play. Play is a biological, psychological and social need, and a key part of the healthy development and well being of individuals and communities.

• Children determine and control their play. They follow their own instincts, ideas and interests, in their own way, for their own reasons. Playworkers are there to facilitate and support this process.

• Playworkers must help all children create a space in which they can play. But they must also recognize their own impact on the play space, and also the impact of children’s play on themselves.

• Interventions in children’s play must help extend play. All playworkers’ interventions must balance risks with the developmental benefits and children’s wellbeing.

How you can get started with adventure play

Adventure play doesn’t need to happen on an adventure playground. It’s more about the way you think about play, and how you let children determine how they want to play.

With that in mind, you’ve got some flexibility in how you can learn more about adventure play, and how to explore it in your own life.

But as you get started, Tim Gill says one of the most important things is staying patient. For most of us, adventure play might still take a bit of getting used to.

“In practice, many adults find it very difficult not to get over-involved. And some children can be non-plussed at first, especially if free play is very unfamiliar,” he says.

Here are some ways you and your children can explore adventure play:

• Learn more about playwork and adventure play. For us grown-ups, the biggest skill is knowing how to not get in the way. You can find plenty of online resources connected to playwork, and how adults can best facilitate children’s adventure play.

‍• Put together a playpod. Playpods are packages full of loose parts and open-ended materials for children to play with — a more portable version of the adventure playground ethos. You can assemble your own playpod, or find playpod suppliers in the US and UK. 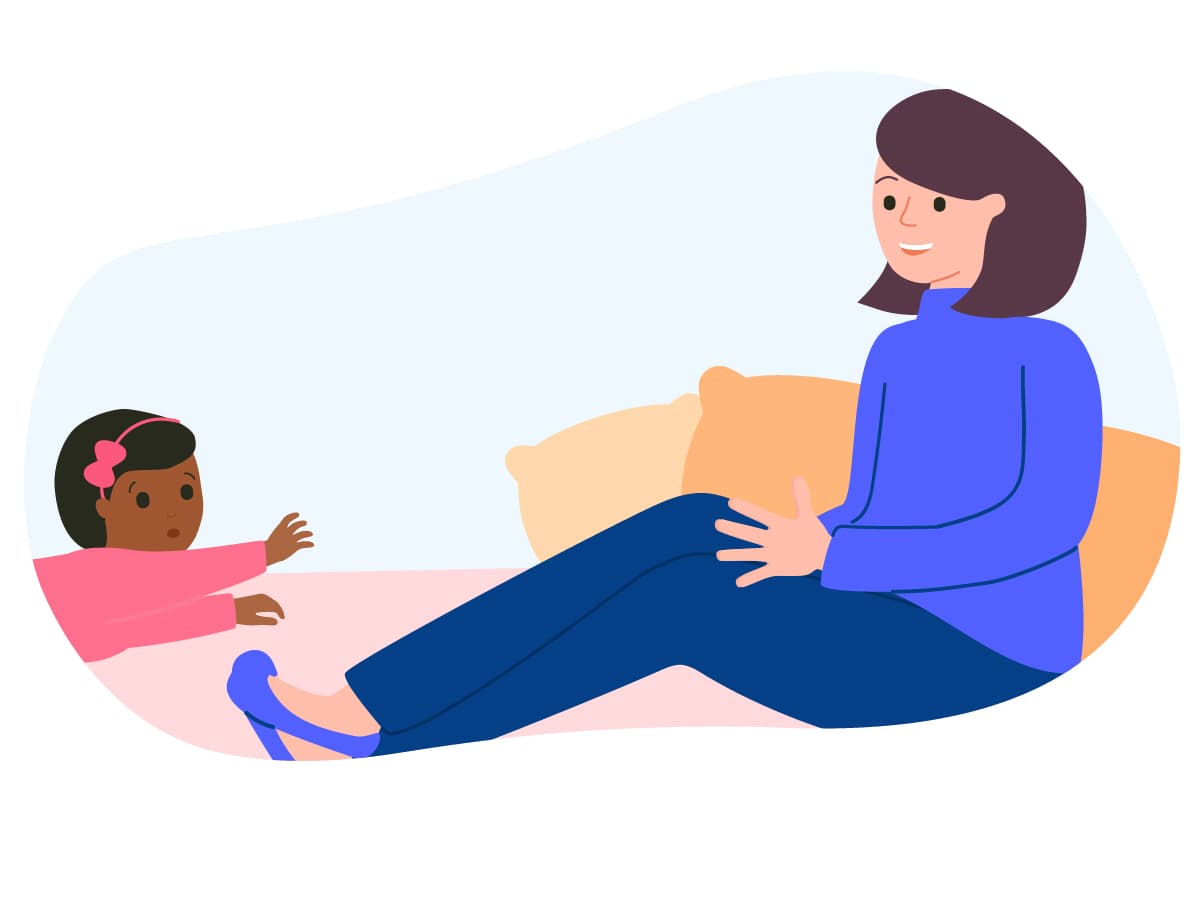 What the Pikler approach tells us about letting babies struggle

What is place-based learning in early education?

How To Introduce More Risky Play in the Early Years