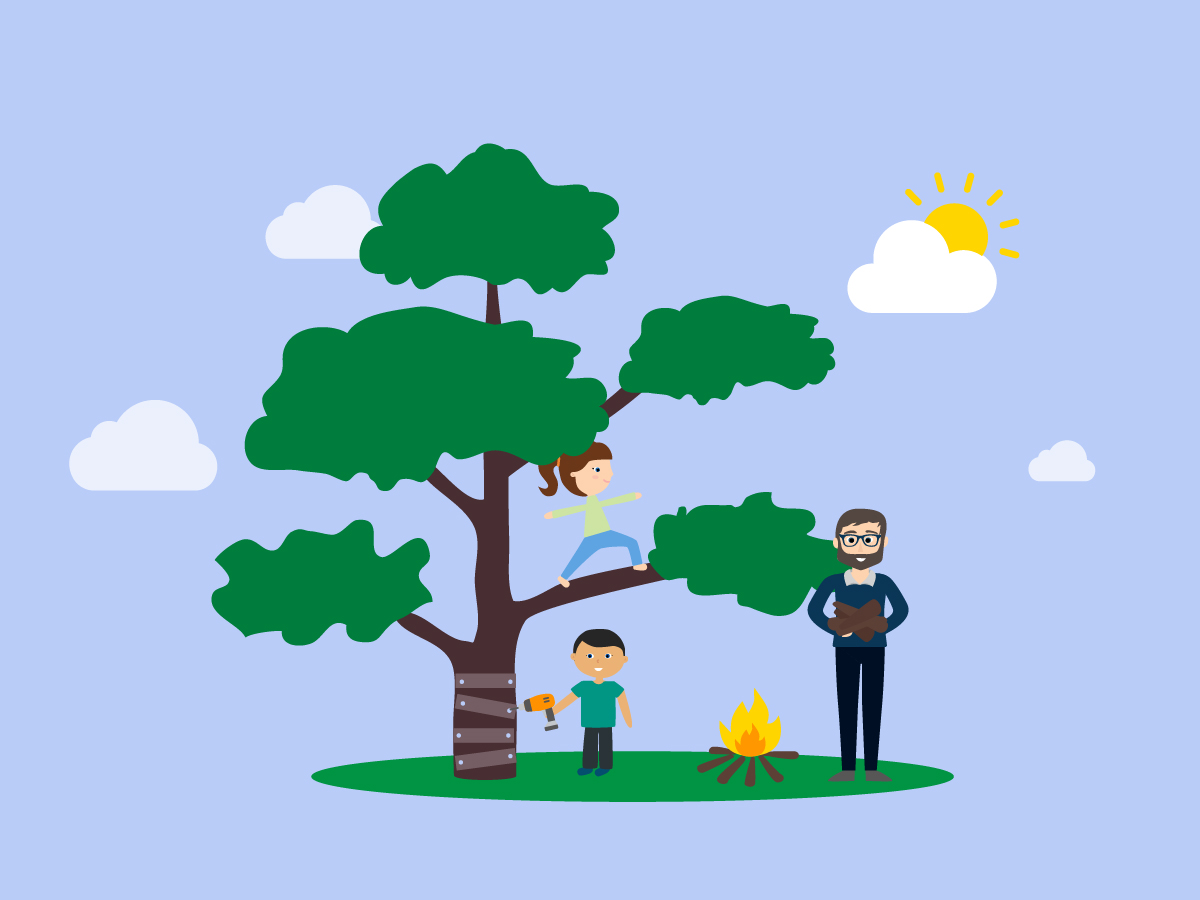 How To Introduce More Risky Play in the Early Years

And why those risks matter so much. 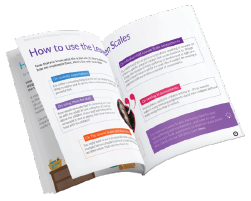 This guide is all about helping you to encourage better child behaviour in your early years setting.

It’s becoming increasingly clear that risky play in the early years is a key part of any child’s development.

Jumping off logs, climbing trees, sliding, slipping and speeding around were once a natural part of any childhood. But in an increasingly risk-averse society dominated by helicopter parents and health and safety, these things aren’t necessarily a given anymore.

That’s where you step in – making sure that every child gets the opportunity to push their boundaries and explore what they can do when it comes to their risky play.

What is risky play in the early years?

Before we start, let’s take a second to think about what we mean by risky play.

Risky play is thrilling and exciting. It’s got a risk of physical injury. It’s challenging, it tests limits and it helps children to establish boundaries. It could be climbing, sliding, balancing jumping and hanging, rolling or using potentially dangerous tools.

Ellen Beate Hansen Sandseter, an expert in the area of risky play, breaks it down into six main areas:

Where does this all come from? Well, there’s some suggestion that it’s evolutionary, helping young children to explore and learn, and there’s been proof that it’s found in many other young mammals too.

Without it, it seems that developing mammals can overreact to new environments and go into fight or flight immediately when faced with unfamiliar peers. This all feeds into the emotion regulation theory of play, that one of play’s major functions is to teach developing brains how to regulate fear and anger.

And your role as an early educator? To find the right balance. To ensure that children are able to enjoy all the benefits of risky play in the early years without any serious injuries really taking place.

So that’s what risky play is. But why is it important to children’s development?

Most simply, it’s because they enjoy it. Any activity that a child is engaged in and focused on is likely to be a great learning opportunity, and that’s the case with risky play in the early years.

What’s more, it’s where children learn about risk. If they’re not exposed to risk in their lives, they have no chance to learn how to assess it and manage different situations. Even the Health and Safety Executive agree…

“The goal is not to eliminate risk, but to weigh up the risks and benefits. No child will learn about risk if they are wrapped in cotton wool”

So risky play is natural and invaluable for children in how they understand the world around them. But it also allows them to experience crucial emotions, such as:

And if that all wasn’t enough, the kind of physical, outdoors activity normally associated with risky play in the early years is great for a whole bunch of skills such as motor control, balance, coordination, body awareness and risk assessment.

Phew. Now that we’ve got you convinced it’s important, it’s time to move onto the meaty stuff. It’s time to look at how you can support and encourage risky play in your own setting.

A quick note on gender

OK, so that last bit was a little fib. Before we really get going, there’s one thing we want to quickly address. That’s gender and risky play.

Whenever you’re working on risky play, be watchful of your unconscious biases. Whether we mean to or not, many people tend to encourage messy, risky little boy adventurers and don’t do quite as well with the girls. Just watch that you’re encouraging all children equally and that you’re not complimenting the boys on pushing their boundaries more than you are with the girls.

One of the most important things to remember when it comes to risky play in the early years is to trust the children. They may be motivated to explore their boundaries but they also know their capacities, often a lot better than you will. They know what they’re ready for.

This is why you can’t push risk-taking, but instead, ensure that you have an environment that is ripe for little explorers to take their own. By pushing a child too far, you’ll leave them with trauma and shame, making them turn away from fun adventures in the future.

But by hitting that sweet spot, and allowing children to find their own ‘discomfort zone’, you’ll provide a thrilling learning environment for your little ones.

Of course, there will be some risks that are too great, and occasionally you’ll have a few learners who need a helping hand to find their boundaries.

You don’t want children’s lives to be in danger, or any serious injury to be likely. That’s why with any new piece of equipment we do risk-benefit assessments, working out whether the risk of a resource or activity far outweighs the benefit.

Is something guaranteed to be seriously dangerous? Well, then it’s probably not OK. But is there a low chance of bumps, grazes, or cuts? Maybe that’s alright. These marks help children to manage their own bodies and it’s simply a part of growing up. More importantly, by not giving access to risky resources, the children are missing out on an important piece of the development puzzle.

You need to think about the hazards of course, but don’t focus on the worst-case scenario. If the potential injuries are minor or unlikely then the benefits probably outweigh the risks.

It’s difficult to resist the urge to help a child when they’re struggling, but by interfering, you’re stopping a potentially valuable learning experience.

Falling, failing, hurting yourself a little – that’s all part of the process of managing your body and understanding risk. Getting your intervention right as a practitioner or leader is the key to getting risky play in the early years right.

If you want to see how this works in the real world, this article from Teacher Tom is great on getting the intervention right and why it’s invaluable in building a child’s resilience. But if direct intervention isn’t the answer, what can you do to support a child’s risky play? Well, one thing you can do is…

We all know the power of open-ended questions in the early years, but nowhere are they more important than in risky play.

Your language is very important when it comes to risky play in the early years. You don’t want to say no (unless it really is life-threatening) and you need to be careful not to pass over your own fears in the way you speak. ‘It’s too high’ and ‘Come down from there’ are sentences that need to be shelved.

Instead, you can use language that encourages children to more carefully consider what they’re doing. Try questions like:

You can also consider asking them to talk you through their decisions to make sure they really are thinking about their own next steps. If you want to encourage more risky play, instructions are not the way. Try prompts instead, like leaving a plank over some tires or placing certain things out of reach with nearby resources that they can use to stand on.

Often, problems with risky play in the early years come when an activity is rushed, not because the activity is unsafe. This can be particularly problematic when you need to transition to another part of the nursery day.

This is why you need to be a bit flexible with your schedule when you’re doing risky play. Moving a child on when they’re close to a result, or when they’re engrossed in something risky can be damaging to their confidence and cause behavioural problems.

You need to make proper time for outdoor and physical play too, and ensure you have enough staff to properly supervise. This can be difficult in a busy setting but once you understand the crucial role that risky play performs in a child’s development, it’s clear that the payoff is worth it.

6. Getting parents on board

If you really want risky play to work at your setting, you can’t afford to skip this step.

Without parent approval, you’re going to face an uphill battle for every little cut or scrape. What’s more, the education won’t be consistent if the same principles and attitudes aren’t being followed at home too.

You need to educate parents on the benefits of risky play in the early years. Start with articles like this one that can help parents with ideas on how to encourage more outdoor risks.

Keen to learn more? On top of the articles we’ve already linked, we wanted to share with you some of the great articles and guides we used to research this piece:

Find out below how Famly saved the team at Free Range Urban Kids time, and see what we can do for you in a personal demo. 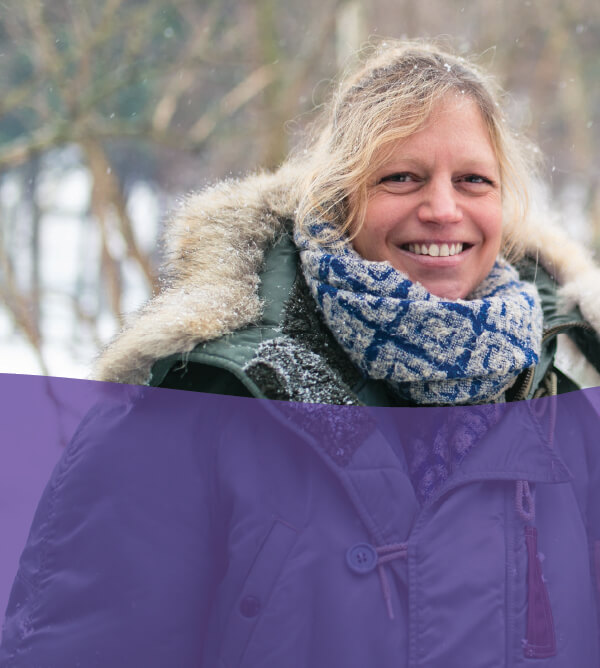 “Before Famly I found myself sitting up til 2:00 every morning, just trying to fit it all in. Now, Famly has organised the nursery and does everything for me." - Elizabeth, Director, Free Range Urban Kids

Find out below how Famly saved the team at Free Range Urban Kids time, and see what we can do for you in a personal demo.