Here's how to tell your googoos from your gagas.

Here's how to tell your googoos from your gagas.
and

But that sure doesn’t stop them from trying.

If you’re caring for infants, you’re familiar with the sounds of baby babble. You’ve heard the gooos and the gaaas, the bababababas, and the doodoodoodoos. What you might not know, however, is what this babble really means — or why babies do it.

Today, we’re going to decode baby babble. We’ll learn why babies even babble in the first place, how that babble develops, and how you can best support your babbling babies on their language learning journey. And to get an expert’s perspective on all that, we’ll hear from Dr. Jenny Saffran.

Jenny is a professor with the University of Wisconsin-Madison’s Department of Psychology, who focuses on how children pick up language. She also helps lead the University’s Infant Learning and Little Listeners laboratories, which focus on speech development in early childhood.

And as she explains, if we want to understand babble, we should start by looking at deaf babies.

Why doth the baby babble?‍

There are still a lot of unknowns in our understanding of why babies babble. But a lot of what we do know, we owe to deaf babies.

The thing is, deaf babies babble too. They start babbling at the same age as babies who can hear, and their babble sounds the same. Even deaf babies with deaf parents will babble, although nobody in the family can hear it.

That’s what leads Jenny, as well as many other researchers, to believe that part of babbling is just about babies exploring what their bodies can do.

“At the start, babies probably babble for the same reason they might suck on their toes, wiggle their arms, or any of those early body motions. It just feels good for them, and it’s kind of fun,” Jenny explains.

But there’s more to it, too.

If we expose babies to sign language, they’ll start babbling in hand signs. Regardless of whether a baby is hearing or deaf, you’ll see them start to bunch up their fists and wiggle their fingers, making simple mimics of the hand signs they see. Babies who don’t see any sign language won’t do this sort of babble — so we know that babble is, at least in part, a skill that we learn.

The truth, Jenny suggests, is somewhere in between. Part of babbling is probably just babies exploring their bodies, and what they can do. But we’ve also got good reason to believe that babies are, from an early age, sensitive to the basic concept of communication. Maybe babbling babies don’t know what’s being said, but they get that this back-and-forth is important.

But because we can’t really do a scientific interview with a six-month-old, it’s hard to know for sure.

A brief timeline of babbling‍

While babies can already understand some of the words we say by the time they’re 6 months old, their own speaking skills take a little longer to kick in.

You might look at babble as a stepping stone on that journey. Regardless of whether we know the real why behind baby babble, it’s what gives them the basic foundation to say words later on. So we’ll take a quick look at how babble bubbles up, and where it goes from there.

But before that, it’s worth clarifying that language acquisition works differently for everybody. These are average milestones — and for every average, you’ll have babies clocking in a little later and a little earlier. Both of those are completely fine too.

Infant-directed speech: our answer to babble

If you’re conversing with a babbling baby, you’re probably speaking a little language that scientists call infant-directed speech. You might know it as “parentese.”‍

Almost all cultures and languages, including sign language, have some form of infant-directed speech. Compared to our grown-up speech, it’s got three defining characteristics:

But Jenny is careful to point out that infant-directed speech isn’t essential — babies will learn to speak just fine if they only hear grown-up speech. In general, she says, you don’t need to feel like there’s one single “right way” to support babbling babies as they build up their speaking skills. 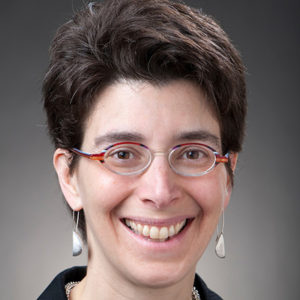 “Humans didn’t evolve language in this environment where we think that if we say the right things to our babies, they’ll have a better shot at getting into the best university. That’s a really recent thing — we’ve been learning languages just fine for thousands of years before that."

Sometimes, it can seem like there’s some special recipe to speaking skills — like if we say the right amount of words to a baby, they’re guaranteed to turn out smarter later on.

But maybe not it’s not about the amount of speech, so much as warmth and sincerity of your interactions. As Jenny says, it might help to reframe this whole question as a ‘quality versus quantity’ sort of thing.

“Just having a caregiver spew language at you isn’t going to do anything if you’re not interested in it. It’s more about tailored language, talking about the things you notice that babies are into,”  she explains.

If your baby really loves a certain teddy bear, tell them a little story about it. If your baby is staring at a lamp on the table, explain what it is, what color it is, or how it works. When babies seem interested and receptive, that’s a good time to talk. But if they seem checked out, you don’t need to talk.

After all, Jenny says, babies get bored too.

“Even if a shorter interaction has fewer words, it can be a richer learning experience for babies than being with a caregiver who never stops talking, because they think they’ve got to talk to babies every minute they’re awake,” Jenny says. “My guess is that babies are tuning those adults the heck out.”

‍How do we best back our babbling babies? ‍

You don’t need some magic recipe for creating a tiny linguistic genius, and you shouldn’t feel guilty if you don’t have time for dedicated “language time” every single day.

Instead of stressing over delivering some measurable boost to babies’ language skills, it’s enough to know that when we talk to babies, we’re helping build a stronger bond and a warmer relationship together.

With that in mind, let’s look at Jenny’s advice for how to speak with those babbling babies in your life:

Ultimately, the best support for a babbling baby is what feels best for you. It’s not about hitting some daily number of words, Jenny explains, but about making language learning a personal, meaningful experience for you and your babbling baby.