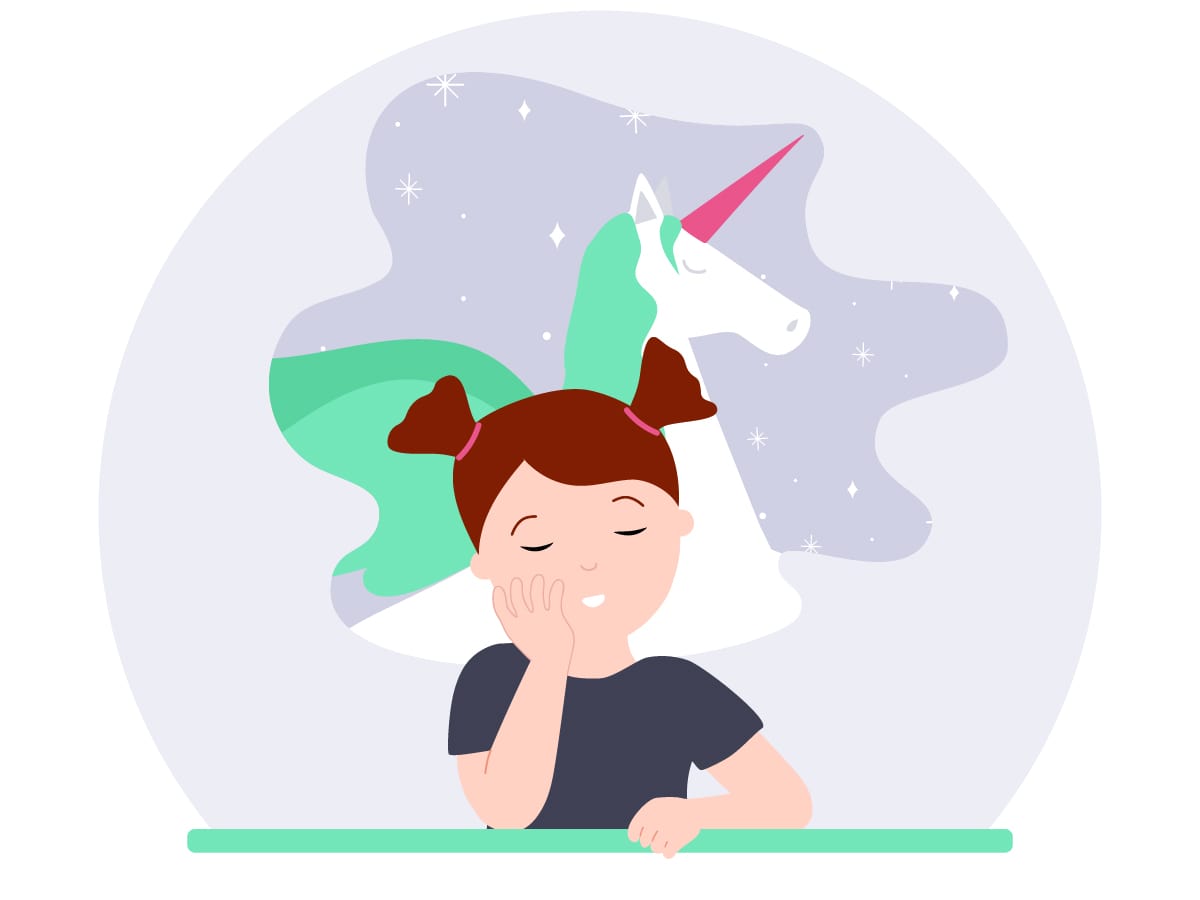 What do you do when children ask if unicorns are real?

We’ve got to tread carefully in the world of children’s fantasy.

We’ve got to tread carefully in the world of children’s fantasy.
and

• This article is all about fantasy and pretend play in children's early years. As grown-ups, how do we interact with the realm of children's fantasy and imagination?

• We'll look at why fantasy and pretend play is such an important developmental experience. It's more than just frivolous play — it's about how we find meaning in our own world, and how we decide what's true.

• By the end of this story, you'll pick up a few thoughts and tips on how to help make sure children carry that imaginative spark their whole lives long.

Working in early education, it’s only a matter of time before you’ve got to face down one of the toughest questions of your career:

For you, with your grown-up brain, the answer is probably quite clear. But answering that question, to the wide-eyed toddler who asked it, is a more complicated matter.

When you’re put on the spot like that, it might feel kind of tricky. Answer honestly, and you risk extinguishing a little flame of creativity. Play along, and you’re not being quite truthful.

But this question is bigger than unicorns, really. We’re dealing with one of the fundamentals of childhood: fantasy and pretend play.

And if we dismiss childhood fantasy as simple fun and frivolity, we’re not giving children enough credit. Within a toddler’s bubbling imagination, fantasy and pretend play boost a couple key developmental skills — but more importantly, it cuts to the very core of how we find truth and meaning in the world around us.

If that sounds like a bit much, keep reading.

In this article, we’ll talk about where fantasy and pretend play comes from, and why it’s such a foundational part of how we shape our whole perspective toward the world. Plus, you’ll learn how you can best respond when you’ve got to answer that question about unicorns.

Let’s get into it.

How we use fantasy and pretend play in our early lives

Fantasy and pretend play are some of the first tools we use to help understand the world around us.

Toddlers have a fanatic drive to understand why everything is the way it is — but two or three years just isn’t much time to figure out how the whole world works. So as children learn about the world, they use fantasy to fill in the blanks and explain the unknown.

When we think fantasy, our first idea is often that of unicorns, trolls, and imaginary friends. But in the early years, fantasy can come into play in lots of little day-to-day applications.

Here are a few examples of how children use fantasy and pretend play:

We can look to recent research, such as that from the Lego Foundation, that connects pretend play with stronger language and narrative skills, and better emotional regulation. But there’s a bigger skill in the works here, which is harder to measure — It’s the way that exploring fantasy helps us decide what is true, and what has meaning to us.

With our grown-up brains, it might be a little too easy to think children’s fantasies represent their firm beliefs.

But according to Dave Neale, a PhD researcher at the University of Cambridge who specializes in children’s pretend play, it’s more accurate to think of these fantasies as children’s placeholder theories for how the world works.

“Children slip in and out of the fantasy and real worlds very fluidly. It’s a way of exploring the world, and the boundaries of the world, and what they can do,” he says. “But when it really matters, we’ve seen that children are often quite able to separate fantasy from the real parts of their world.”

Most three-year-olds wouldn’t sit down with a General Electric user manual to puzzle out how an oven works. It’s just easier to imagine that there are two dragons that live in the oven (and they’re dating) and they use their fiery breaths to heat up that pan of lasagna. It’s unlikely children believe this to be a foundational truth, but it's a pretty good explanation until they learn something better.

As children get older, they encounter more and more knowledge that counters those early fantasy beliefs. Science lessons in primary school, for example, might replace the dragon theory about how the oven works. But ultimately, making those discoveries is up to them. 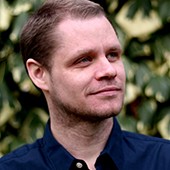 “You can teach children facts by telling them things, but you can’t teach them to discover truth by themselves. Eventually, children’s realizations about their beliefs is part of how they learn to determine truth, and to find the boundaries between fantasy and reality.”

The special case of Santa Claus

If we’re discussing children’s fantasy beliefs, we’ve got to talk about Santa Claus.

Unlike other elements of fantasy in children’s lives, there’s a whole cultural tradition to reinforce children’s belief in Santa. Parents are in on it, seasonal media coverage takes Santa seriously, and big companies talk about him. Even the military radars of the North American Aerospace Defense Command track Santa’s sleigh each year.

It’s safe to say that Mr. Claus enjoys a bit more credibility than your oven-dwelling dragon or imaginary friend.

So especially with young children, it feels more serious to confront the Santa myth. Would learning the truth be earth-shattering? What if it undermines children’s faith in their parents, to discover that the jolly gift-giver was in fact a ruse?

However, research on the subject suggests there’s no cause for alarm.

A study from 1994 found that children tend to debunk the idea of Santa around age seven, and they don’t find it to be a terrible revelation. Most children responded positively, as they appreciated the intent behind maintaining the fantasy. Parents, in fact, were the ones who were more sad about children shedding those beliefs.

As Dave points out, this reinforces the idea we’ve been exploring — that a core part of fantasy is exploring how the world works, and puzzling out what we believe to be true on our own.

“Most families don’t have a sit-down talk where you say explicitly that Santa isn’t real. Children find out for themselves over time, and that in itself is an important experience in understanding how truth and fantasy work in your own world,” he says.

How our relationship to fantasy and pretend play changes over time

In early education, children tend to be at their absolute peak years for fantasy and pretend play. But the degree to which children use fantasy, and how it plays a role in their lives, is a very elastic, personal matter. There’s no “right” age at which to tone down the fantasy play. As long as it’s not complicating anyone’s daily life, there’s no harm in a bit of imagination.

To understand fantasy as a developmental phase, let’s take a quick look at how it tends to factor into children’s lives throughout early childhood:

Alright, let’s get back to that core question. When a child asks you about unicorns, or any other focus that might counter those beliefs in their fantasy world, what do you do?

As it turns out, you don’t really have to give a yes or no. In fact, it’s more productive to flip the question back to the child. This cuts to the core of why we have fantasy, and nudges little ones to examine why they believe what they do.

If the existence of a particular troll, oven dragon or local elf is a particularly contentious subject with your children, you might even bring everyone together for a group discussion.

The point of this isn’t to land on a concrete answer, but on the process of discussion, and learning how to critique and reconsider our ideas. While those unicorns and oven dragons might not follow us all the way into adulthood, we can help make sure that the underlying creativity and imagination stays with us our whole lives.