How To Apply The Leuven Scales In Practice

Stop using wellbeing and involvement as another observation checklist

Stop using wellbeing and involvement as another observation checklist
and

This article has been updated as of April 2021.

The Leuven scales of well-being and involvement can make a huge difference to the lives of the children you look after.

But not if they’re just another checklist item to tack onto your observations.

First pioneered by Ferre Laevers and his team at Leuven University in Belgium, the Leuven Scales help you to understand how focused and comfortable children are in the setting.

To get the lowdown on Leuven Scales, we spoke with Dr Sue Allingham, who runs Early Years Out of the Box Consultancy. Sue has an MA and a doctorate in Early Childhood education, writes regularly for Early Years Educator where she’s the Consultant Editor, and has trained with Ferre Laevers himself on how to apply the Leuven Scales in the UK.

We’ll get onto the specifics of the scales shortly, but first, why do they matter?

The well-being and involvement sweetspot

According to Laevers, high levels of both well-being and involvement allow children to experience deep learning. A happy, involved child is one who can experience the world at its fullest. They truly learn from those experiences.

A child with low well-being is far more likely to exhibit extreme behaviour and they’re never going to engage with the opportunities in your setting.

“If we’ve got well-being, we’ve got a lot,” says Laevers. “It indicates for us that everything that has to do with the personal social and emotional development of the child is going well.”

And yet, it’s not enough by itself. A child can be happily getting on with tasks, and never cause any problems, but it doesn’t necessarily mean they’re being challenged and finding opportunities for focused learning.

“So many times people say ‘He’s really involved’ and actually he’s not, he’s just 'doing' it,” Sue explains. “Children are very biddable and so if you give them a task to do then they’ll do it for you and they’ll smile. But that doesn’t mean they’re involved in it.”

High levels of involvement, coupled with high levels of well-being – that’s the perfect recipe for deep learning and development.

The Leuven Scale of well-being

Time to dig into those scales.

Both well-being and involvement are scored from one to five, with one being the lowest level and five being the highest. Let’s see what Ferre Laevers has to say about well-being, shall we? 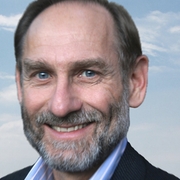 “Well-being is the beautiful stage in which children can be when they feel OK. They feel at ease. They radiate. They are open to anything that comes in.”

- Ferre Laevers, How Does Well-Being and Involvement Contribute To The Quality of Learning

Both Leuven Scales that you’ll find here are adapted from A Process-Oriented Monitoring System by Laevers et al. They are:

The Leuven Scale of Involvement

The scale of involvement is less about a child’s happiness, but how focused and – well – involved they are in what they’re doing. I'll give it over to Ferre:

- Ferre Laevers, How Does Well-Being and Involvement Contribute To The Quality of Learning

And here are those five levels:

So how do I use the Leuven Scales?

Observation and assessment are a key part of the Leuven Scales. Making them part of your reflective practice will give you a much deeper understanding of the children you care for. But it’s not a quick fix.

“It is a time-consuming thing,” Sue admits, “but this isn’t just another tick list or another thing to add to your to-do list. When used properly it can be a really powerful tool.”

More than an observation tickbox

An observation should, by its very definition, be a 'wow' moment. So using Leuven Scales as a tick box on an observation is often meaningless, because you’ll never catch the children at the lower end of the scale – and that’s exactly who you’re trying to assess.

“You might want to say in an observation that a child was particularly involved,” explains Sue,” but you shouldn’t just tack a Leuven Scale assessment onto an observation. That’s not what they’re for.”

So how should we use Leuven Scales? For starters…

First and foremost, you should be making Leuven Scale assessments on children you’re concerned about.

“It’s a useful tool if you’ve got a concern about anything or anyone,” says Sue, “or if there’s a specific group of children that you’re involved in.”

A one-off observation is not enough, because children change over time. The way they feel one day may be completely different from the next.

“Things change,” says Sue. “Just because a child’s well-being or involvement is high one week, it doesn’t mean it will be the next. You shouldn’t be making a judgement until you’ve done a number of assessments.”

Settling in can be a particularly stressful time for children. Because the Leuven Scales help identify distress and reactions to new environments, they’re particularly good for understanding how your children are settling in.

“They’re always useful for children settling in,” agrees Sue. “It’s so easy to make so many sweeping judgements about new children without really seeing how they’re settled.”

3. Using them on your staff

If you really embrace Leuven Scales, you'll be surprised at just how many uses they have.

“Ferre would advocate that it’s something you could do with the adults in your setting too,” says Sue. “It’s not just about the children.”

Once you truly understand the material, you’ll realise that the theory applies to any age group. You'll probably start feeling the need to measure your partner’s involvement in the conversations you have over your spaghetti, or the well-being of every supermarket worker you meet.

And your staff are just as important as the children. Their involvement and well-being really does matter in order to give children the best care they can.

“If your staff well-being and involvement is shot to pieces, then what hope do you have with the children?” asks Sue.

And how to use these assessments?

Once you’ve made the assessments, you’re only just getting started. It’s time to make it a critical part of your reflective practice.

“From there, you have to start really looking beyond what you see and taking the ‘soft data’ stuff,” says Sue. “What do you know about the child? Do you know if they have breakfast, for example? From there, you use it to look at your own practice, and find out ways you can improve.”

Luckily, the Ferre Laevers-directed Research Centre for Experiential Education has produced a list of 10 action points to get you started.

If you're completely new to the idea, try these 10 ideas first:

But, mostly importantly - you should have a deep understanding of your children and their challenges.

You know your children best, as well as their competencies and interests. Children need to be faced with challenges and experiences that are not too easy, nor too hard, and that all starts with you and your understanding of your children.

As Ferre says “Involvement is only possible when there is a certain match between your capabilities and the environment around you.”

How to spot high well-being and involvement

We've gone through why the scales are such a great tool to weave into your practice, but what does high well-being and involvement actually look like?

These signs, adapted from the brilliant Pen Green Centre documents you’ll find at the end of this document, are a fantastic place to start: