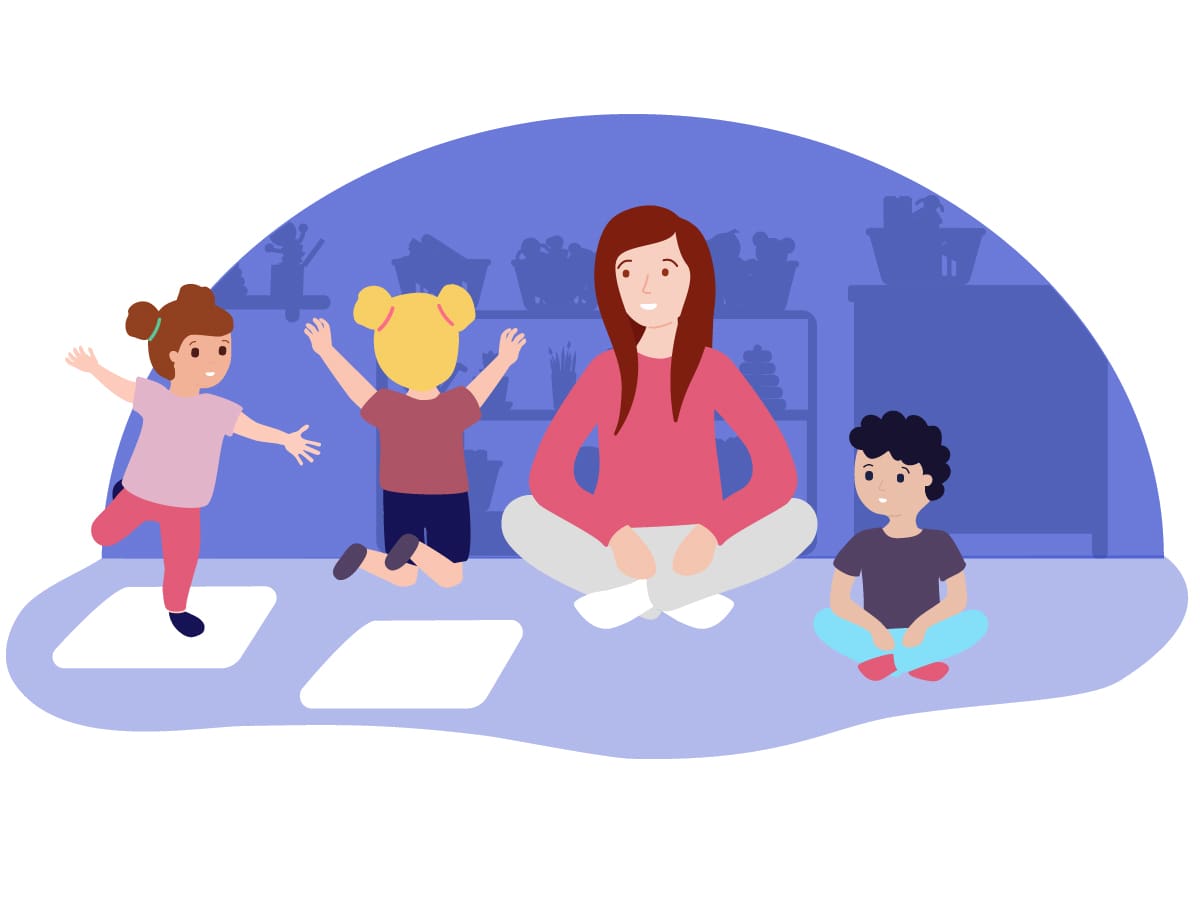 Once upon a helicopter story

Boost creativity, imagination and emotional skills with pen and paper

Boost creativity, imagination and emotional skills with pen and paper
and

Children have the most magical imaginations. An old loo roll? It’s a telescope. A wheelbarrow? An ancient Egyptian chariot.

And what are we talking about? Helicopter Stories.

Helicopter Stories let children dictate and act out a story of their own making. It’s a completely open-ended approach, as children can interpret and act out their story any way they like. They use their arms to create windmills, or their whole body to make trees.

As a practitioner, you can help boost creativity, emotional and social development and promote teamwork - and all you have to do is listen and write!

I had the chance to chat to Trisha Lee, founder and artistic director of Make Believe Arts, a theatre and education company. Trisha helped introduce Helicopter Stories to the UK, and has even written an entire book on it. We thought she’d be the perfect person to chat to about Helicopter Stories  and their potential for children’s learning.

We’ll dive into why creating stories is so powerful in helping children learn, why Helicopter Stories take that learning to the next level, and how you can easily introduce them.

So what exactly is a Helicopter Story?‍

Helicopter Stories are actually really simple - the core idea is to let children dictate their own story, see it written down on paper, and perform it alongside their peers. They use their hands, their whole body and their voices to perform.

“It’s about celebrating the poetry of children’s language, as well as the way they speak and act,” says Trisha.

Once you scribe a story, read it back to the children  and invite them to  act out the way  they think the characters, objects and buildings will look. This places the child at the heart of their own learning, as they’re the ones driving the story with their performance - you’re just there to give them a helping hand.

The use of storytelling and story acting, or what Trisha calls Helicopter Stories, was started by the wonderful Vivian Gussin Paley, a Boston teacher who made it her life’s work to put children’s learning to the forefront. Trisha is determined her legacy will not be forgotten.

Trisha named the approach after one of Vivian’s books - The Boy Who Would Be a Helicopter. Think of it like a child stretching their arms far and wide to embody a helicopter!

If a child is desperate to tell a story about their new rabbit, or about the pancakes they had that morning, then Helicopter Stories let them act out those ideas and emotions.

We’ll go into how much a difference you can make by introducing this storytelling and story acting in a minute, but first here’s the run-down of how Helicopter Stories work from start to finish:

Traditional storytelling itself is magical - it lets children use their imagination, and lets their creativity soar as they visualise the story. All that creativity and imagination is a tool for children to explore the world they’ve just been brought into - even if it’s just exploring that mummy works in a hospital.“Stories help children make sense of the world,” says Trisha.

But if we look at the story acting and performing side of Helicopter Stories, it takes that learning two steps further.

Children are free to explore ideas and perform them- it lets them visualise and perform any scenario, adventure or idea that’s on their mind. One minute a child is baking a birthday cake, the next a child might be riding a camel through the desert. ‍

Even just reading stories to children about big emotions is a fantastic way for them to start working through things they don’t quite understand yet. But Helicopter Stories put those big emotions or ideas in a context they can really understand.

They let the child work through a big emotion, idea or event sitting on their shoulders by processing it in a way that’s accessible to them - by visualising and working through it with movement. This could be a family member passing away, a big traffic accident or divorce.

“I once had a child create a story about the tragedy of 9/11, and I was a little worried,” admits Trish. “It was a powerful story, and the child who told it wanted to be the plane [...] It turned out to be one of the most powerful stories I have ever seen.”

“We get worried because we ourselves don’t know how to talk about it, and we might be afraid that children will trivialise it,”says Trish. “I kept saying ‘Trust the child, trust the child,’ and I am always amazed at the results.”

The children asked to act it out again - it was away for them to process the images they’d seen on TV, and the news that constantly surrounded them. It helped them make sense of a big, scary event in a safe, controlled and accessible way.

The building blocks of literacy

Believe it or not, the benefits of story acting don’t stop there. Encouraging children with their oral language development has a wonderful effect on their writing skills later on.

Getting children to act out their stories while seeing them written down gives them a language-rich environment. You’re not only supporting their oral language development, but you’re providing the building blocks for writing at a later stage.

Trisha notes that, because of Helicopter Stories, children have an increased willingness to write. All stories should be acted out on the day they’re written down, so if a child realises that they won’t be able to have their story written down by a practitioner, they run to paper and try to write it out themselves.

This is true even for children still in the mark-making stage - they’re desperate to tell their story and act out their preferred character.

In short, Helicopter Stories provide excitement and creativity that has children rushing to put pen to paper, even if they’re not able to do the actual writing yet. It’s all about giving children exposure to language, vocabulary and grammar - in as many ways as you can.
‍

Top tips to keep in mind

Before you draw out a stage and invite children to act out characters, here are few top tips to get you started:
‍
‍Take a step back

‍Try to model instead of correcting

‍If you’d like to read up a bit more about the helicopter approach and Trisha’s online learning resources, feel free to follow through to the website here.