Wendy Usher: How To Hear A Non-Verbal Child’s Voice

Communicating without a word being spoken

Communicating without a word being spoken
and

In her first article for us, Wendy Usher explains how you can understand what non-verbal children are trying to communicate to you and find the causes for their distress, through:

The term ‘non-verbal’ is used to describe children who do not talk.

But is this strictly true? Just because a non-verbal child doesn’t speak any actual words, it doesn’t mean they aren’t communicating with us.

When a child is born, we often rely solely on the signals they give us through crying. We recognise different crying to have different meanings. It could mean ‘I’m hungry’ or perhaps ‘I’m tired’ or simply ‘I need a cuddle’.

As the child develops we expect the crying to become vocalised as they develop language skills and the ability to express their needs, wishes, and feelings.

But for a child who has no verbal communication, we need to interpret and understand what signals they’re giving. For many non-verbal children, the answer lies in their behaviour.

It’s easy to forget that behaviour itself is a form of communication. If this is so, the question we need to ask ourselves is what is the communication behind the behaviour?

Sienna is a young girl who has Autism and Epilepsy. She is unable to walk or talk and is a wheelchair user. When attending a new therapy session she was laid on the floor in a room she did not know. A stranger was touching her and moving her legs. Sienna started to make moaning noises and the therapist turned to Mum and said ‘She likes this, she is making happy sounds’.

Mum’s interpretation was completely different. To her, it sounded like ‘What’s happening? I don’t know this person and she is touching me. I don’t know what’s going to happen next. And I don’t like this room, it’s far too bright’.

How do I understand the child’s behaviour?

If you are working with a non-verbal child, the first step is to recognise who is in the best place to interpret sounds, gestures, and behaviours. Never be afraid to ask for a parent’s thoughts when you’re trying to interpret a child behaviour – they are the ones who know the child best.

Observation is another key to understanding behaviour.

For a child on the autism spectrum, for example, ‘stimming’ is a term that describes a form of self-stimulation. It may mean that a child spins in circles, flaps their hands, or exhibits another sign such as a twitch or tugging on clothes.

There is no single reason for this behaviour – for some it may mean excitement, while for others it may mean ‘I’m scared’ or ‘I don’t know what to do next’. To understand what a particular child’s stimming means, we need to observe and learn from the situation.

How to observe a non-verbal child

When you are observing a non-verbal child, the observation must not be limited to the child’s emotional state. This might do a good job of helping us to understand if the child is happy or upset, but it doesn’t tell us why.

This is where you need to take a broader look around, in particular, whether the behaviour could be connected to elements of the environment.

Does the stimming occur more regularly in a particular space or location within the setting? Is the child being affected by sensory stimuli such as bright light, a draft from a door, bright colours that are confusing, or too much noise? If the behaviour occurs regularly at a certain time of day does it indicate that the child is hungry or needs the toilet?

When it comes to your record-keeping, try to ensure that you’re not just recording what you are literally seeing from the child, but that you’re keeping an open mind to help identify hidden messages within the behaviour.

Time to consider an example…

Let’s imagine we have a young non-verbal child aged four attending a summer activity scheme. During the scheme, he played happily but every now and then his behaviour changed dramatically. He would scream loudly, turn his head and put his hands over his eyes. He would then start to bang his hands against his head violently.

Where to begin? Was it a headache? Why was the transition in behaviour so quick? Why did he cover his eyes? What had he seen?

Through careful observation and recording, the team noticed that he only did this when a particular member of staff was near him. From here it was about considering the things it could be about her that made his behaviour change.

Was it her perfume he didn’t like, or her clothing? Was it her manner or something he reminded her of? On comparing observations, it was seen that the behaviour also happened occasionally with another staff member or child. So what was the common denominator?

Through a process of elimination, it was discovered that he was scared of anyone wearing open toe sandals or flip-flops. It turns out that he had an unfounded and total phobia of seeing toes!

In this case, the behaviour was simply eliminated by asking all adults and children to wear socks and no flip flops.

The child’s voice had been heard without a word being spoken.

Another way of communicating non-verbally

Other non-verbal children may wish to communicate with you through the use of objects. For example, they might give you a cup when they’re thirsty, or take you to a toy that they wish to play with. Others may use visual symbols or photographs to indicate their wishes.

If you are working with a child who relies on objects of reference or visual clues and cues, the key is to make sure that you still use simple language. We live in a verbal world and just because the child does not ‘speak’ verbally, we still need to encourage them to engage and respond to verbalisation.

Wendy Usher has spent over 40 years working in the early years sector, specialising in inclusivity. She runs Inclusion Training For All, which delivers training on inclusivity throughout the UK, and runs workshops, speaks at events, and has written 13 books. 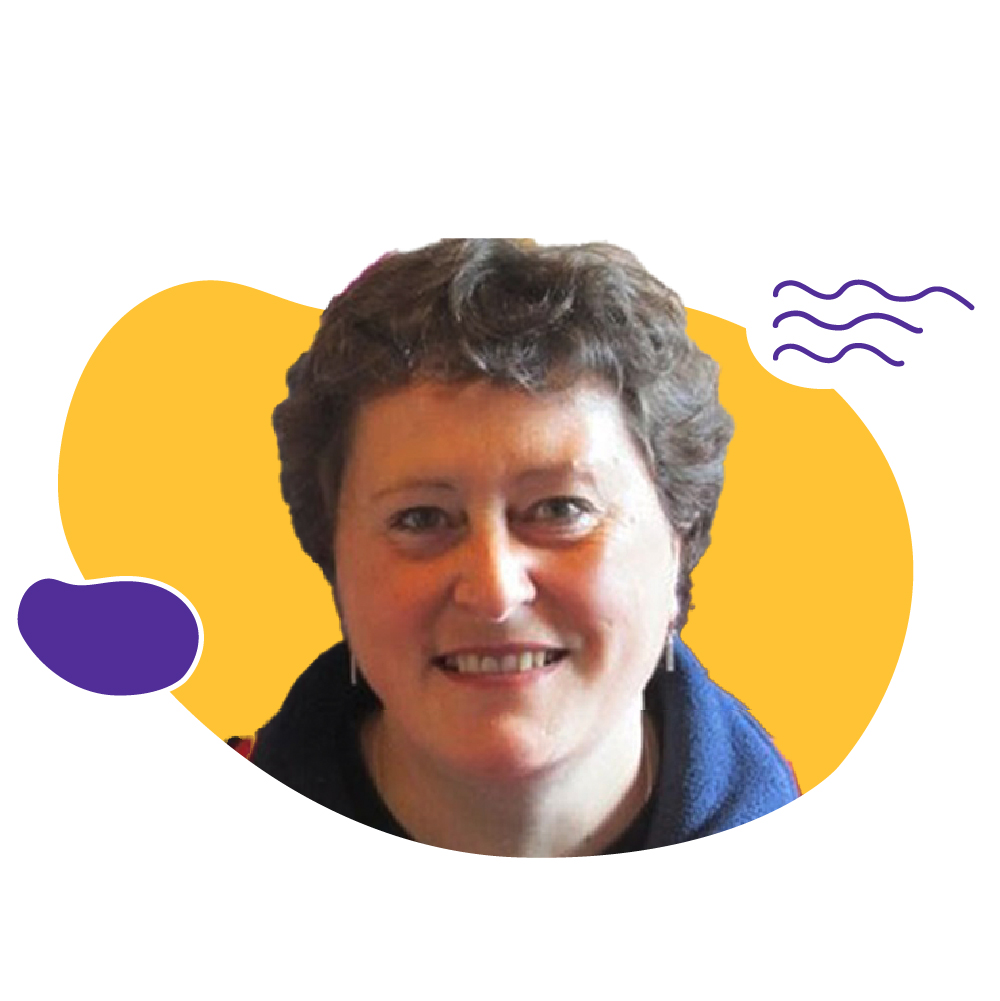 Wendy is Director of The Play Doctors, a company supporting the inclusion of all children through the provision of resources, training and consultancy

Wendy is Director of The Play Doctors, a company supporting the inclusion of all children through the provision of resources, training and consultancy 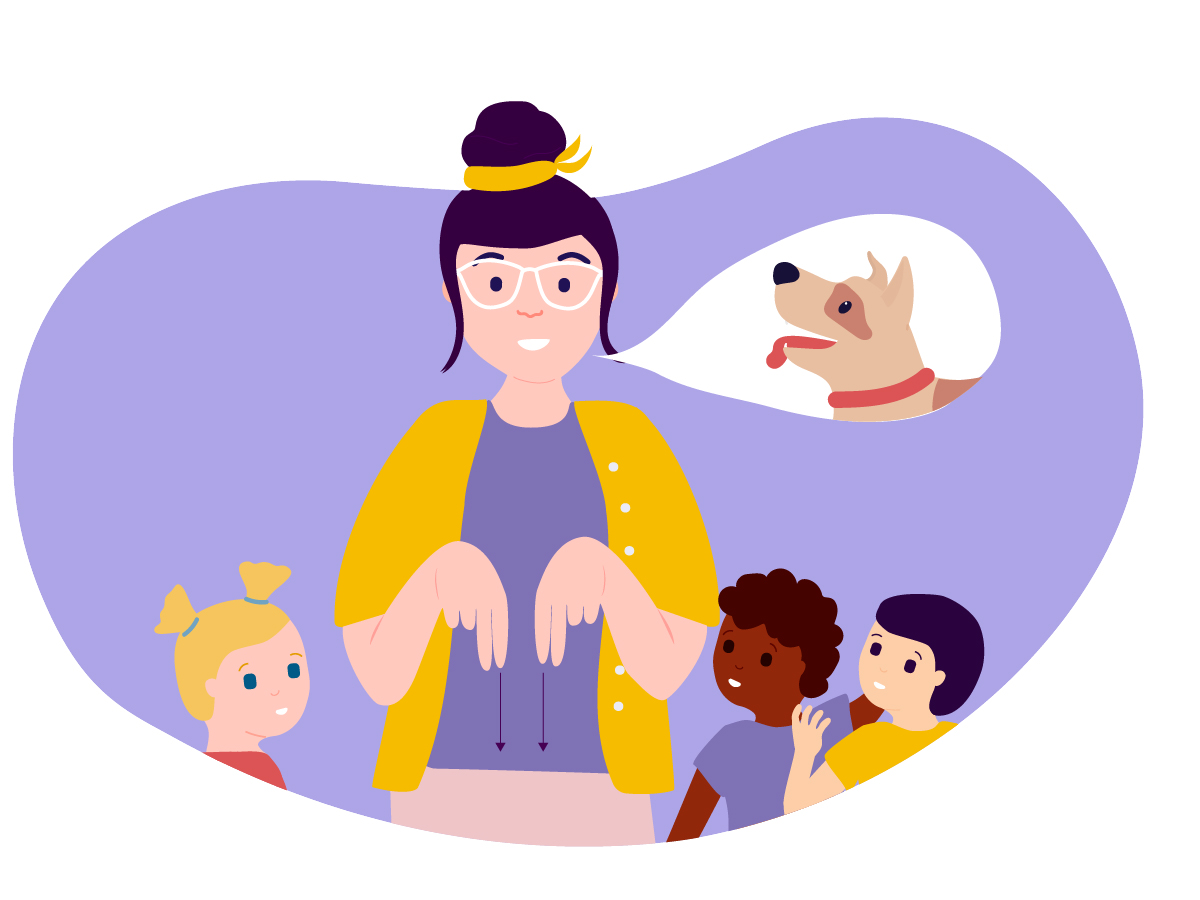 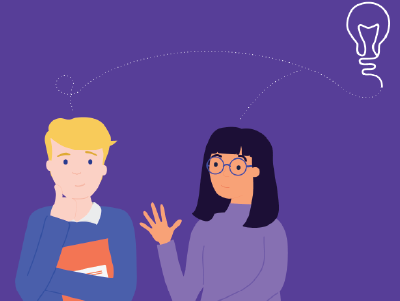