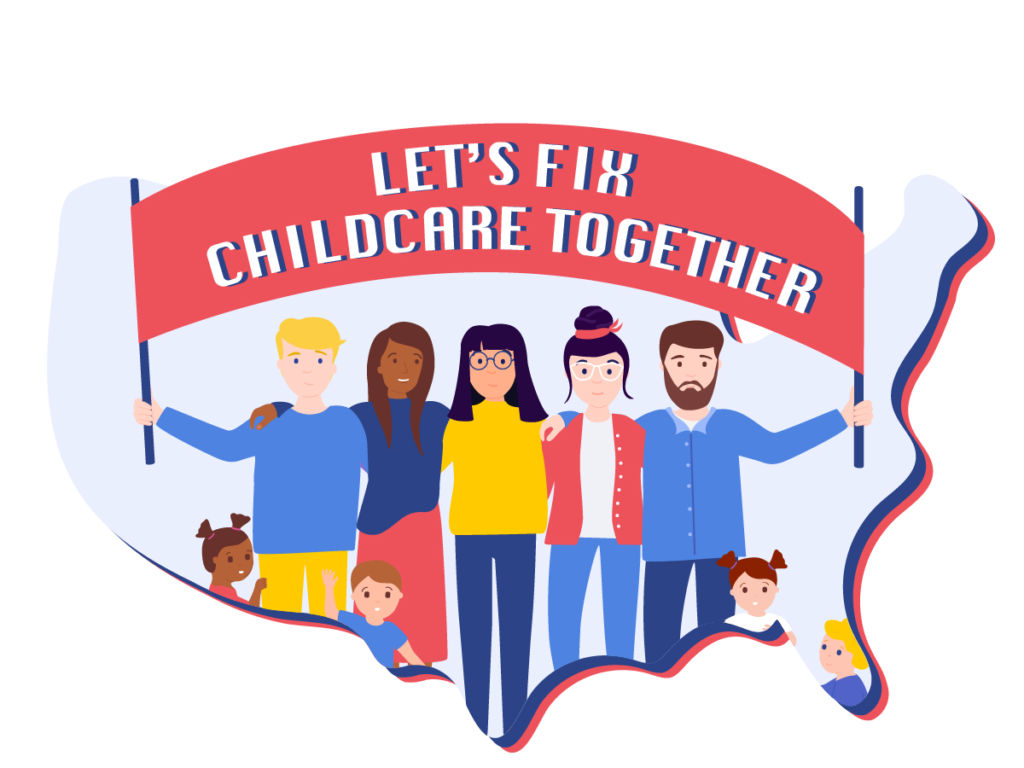 The Coronavirus Threatens US Child Care. How Do We Save It?

How did child care get to be so essential, yet so overlooked?

How did child care get to be so essential, yet so overlooked?
and

The coronavirus pandemic has made the essential nature of child care perfectly clear.

At the same time, it’s the biggest threat the sector has faced in years.

Millions of parents across the US — forced for the first time to juggle early education and their own job — have begun to realize just how much hard work, expertise and patience goes into full-time child care. It’s an important realization for a sector that has been historically undervalued. Now is the time for us to capitalize on that, and to explore a question that troubles child care workers in the US and across the world.

How did the sector get to be so essential, yet so overlooked?

And as we push through this crisis, what can we do to make sure that child care workers get the recognition and support they deserve?

My hunt for answers led me to Elliot Haspel. Elliot is a parent, a former teacher, and an expert on American early childhood education and K-12 policy. He co-founded the nonprofit Education Success Network, worked as a policy analyst for the Virginia Early Childhood Foundation, and in 2019 wrote Crawling Behind: America’s Child Care Crisis and How to Fix It. I called Elliot for a conversation about the child care sector under the coronavirus, and where we go from here.

Reckoning with the coronavirus

In April, just about a month after the coronavirus started spreading widely in the US, the Bipartisan Policy Center found that 60 percent of American child care programs had closed. The Center for American Progress estimates that without federal support, as many as 4.5 million child care slots could disappear after the pandemic.

Although the CARES and HEROES Acts did include specific support for the sector, this money quickly ran dry, and many providers reported not being able to access the intended relief funds. The National Women’s Law Center suggests that the American child care industry needs $9.6 billion in federal funding each month to weather this crisis.

The pandemic hit American child care hard and fast. As Elliot explains, this is because the sector’s business model was fragile to begin with.

“Child care can’t really operate with particular financial health. Even though they’re charging a lot of money, that’s still not what it really costs to provide a high-quality program, because child care is just expensive. It’s labor intensive, you want low ratios of adults to children, and you want those adults to be well-trained and well-compensated.”

But what made child care so vulnerable in the first place?

In short, Elliot says, the problem is a lack of federal funding.

“Relative to the rest of the developed world, the US child care system has significantly less public investment, and puts a significantly higher burden on parents to provide the money that makes the system run. Looking at the percentage of GDP that OECD countries put into their child care, the US ranks third to last.”

Without substantial federal subsidies for the sector, there just isn’t much money to go around. Directors and owners face slim profit margins, but they can’t raise their fees, because parents are already struggling to pay for child care. And if a child care center only collects $10,000 for service that costs $30,000 in teachers’ wages and materials, there’s a deficit.

Elliot says child care workers effectively end up subsidizing child care through being underpaid. Their wages are, on average, some of the lowest of any sector in our economy.

But despite the sector’s financial struggles, the whole country still seems to expect child care workers to spearhead the nation’s reopening. The National Association for the Education of Young Children sums up both the challenge and opportunity of this situation:

“The way the system is financed leaves too few children with access to high-quality early childhood settings, too many early childhood educators living on poverty-level wages, and too many programs one rent payment away from closing down. We can’t go from the proverbial frying pan into the fire — from this crisis back to the crisis that was already defining our early learning systems.”

What’s holding us back?

The good news is, pretty much everybody wants more support for child care. In fact, improving child care is one of the most universally popular platforms in American politics.

But if we all want it, how come it hasn’t happened?

It takes time and energy to talk to legislators, to send out mailing lists and organize local events. Even though there’s millions of parents who would benefit from federal support for child care, most just don’t have the bandwidth to push for it. Plus, when children turn six, they’re out of child care and into the public school system — so there’s a relatively slim window when parents are personally invested in improving child care.

Another challenge Elliot points to is the lack of cohesion in the American child care sector. There’s nonprofit providers, private providers, religious providers, family providers working out of their homes, nannies, au pairs, mom and pop operations, and big multi-state businesses. With so much variety, it’s difficult for the sector to organize, align, and coordinate as one.

“We’re starting to see change in pockets, but the US still lacks a grand strategy. There’s no one agreed-upon vision for what an effective system looks like. And it’s hard to create a movement without a vision,” Elliot says.

What separates the US child care system from the rest of the world? According to Elliot, it’s who pays for it.

He traces this divide back to the end of World War II. During the war, the US actually introduced a federally-subsidized child care program through the Lanham Act, meant to enable women to work in wartime manufacturing. After the war, Europe invested more and more in public services like child care, while the US peeled it back.

The thing is, child care is still an expensive service. Cutting federal spending doesn’t make it magically cheaper, it just shifts the burden to teachers, directors and families. And, Elliot adds, it makes good child care hard to find in some areas.

“We have a low-wage workforce, and the quality and availability is very variable. It’s hard to find spots in child care in many places in the US, because there aren’t enough providers, because the business model doesn’t work,” he says.

Change around the world

When Elliot points to global examples of improvements in child care, he notes that most of these are hard-fought gains. In the 1970s and 80s, Finland saw a series of big political battles over child care, which produced two major bills that effectively quadrupled the number of child care providers in the country. Now, Finland has one of the strongest publicly-provided child care systems in the world.

Earlier this year, Ireland — one of two countries ranked lower than the US in terms of public investment in child care — saw tens of thousands of child care workers gather for union-led protests demanding more investment in the sector. As a response, the new Irish government has made child care support a major priority, particularly within the national coronavirus response.

“There was advocacy, there were protest movements involved in creating those systems. The US has never really had that materialize so far,” Elliot says.

The tools of change

Right, enough’s enough. American child care needs help. You feel it, your team feels it, the parents dropping their children off each day feel it.

But what do we actually do about it? And where to start?

According to Elliot, two things are key: Coordinating the voices advocating for child cares reform, and figuring out exactly what we want.

As a first action, Elliot recommends that providers and parents sign up for advocacy-focused mailing lists. These are an easy way to get connected with relevant news about US child care and parenting, and find new resources to get organized and involved in local and national advocacy.

As we push for national organization, it’s important to recognize that change is already happening all over the country. Just last fall, child care workers in California won a 16-year legal battle in the state, finally giving collective bargaining rights to over 40,000 workers.

As Elliot says, it all starts with recognizing the need for change.

“I think there’s a sense that this is just the way it is, this is the hand we’ve been dealt. But looking at other countries, we can see that it’s possible to change. It starts with showing that it doesn’t have to be this way.”