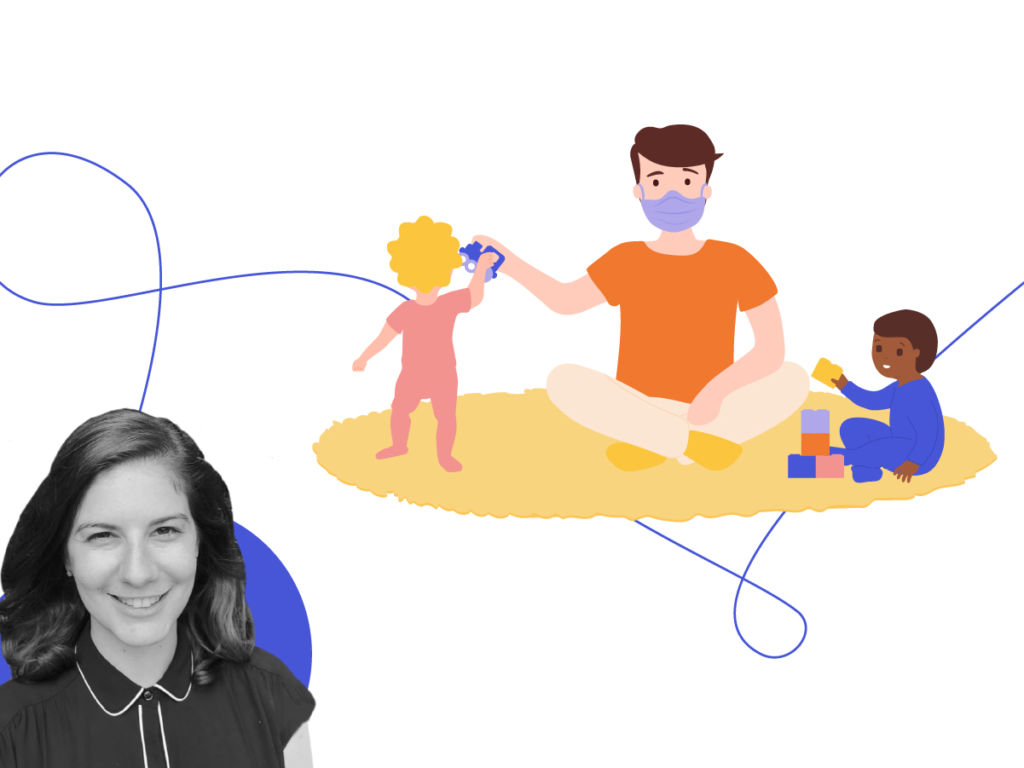 Here's how providers in Brooklyn organized to protect the sector during the pandemic.

Here's how providers in Brooklyn organized to protect the sector during the pandemic.
and

In late March, New York City was reporting nearly 9,000 new cases of COVID-19 each day. The city shuttered its schools and businesses, and a stay-at-home order went into effect.

“This was at a time when New York was just ambulance sirens all day long. It was a scary place. And we could have just stayed open, because we had not received any guidance saying we needed to close,” she says.

Melanie is the Education Director at Brooklyn Schoolhouse, a private preschool in Brooklyn’s Clinton Hill neighborhood. When New York City flared up as the first major epicenter of the coronavirus in the US, lawmakers and local officials scrambled to piece together an effective response to the disease. But as they did so, they left the child care sector behind. Neither Melanie’s center — nor any other early educators in New York City — received any info on what to do.

In the absence of meaningful state guidance, Melanie found support in the Brooklyn Coalition of Early Childhood Programs. It’s a grassroots coalition of child care providers, formed in the midst of the pandemic, that’s working to keep Brooklyn’s child care providers afloat. As the sector faces an uncertain future, the BCECP is an example of how child care workers can find strength in numbers, and support in their local community.

How a grassroots group starts

It all started with an email from a stranger.

The email came arrived in Melanie’s inbox in late March, as the severity of the pandemic in New York City was becoming more serious by the day. It was an invitation to a Zoom call with other child care directors and managers, with no broader goal than to just discuss what was going on.

When Melanie joined the call, she found about 50 other Brooklyn-based child care directors and managers, all in the same boat as her. Their problem was a lack of information. The New York City Department of Health and Mental Hygiene, which acts as the city’s child care permitting agency, hadn’t so much as told anyone to shut down.

“We were all gathered together, and we realized that none of us was getting any information. We realized we needed to make demands,” Melanie says.

The participants of that Zoom call became the Brooklyn Coalition of Early Childhood Programs.

Today, the BCECP represents about 80 different providers from across Brooklyn. All the providers involved serve children ages five and under — but beyond that, they represent every corner of the sector. Some members are home-based providers, some are small non-profits, others are large for-profit centers, others still receive public assistance to offer subsidized care.

Viewed as a whole, the providers of BCECP reflect the sector’s wider struggle. The lack of proper regard, support and attention is an umbrella issue, affecting providers regardless of their size and resources. Especially in a deepening pandemic, the need for community networks like BCECP was critical.

The BCECP began meeting each week through Zoom calls, planning advocacy campaigns and sharing resources on how to best manage their individual centers. They lobbied individual politicians for support and flooded the Department of Health with emails, letters and phone calls asking for action.

Each week, Melanie said, the group got a bit more visibility. They’ve gotten co-signs from New York City Attorney General Letitia James and city Councilman Brad Lander, and credits their advocacy with contributing to greater coverage of the sector’s challenges in the New York Times, Washington Post and local networks.

But there’s still work to be done. In late June, after months of lobbying, New York child care providers finally received a set of health and safety guidelines to use. But these rules were for children’s day camps in all of New York state — meaning a small outdoor summer program in upstate New York would use the same guidelines as a busy indoor child care center in Queens.

Without clear rules meant for child care in a city as densely populated as New York, Melanie is concerned about the safety’s sector as they plan to reopen in September.

“It’s early August, we’re planning for a September reopening, and New York City— at one point the global epicenter of the pandemic — has yet to give the child care sector their official health and safety regulations,” she says. “I think this definitely made an activist of a lot of us.”

Especially amidst the chaos of a fresh lockdown, having an organized community of workers gave providers a way to share their knowledge and pool their resources. Here are some of the key ways that the BCECP made New York City child care workers stronger during the pandemic:

For a sector that has struggled with finding an organized, national voice of advocacy in the past, the emergence of BCECP is especially significant. It shows that these movements can start local, between neighbors — and that they can make a difference.

To Melanie, the fact that BCECP came together in the chaos of lockdown is all the more impressive.

“Just the fact that BCECP still exists is a huge victory. I mean, what other habits and commitments did we make in March, that we actually kept up through this pandemic?” Melanie laughs. “I think it’s a success that we’ve maintained our energy, stayed organized and had successes along the way.”

In this moment, American child care faces an uncertain future. Policymakers appear to take the sector’s crucial work for granted, assuming you’ll all be there for a September reopening — yet they haven’t given anyone the resources or information needed to reopen with confidence.

Before working in early childhood education, Melanie worked as an assistant principal at an elementary school. For her, this transition was a startling illustration of how the two sectors are treated so differently.

“This past year taught me a lot about how this sector of education is treated, and how we define and perceive child care workers,” she says. “The way we get treated is appalling. But despite that, there’s such an intense dedication in this community to caring for children, and making sure every child has what they need to grow up healthy and creative. In that sense, there’s so much to take inspiration from.”

Early Years Voices is a series all about giving the incredible people of the Early years sector a rooftop to shout from. By using our platform to shine a spotlight on the amazing work you’re all doing to nurture the big people of tomorrow, we hope we might play a small role in boosting public understanding of your vital work.