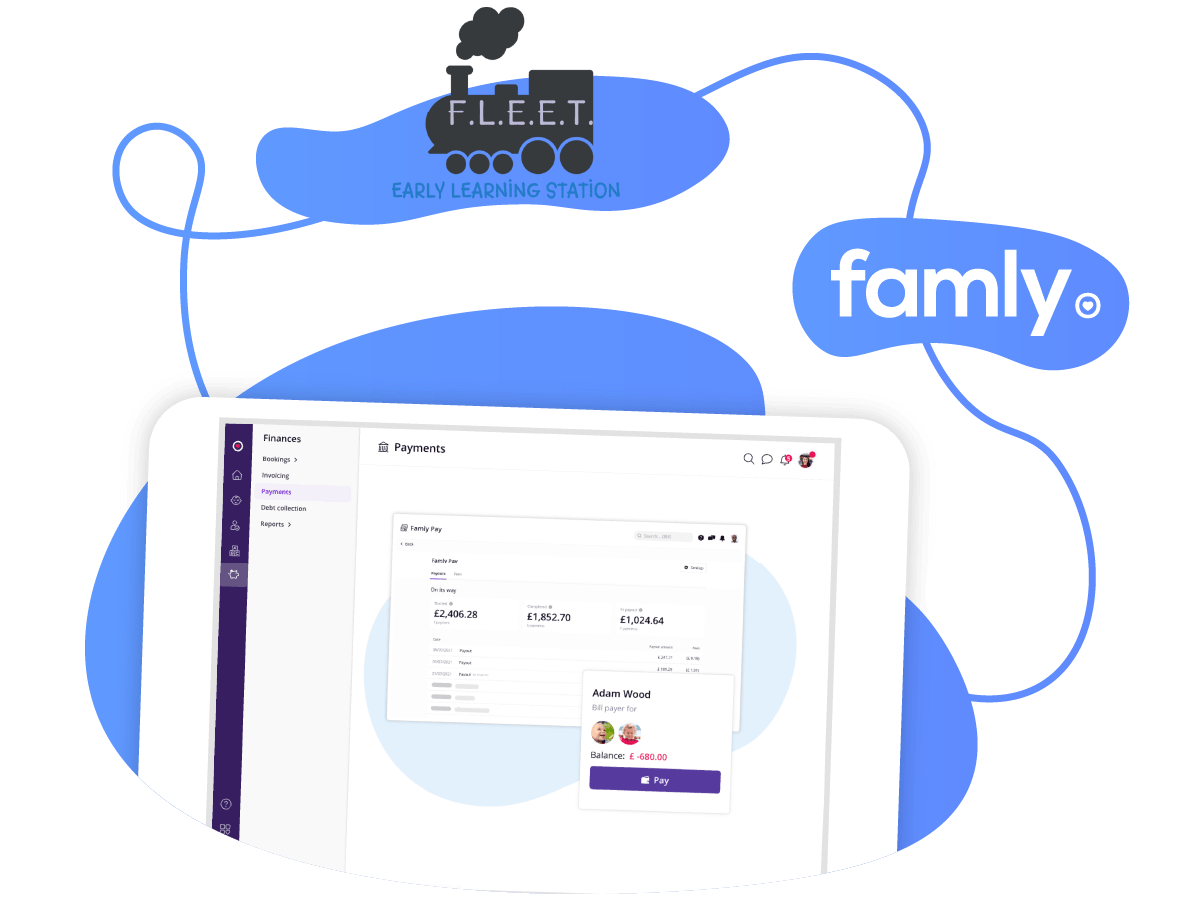 With Famly Pay, 30 minutes is all it takes to handle FLEET’s billing for the week.

With Famly Pay, 30 minutes is all it takes to handle FLEET’s billing for the week.
and

In this Customer Success Story, we're headed to FLEET Early Learning Station in Shawnee, Kansas. Read on to hear from director Tara Van Fleet about how she uses Famly in her daily operations, and how child care software gives her more time to run her program the way she'd envisioned.

When she started out in early education in 2000, every bit of paperwork at her preschool had to be done by hand. She recalls spending hours each day logging every diaper change, mealtime and milestone – and, later on, all the finances.

Back then, handling tuition in child care meant shuffling stacks of paper checks, running credit cards through a carbon imprint machine, and making drop-offs at the bank.

“Closing on Friday nights was a lot. That was the end of the billing week, so you had to make sure all the payments were collected,” Tara says. “We had to take the money to the bank, too. We had a locked bag where we kept all the money, and then we had to go and drop it off before a certain time at the bank. It’s crazy to even think about that now.”

Today, those pre-digital days feel prehistoric for Tara. It’s been years since she’s had to deal with the hand cramps, paper checks and bank runs. Today, she’s the Director of FLEET Early Learning Center in Shawnee, Kansas. And at FLEET, all that analog administration work is now neatly automated and tucked away in Famly.

Let’s look at how Famly meets the daily needs at FLEET, and allows Tara to run her program the way she’d envisioned.

When Tara founded FLEET in July 2018, one of her dreams was to avoid money underscoring her relationships with parents.

Of course, every early educator wants to focus on parent partnerships, centering the child and their learning in the spotlight. But all too often, things like overdue tuition and late fees can become a prickly point of conflict, casting a shadow over those relationships.

“A lot of the children that were coming to FLEET came because the parents had bad experience with the money and administration approach at other programs. So I really wanted to separate that, to make it feel different for parents,” Tara says. “That was my whole thing at the beginning — I didn’t want the parents to even worry about the finance stuff.”

For Tara, her priority was having a billing system that works quietly in the background. She needed her tuition process to run smoothly and automatically, without taking up too much space in her relationships with the parents at FLEET.

That’s where Famly Pay comes in. Since FLEET implemented Famly Pay in January 2022, Tara’s found it to be a great fit for her approach to finances.

“I like that it just works very well, while being quiet and in the background. That’s ideal, because when finances take over as a focal point, that impacts everything else,” she says.

In practice: how Famly Pay works for FLEET‍

At FLEET, sending out weekly invoices for tuition now takes just a half hour each week.

Taylor Stacks, the administrator and office manager at FLEET, steers their weekly billing. With just a few taps within the Famly app, she says parent’s tuition fees come in like clockwork.

On most weeks, this process just requires Taylor to review the auto-generated invoices, to make sure children’s ages match up with their billing rates. Then she hits ‘send’ in Famly, and FLEET’s families automatically receive an invoice in their parent app. They can give it a look and pay early if they like, or just let the payment auto-process on Sunday evening.

This simple process not only cuts down Taylor’s own workload, but also allowed her to reclaim more time in her weekends to share with her family. “I looked for one last time this Sunday, and it was so nice to see ‘zero bills due’ on the screen,” she smiles.

And because these payments go through automatically, the FLEET team no longer chase down parents for missing tuition fees.

As Taylor explains, Famly’s interface also gives parents and caregivers a simple, transparent look into the billing process. “With Famly, when we send the invoice, parents can see it first and look it over before the payment goes through,” she says. This gives FLEET’s parents a valuable sense of transparency with the billing process, and cuts out opportunities for unwanted surprises.

As Tara was preparing to open the doors at FLEET, she knew part of that process meant finding the management platform to fit her vision. Not one to leave any stone unturned, she spent an entire month testing every software provider she could find.

“I did a demo with every single application you could think of. I’m not kidding, it was like a whole month of demos. I probably did 40 of them,” she laughs.

At the end of the month, Tara found that Famly was the best fit for FLEET.

“Whenever I had FLEET in my mind, I knew exactly what I wanted it to be in my head. I wanted software that was very hands-on, for both parents and teachers, but that had some flair to it,” Tara says. “A lot of systems felt very dreary, and just weren’t fun. I didn’t want that. I wanted a platform that made it easy for a mom on her lunch break to look and see that her child is safe, nurtured, happy and thriving.”

Ultimately, it’s Famly’s ability to shine a spotlight on the children that brings the most value for FLEET.

What parents say about Famly Pay‍

With parents, it’s often the simpler things that matter most.

When prospective families visit FLEET, Tara and her team show them the parent end of Famly, and how they use it in their day-to-day work. Features like Famly Pay reduce hassle for parents, and make business administration easier or the FLEET team. But Tara says it’s the daily nap time reports, the meal logging, and the simple, straightforward communication that most often catches parents’ attention.

“Parents like that Famly Pay is just integrated, all-in one, and easy,” Tara says. “But with parents, what I show off more with Famly is the newsfeed. As far as billing, I just go, yeah, it’s all in one. You just press a button and it’s done.”

Famly Pay works for Tara precisely because it’s humming away in the background. The features she shows up front to parents, and where she’s able to concentrate her focus, are on all the tools that help parents and educators connect around their children’s growth.

Money management and billing stresses don’t take up as much space in Tara’s work any more. It’s no longer something she thinks about on a daily basis — and that’s how she likes it. 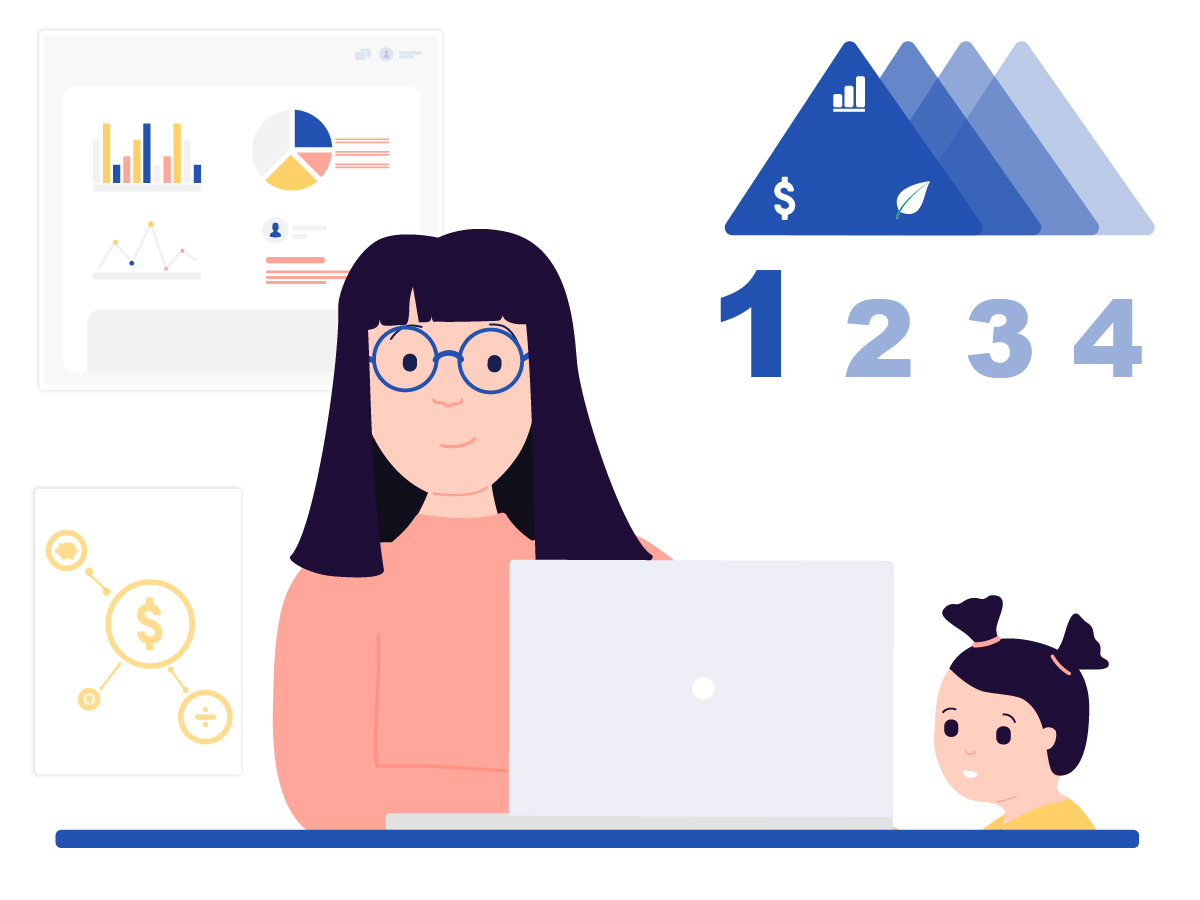 The three keys for boosting revenue in your child care business 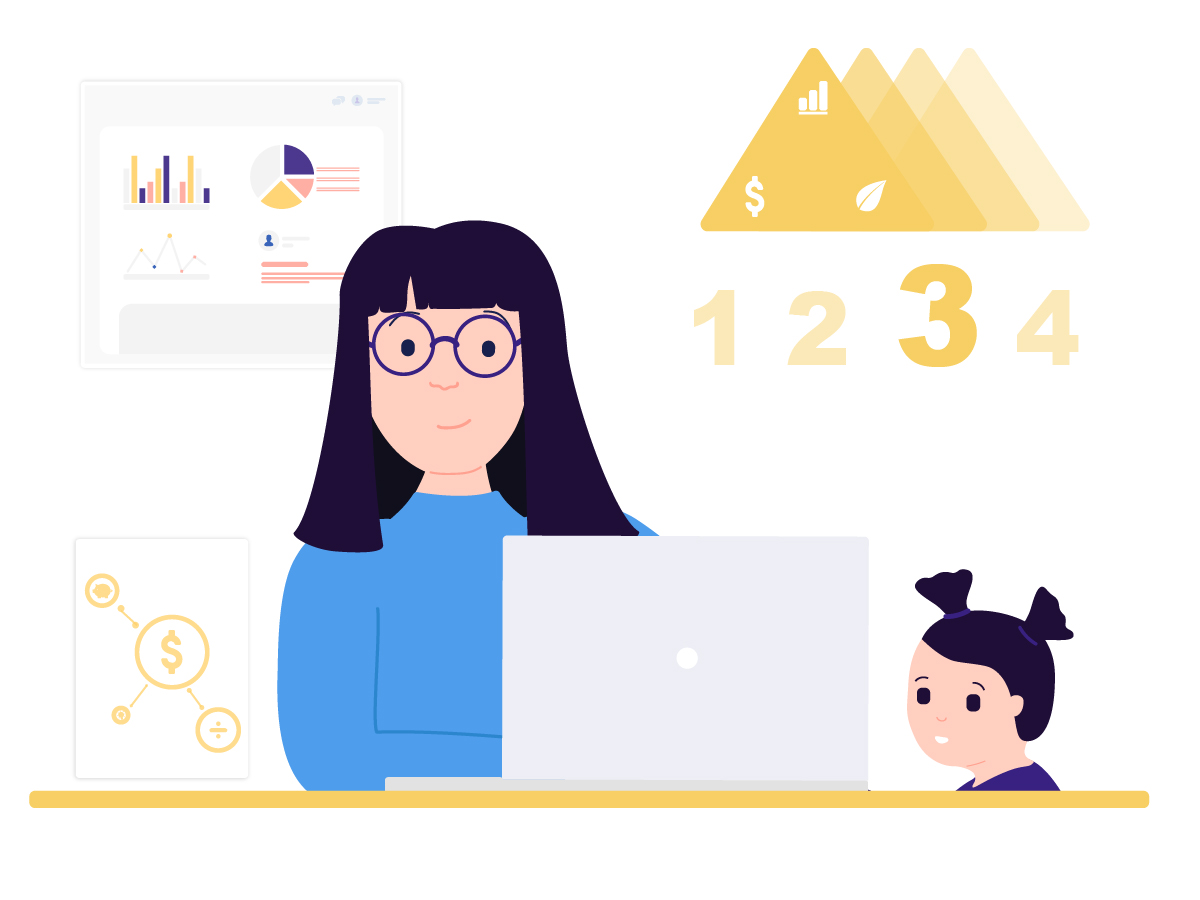