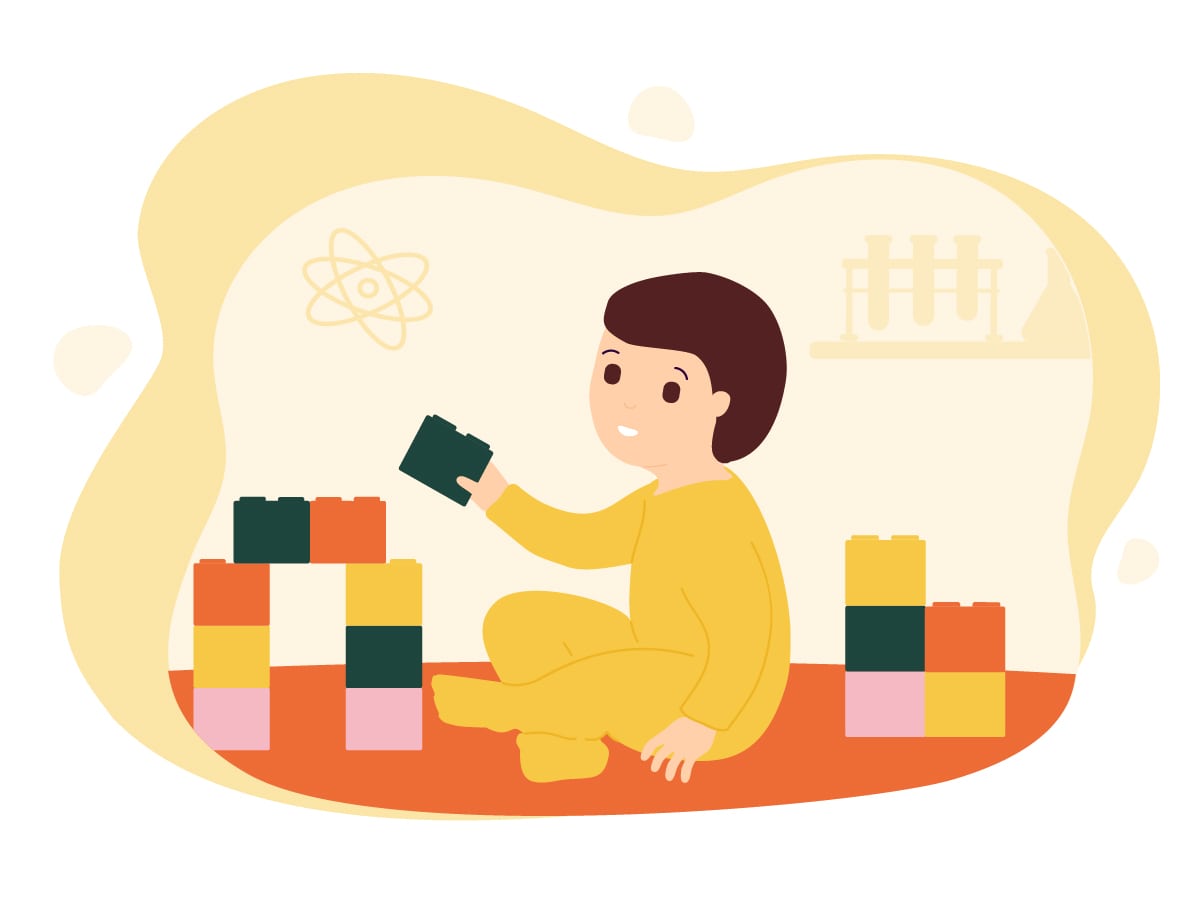 Building STEM skills is more fun than you think.

Building STEM skills is more fun than you think.
and

If you want to raise a rocket scientist, you don’t need to go out and buy that My First Microscope. Odds are you’ve already got what you need in your toy box.

Now, the toys we have as children don’t shape our whole career path. But our choice of toys, as well as the way we play with them, can influence the way we think: What we’re curious about, how we solve problems, what we feel we’re good at.

And if you dive into that relationship between our early toys and our adult skills, it won’t be long before you come across the work of Daniel Ness.

Daniel is a professor at the St. John’s University School of Education, with a research focus on cognitive development. In particular, he focuses on how children build the core knowledge they need to tackle STEM (Science, Technology, Math and Engineering) subjects, and where that knowledge comes from.

Through decades of understanding how we build those core STEM skills, he keeps coming back to one key tool: The humble wooden block.

“I found that children’s mathematical and scientific thinking was actually embedded in exploring the fundamentals of engineering and architecturing,” Daniels says. “That’s what led me to look at how children explore those concepts through block play in early childhood.”

In this piece, we’re going to look at why something as simple as a wooden block could be one of our best tools for building STEM skills with the little ones. The trick, as we’ll discuss, isn’t about some secret way of playing with blocks.

It’s about realizing that sometimes, the simpler toy might be more powerful.

How toy design shapes the way we play

To understand the connection between wooden blocks and rocket science, we’ve got to talk about the concept of affordances.

Basically, an affordance is an object’s function, or intended purpose. In children’s play, it’s how a toy’s design shapes what we do with it.

If an action figure’s got bendy limbs, a little plastic sword and a spring-loaded dart launcher, that design sets some clear expectations on how you should play with it. You’d call that a toy with high affordances. A plain wooden block, by comparison, tells you way less about what to do with it. That’s a low-affordance toy, because it’s more open-ended.

“If a toy has got a lot of different bells and whistles, chances are it has an intended use. It’s more focused on producing a specific result, rather than focusing on the process of imagination and creation itself,” he says.

When a toy doesn’t tell you much about how to use it, that leaves way more open space for you to fill with your own imagination. In other words: The simpler the toy, the more potential it’s got for experimentation.

And as far as toys go, you can’t get much simpler than a wooden block.

So why do wooden blocks have so much potential for STEM learning?

Because playing with blocks puts children’s curiosity front and center.

When children play with blocks, they’re doing what Daniel calls “constructive free play.” That’s the open-ended, creative building process where children use blocks to bring their own ideas to life. And that involves lots of tinkering, experimentation, and trial and error.

This sort of creative play is a learning process. For example, young children can’t just build a massive block castle right away. Before that, you’ve got to learn how to balance blocks, how to build a little wall, and how the different shapes of blocks fit together. And tucked into each of these steps, whether children know it or not, is a little science experiment.

If we zoom out for a second, we can already see some of those core STEM skills coming into play:

With block play, STEM skills don’t come prescribed from an adult perspective on what ought to be exciting about mathematics. Instead, it allows numbers, physics and patterns to take on their own special magic for a four-year-old.

This relationship between block play and STEM learning isn’t exactly new, either. Numerous studies over the past decades have looked at how these early spatial skills and constructive play translate to STEM later on. And whether they look at wooden blocks or LEGO bricks, one thing is consistent: This sort of open-ended, child-led play appears to boost those hard-science skills later on.

But ultimately, block play isn’t about checking off those boxes of ‘skills learned.’ What’s most important is how children learn these ideas: Through play that builds confidence in their own ability to experiment, explore, and solve problems. Playing with blocks helps STEM concepts take root with children in their own way, with their own meaning.

Back in 1693, the English philosopher John Locke praised the power of alphabet blocks in his essay Some Thoughts Concerning Education, noting how they turned letter-learning into a fun form of play. And in the late 1800s, the humble wooden block found fans in some of the most influential schools of pedagogical thought. Today, you’ll still find them featured in Froebel’s play gifts, as part of Montessori sensorial materials, and in the simple forms of Waldorf toys.

In one way or another, the widespread popularity of wooden blocks comes back to their low-affordance design. Children can take block play in every direction — in a toddler's hands, a wooden block might be a building tool, a magic gem or a hedgehog. It's up to them to decide the direction, and fill in all the blanks with their own imagination.

Here’s some other big ways that block play can boost child development:

Though wooden blocks are great for all sorts of learning, it feels important to look at them within STEM. As Daniel explains, that’s because STEM fields are especially at risk of losing that fundamental sense of play.

“The STEM exercises that we give to children often don’t make room for imagination, and instead focus on following a specific process to get one specific correct answer,” he says. “When we’re so over-structured like that, we lose the sense of wonder in our scientific thinking.”

Playing with blocks allows children to explore STEM on their own terms, in a way that’s fun and meaningful for them. That’s what Daniels calls ‘cognitive intrigue’ — the drive to learn about something because we want to, rather than doing it because we’re told to.

That idea of cognitive intrigue is what makes blocks play so powerful, particularly within STEM subjects. It’s not because they teach children hard facts about science, but because they stoke the curiosity that drives us to explore these things on our own.

So how can you get the most out of the blocks in your toybox? When it comes to exploring, playing and learning with wooden blocks, here are our top tips:

How can we work out whose building has more blocks?

What will the people do in your building?

Why doesn’t your tower fall down?

How would you describe the shape of this block?

How can we use the blocks to retell the story that we read at story time?